Chris Derickson spoke on behalf of the Westbank First Nation (WFN) at the First Nations Safety Conference in Nanaimo, mid-October, 2018, Derickson is WFN elected councillor, lawyer, and community planner, "Building WFN has been done through trial and error," he says. The path toward First Nation self-sufficiency could be made no other way, considering Westbank First Nation's progress has been ground-breaking within Canada. "At first we over-built, and there wasn't 'horizon' planning. We were learning about moving away from government under the Indian Act. There is a way out. For us it was a leap of faith."

He knows the WFN way surely isn't for everybody, Derickson says, "Lateral violence, nobody is above it. It happens despite other challenges. It is our reality that in 1963 our members wanted something different." He explains WFN is one of the seven Okanagan Nations, "five reserves, three on the west side of Okanagan Lake."

Today there are 10,000 non-member residents on Westbank property. WFN's 800-plus members have built roads, businesses, malls, "Our youth are accustomed to paved roads and street lights," something those youth often need to explain to kids from other First Nation communities.

"We are looked at as an economic success, and the question is, what drives the success?" Derickson explains, "It is a system of government that undergirds our development, a 5-member council and 200 employees. We have 35 laws to guide development, plus policies and procedures to implement those laws, and a budget of $45 million per year."

The WFN separated from Okanagan Indian Band with 40 members to form their own Band out of entrepreneurial spirit, willingness to try something new, says, Derickson. "By 1980s several businesses were operating," and in the late 1980s the Hall Inquiry had been called to sort out an extraordinary amount of in-house turmoil. There was in-fighting, and division, even lawsuits. "Lateral violence is a learned behaviour, it's got a history. Hall said there would be no criminal proceedings, but also said the WFN of the 1980s and 1990s was labouring under an inept form of government."

Derickson said it would be 15 more years of tumultuous meetings between members, lawyers, the federal government and membership votes. By 2004 they had achieved a bilateral agreement with Canada that protected the reserve properties and released WFN from the Indian Act to self-government and a particularly impressive economic development path. "We are the fastest growing community in B.C., we have a $2 billion assessed value, and a healthy, prosperous future."

Andrea Alexander took to the podium, and she said, "The community commits resources to all, newborns to Elders, Westbank has a great growth curve for these programs. We have an Early Years Program, developmental and parenting skills for WFN families. We are putting resources back into the membership.

"Then we have adolescent and young adult programs that include hunting, trapping, sports (snowboarding and others), golf, and a youth council that helps in guiding programs. The council is composed of 4 boys and 4 girls, ages 15 to 25." The WFN is dedicated to caring for community members, "We have fun, and influence, we offer our members food programs, travel events, Elder programs, vehicle transportation."

Derickson says, "Decolonization and Reconciliation is a complex issue. In our case, so many parts of the community work together to move forward."  The Leap of Faith is a successful work that continues to progress. 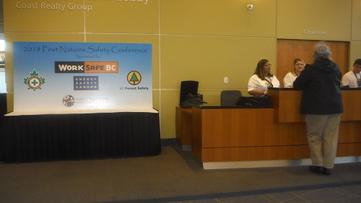 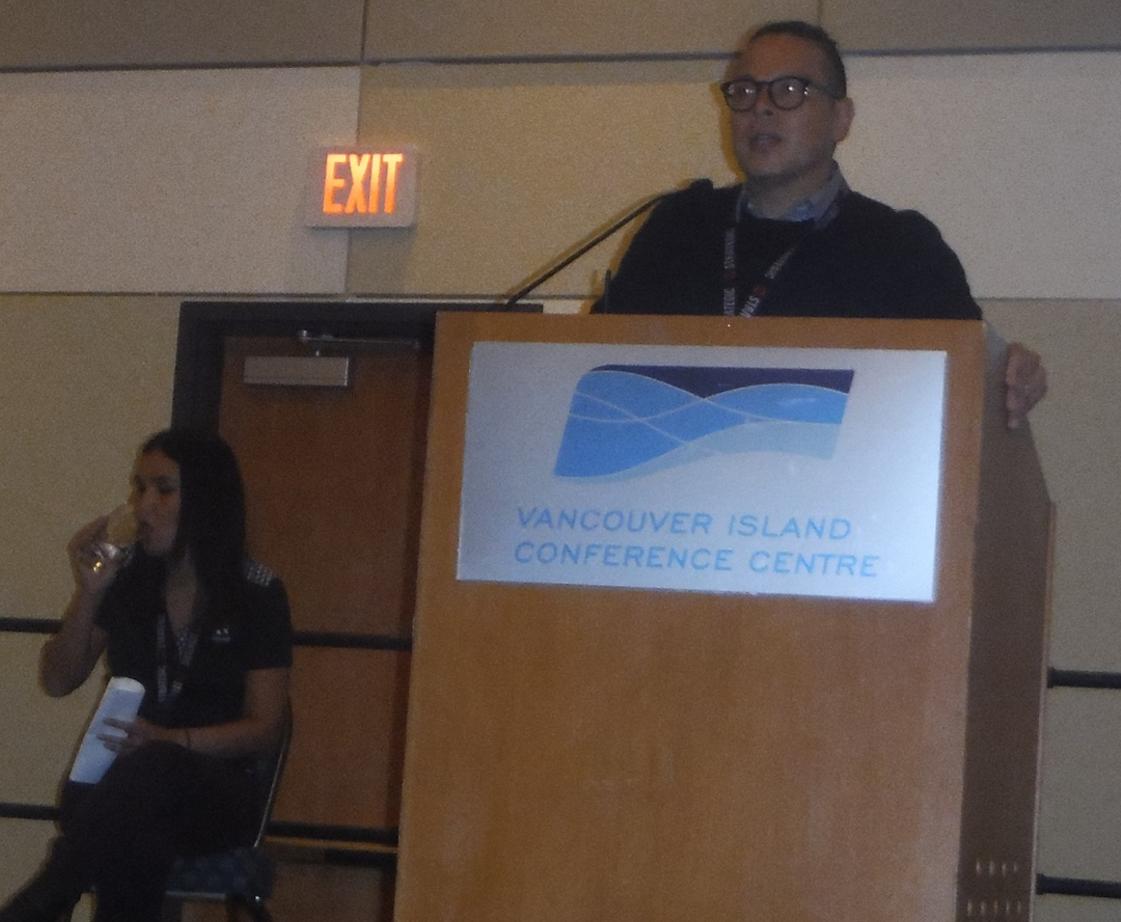