Lots more likely where this came from (at right): one of the many washout and flooding photos to cross our desk lately from across the Interior as an unusual freshet seems to be gaining momentum.

As one frayed planting contractor put it recently, “It’s been a painful start up to our field season.” The chorus coming in from many parts of the Interior includes lamentations of a general delay due to snow—in some cases up to two weeks—blocks being open, but access still knee-deep in winter, roads full of standing water, bridges washed out and plugged culverts.

Meanwhile all this unusual flooding is occurring at just the outset of freshet. Last fall’s onset of continual cold throughout the winter has caused culverts to freeze and remain so in many parts contributing to the flooding. This being break-up roadbed integrity is diminished due to the thaw and saturation making them particularly vulnerable to sudden erosion (we have watched roadways vanish in minutes).

Some are saying this is the worst they’ve seen in decades. And it was back then in 1994 that three forestry workers died when they drove off the missing end of the bridge on George Creek east of Prince George. This may be something for employers to think about as workers arrive in their vehicles looking for camps and marshaling points. Some of them may not be savvy about resource roads and need to be cautioned.

Here then is a quick list of some other considerations:

Driving at night not recommended: road, water, and missing road all look dark at night;

Don’t trust any standing water (no matter how many other pools you’ve managed already to navigate and push your luck);

No heroics around unplugging culverts—you may get caught up in your work;

Drive like the road ahead is missing around the corner or on the other side of the rise—it might be missing (even after you just drove that way already);

Make sure your workers traveling in their own vehicles know what they are heading into;

No gawking: floods are fascinating, but they work fine without an audience standing near them as they undercut banks, and sweep things away;

No working alone in high flood season and no working near flooding.

Finally, the WFCA has asked both BCTS and MFLNRORD to extend the planting season and exercise some judgment around insisting on seasonal production milestones as this year’s conditions won’t be well dealt with by sticking to the field manual for advice.

And Now The Weather...

Long-range forecasts see hot, dry summer ahead in the West with increased risk of forest fires.

Staying with our focus on environmental calamity; the Canadian Wildland Fire System just released its latest seasonal forecast saying much of the West will be dry and hot this summer.

The southern half of BC falls under that weather zone which heads north and east into Alberta. The prediction comes with the usual caveats, since June weather in BC is often the real predictor of the summer fire risk. If we get June monsoons then the fires don’t usually get a full head of steam up before fall. If we don’t, well. . .

Confounding that truism somewhat is the observation that the mass of dead wood in our forests is not recharging with moisture over winter. It is kind of always pre-dried and fire season-ready to join any conflagrations.

So we have another variable to contend with, one that made a huge contribution to last year’s provincial emergency. In fact some of this year’s wildfires may come pre-started having over-wintered from last year as the BC Wildfire Services is warning. 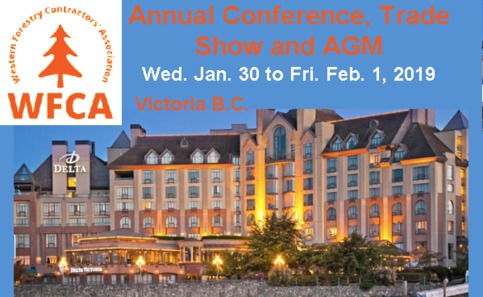 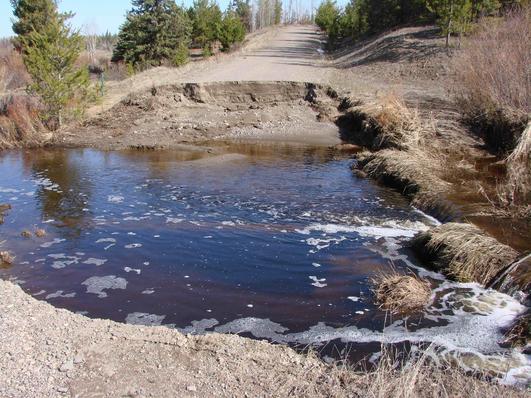 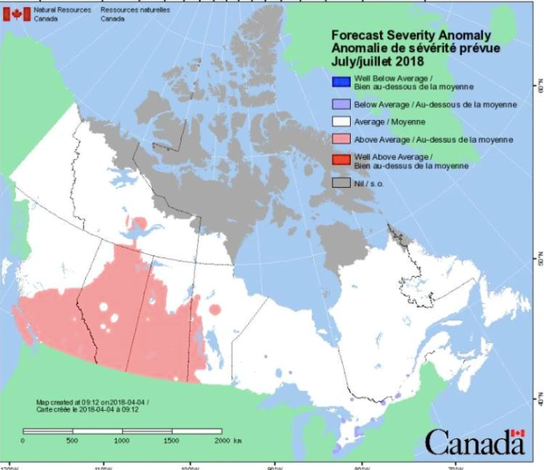 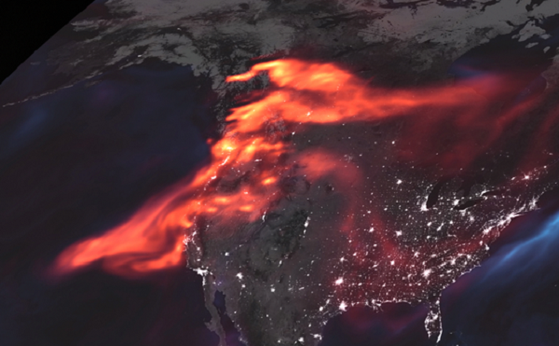 - menacing wildfires along with oppressive smoke affected large parts of our continent’s west;

- tropical Storm Lane dumped more than 40 inches of rain on parts of Hawaii; Venezuela was rocked by a 7.3 magnitude earthquake;

- typhoon Jebi, the strongest in 25 years, hit Japan and indigenous reindeer herders in Sweden pleaded for state aid to defray the impacts of extreme drought.

Here in B.C. we’ve had another year of destructive flooding and another consecutive provincial wildfire emergency with more loss and disruption. These kinds of years have begun to be described as the new normal. But they’re not normal. The fires in their extremity are unusual.

And the prospect of natural disaster displacement and damage occurring regularly should be alarming. These are not things we can likely live with as any kind of normal. Over time they will prove too costly to tolerate.

The new normal should be about our commitment to preparing for and mitigating these events. It should include reforming the old assumptions and policies that are contributing to the current crisis recognizing this is very early on in the climate change curve. And along with the rest of the planet it should be about dealing with, not accepting, these kinds of disasters.

B.C.’s second consecutive wildfire emergency is part of a larger pattern of increasing disasters. This is not normal. (photo NASA)

Washouts  in the Interior