Official statistics on the number of dog attacks within Canada are non-existent. There is little argument however that most of these attacks seem to afflict First Nation communities. Municipalities and provinces have the legal capacity to deal with animal control issues. Winnipeg City Council introduced a ban on pit bull terriers in 1990. Ontario have had a province wide ban on the breed since 2005. The city of Calgary have a dangerous dog bylaw which is not breed specific. Edmonton require all dogs considered to be dangerous to wear a muzzle. It is just common sense. Why then did Lance Ribbonleg from the North Tallcree First Nations reserve, Alberta get mauled by a pack of dogs 16 November 2006?

He was just five years old when his flesh was torn from his body in a vicious attack by man's best friend. He died before paramedics could get him to hospital. RCMP Sgt Ryan Becker interviewed at the time of the attack said it wasn't unusual to get a number of complaints about stray dogs, "Usually it's because they are starving." Whilst some evidence exists that dogs have been kept by First Nation people for centuries, there is also little argument most of the breeds less favoured by European settlers died out. Officially the Canadian kennel club accepts 143 different breeds of dog as Canadian pure breds, we can find four from the First Nations, which makes this is a European problem. It is as Veterinarian Dr. Richard G. Herbert said as he discussed at a Treaty 3 meeting in Ontario, "a man-made problem."

Throughout Canada people are still living poverty stricken and brutal lives and they are being denied basic fundamental rights. Children and animals are suffering but rarely will you see reference to the fact. Roaming dogs are a common sight on First Nation reserves and people are regularly in danger from feral or stray vicious dog attacks. Its just common sense that there needs to be a veterinary infrastructure within reserves. Veterinary infrastructures are scant in third world countries, but this is Canada. The modern Canadian veterinary infrastructure provides animal care and disease prevention strategies. It creates a good structure for population control via access to spay and neutering programs as well as the foundations by which humane societies and dog wardens/animal control officers can control animal populations. It also enables the country to maintain its place in the global market selling lifestock and animal goods, and therein lies the problem.

The true reason for the absence of an Aboriginal Veterinary program seems obvious. It is because the Indigenous people are denied basic rights and recognition from many veterinary legislations and regulations, and services.

A common assumption among non-Indigenous people which is supported by factually incorrect and often dismissive historical accounts is that Indigenous people did not endeveour in agricultural pursuits. In reality they had been farming for countless numbers of years before European settlers arrived. Lies were perpetrated early, when British born historian John Hawkes moved to Western Canada in 1884 and wrote that, "The Indian was not a natural farmer. He was born a hunter and a warrior." Archeologists have uncovered plenty of evidence of farming in Canada. As early as 1100 AD corn was being sown north of Winnipeg near the Red River.

It is the exclusion of Indigenous people from federal and provincial commercial laws that has always prevented them from having a successfull agricultural footing. The lack of an Indigenous community veterinary infrastructure prevents economic development, prevents the sale and public consumption of livestock and traditional foods. Indigenous Canadians are prevented from reaching globally acceptable standards of food safety because there is nothing in place to ensure the health and prevention of diseases in lifestock. One result of this is extreme poverty, unmonitored and unresolved canine overpopulation and health crisises.

Blue a 13-year-old Husky cross was mauled to death by two feral dogs on a reserve in New Brunswick January 4th 2010. His owner Caroline Ennis pleaded with police and provincial government as well as other organisations for a better system of animal control. She was told there was little hope anything would be done to resolve the situation. On Caroline's reserve there were an estimated 450 starving and feral dogs despite there being less than 2,000 residents. An RCMP officer walked out of her home in astonishment when her husband asked, "what if this had happened to a child?" The SPCA in New Brunswick would not provide assistance in her request for better dog control because they stated, "they have no jurisdiction on First Nation Reserves."

It should not be the case that First Nation communities must suffer the negative impact of feral dog overpopulation. Despite Canada having a number of wild animals such as bears, cougars, wolverines, etc., dogs remain the most dangerous with the most fatalities. Research indicates that statistically First Nation children on reserves are 180 times more likely to be mauled to death by a dog. This is based only on confirmed and reported cases however health Canada officials record very little of true extent of the problem, and why? Is it because they do not want the public to know? No funding is made available to change the situation for Indigenous people. Which is why a three-month old baby was stolen from his crib by a starving dog on a Northern territory reserve. It is also why in a 10-year period there have been 25 unconfirmed fatalities in relation to dog attacks of which 23 were children under the age of eight. 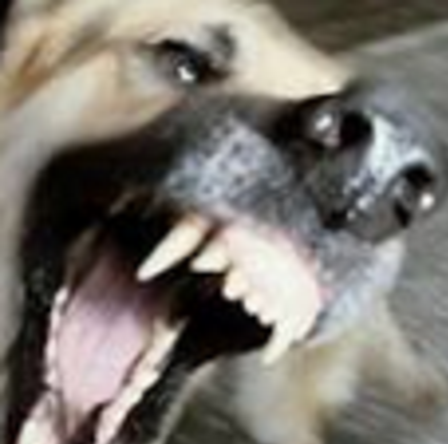 Veterinarians face unique challenges that contribute to an increased rate of suicide in the profession https://t.co/FNsxGjDjur