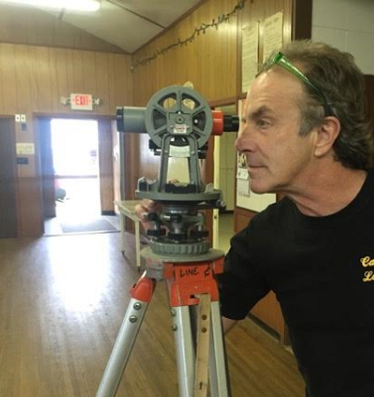 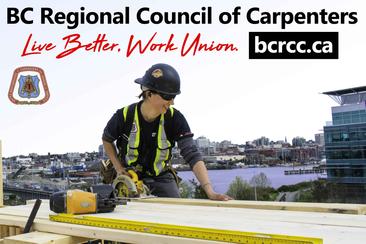 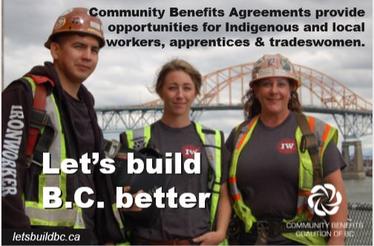 "I landed a $650,000 contract in Prince Rupert building an Elders complex for our First Nations people. The revenue from the sale of one of my properties helped me finance the contract," explains Mike Thibodeau, owner, Thib's Contracting Ltd., of Terrace, B.C.. The project in Prince Rupert is proceeding on schedule for the Metlakatla Band Council. Yellowridge Construction is the general contractor with site superintendents, project managers, engineers, and architects engaged in the project. Thib's Contracting Ltd. is doing the foundations and framing.

The new 32-unit facility for the Metlakatla Band Elders consists of 16 units per building in two separate buildings. "It's the coolest thing to be First Nations, an independent contractor, and have my brother and other First Nation working together as a team. We are 90% First Nation employees as a matter of fact."

Commencement of the project was at the beginning of July 2018, "It's been 6 or 7 months duration for our portion." It is Thibodeau's second project as a sub-contractor for Yellowridge Construction. "We did a 3-storey housing project for Elders in Terrace prior to this project in Prince Rupert for BC Housing. "

The Old King Edward School sat on Eighth Avenue East in Prince Rupert closed in 2001. The school sat empty for years until the province sold the property to the Metlakatla Band Council. The Band has a number of reserve bases around Prince Rupert, "They are a smart Band, making all the rights moves," said Thibodeau.

Thib's Contracting Ltd. went to work once the ground was prepared, "We work on foundations to build the footings, lay the rebar and build the concrete forms, then they backfill, and we start framing from first stud to last truss."

Thib's Contracting Ltd. could have taken a larger role, windows and doors in the contract, "I didn't want that level of overhead. My bid is what I felt I could manage financially. The entire project is built from scratch, nothing is prefab. It's largely locally sourced, we want to use local rental equipment and hire local labour, and, of course, we have no colour barriers."

They hac six guys on site. "When the framing starts we took on a couple more Aboriginal apprentices. I applied for wage subsidy through the Band Council. The individuals are supported with work tools. I mentor and support, guide and sponsor them towards their Red Seal by signing off on the job work hours for the practical component required through ITA. I encourage this commitment to the trade because in today's job market they don't consider you if you don't have Red Seal. These days you have to be involved in some kind of program."

Thibodeau says it's good for Band Councils to have internal people capable of doing development in construction, "It is going to give the Band better value for the money they spend." Thibodeau, 28, obtained his Red Seal carpenter designation before starting Thib's Contracting Ltd.  After spending a number of years in the construction industry as an unticketed carpenter Thibodeau is now thriving. 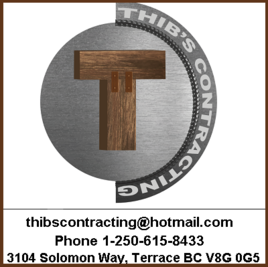 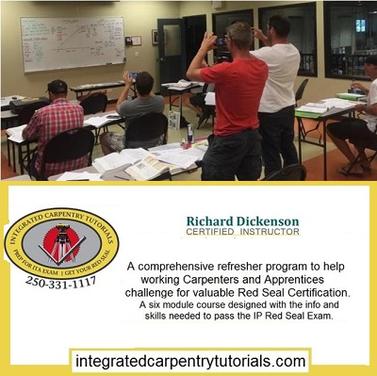 "My family is from Skidegate, BC Haida Gwaii, I belong to the Gidins of Skidegate Nuuayans clan. My family home is Skidegate and I visit regularly where I plan to retire.  I was born and raised in Terrace, B.C. After I graduated I lived and worked in Skidegate for two years."

When Thib's Contracting Ltd. was established a couple years ago Thibodeau decided to work out of Terrace, "It's an ideal location for working on projects in Prince Rupert, Terrace, Kitimat, Hazelton, Smithers, and other communities in the Northwest." Having Red Seal Carpenter designation is a major asset. When he finished apprenticing in carpentry after high school he worked for a few years, "I applied for a job at the Rio Tinto plant in Kitimat however they required Red Seal qualifications exclusively, which left me out."

It was incentive for Thibodeau to contact Integrated Carpentry Tutorials and enrol in Richard Dickenson's course called 'Preparing for the ITA Red Seal Carpentry Exam.' The Red Seal designation is governed by the Industry Training Authority (ITA) in B.C. "That ticket is really important," said Thibodeau, "beginning with the personal gratification of completing a challenging task. And it is huge in terms of career/personal development."

After the exam, Thibodeau started to take off, "Timing is key. After I passed the Red Seal exam, I put time in renovating a rental property I owned in Terrace. I put what I had toward the house, it went on the market, and sold, and I financed the project in Prince Rupert with the proceeds."
His plan is to retire at 45, "I intend to make this a successful construction company throughout the Northwest Pacific. I will spend the next 5 years developing it into a team of diversity, then, after another 10 years in operation I want to think about politics and take the job of Chief Council of the Band Council to the highest level, running a clean operation with long-term goals."

Thibodeau says the future beckons leaders to focus on important matters, "You know, trees grow back. They take care of themselves. I'd like to see effort on things like saving salmon. Once they're gone, they're gone forever." Another thing, secondary manufacturing and processing of resources is lacking, "No prosperity stays on the Northwest coast. It's time for thinking of ways to keep wealth in this part of the world."

"My company is going to grow and empower other First Nations entrepreneurs. From what I see we have the next five years prospected. We are committed to the Pacific Northwest, working on projects out of Terrace from Smithers and Hazelton to Haida Gwaii and we are prepared for work on the multi-billion-dollar LNG project launched in Kitimat."The company vision is big enough to do multiple projects. Based on my core group we will be able to delegate tasks."

Returning to how it started, "Richard Dickenson is a huge part of the toolkit. He is versatile, he can take any employee and overcome struggles to learn the carpentry trade. I recommend him to big firms. I'm in a carpenter's union and I tell executive how versatile he is. Richard's success rate is higher than 80 percent in a classroom, and that's 80 percent with 'previously failing' students. When I first wrote the ITA exam for Red Seal carpentry, the success rate in a classroom was 30 percent and Dickenson pushed it over 80 percent with students who weren't getting anywhere."

He says, "Dickenson's contribution and respect for First Nations people is high, he goes out of his way to make people successful. His knowledge and experience needs to be passed on to the next generation and all those to come."

Thibodeau says, "I would like to say a 'thank you' to family, friends, and mentors, including the ITA, the United Brotherhood of Carpenters & Joiners, Local 1598, Victoria, B.C., Community Futures, in addition to Richard, for all the support and help. I would not be successful today without them all."

Thib's Contracting Ltd. Aiming for Success in the Pacific Northwest

The Story on Integrated Carpentry Tutorials