RCMP Officer Sandboe's Post Traumatic Stress Disorder (PTSD) excuse when it was used in the defence of his actions during the court hearings into why he laid such a beating, was used to explain why a video-taped and recorded drubbing on Andrew Clyburn exists. The more the stress the more it leads to disorders of the brain that can barely be controlled, even to the point where the need for a wrong-headed action seems to be the only recourse. It's not that Desmond Sandboe spent nine years in a police career waiting for a chance to be on camera beating a guy in a police cell.

PTSD is a fact of life that gets out of control under certain circumstances. This disorder may be prevalent in police work, and if it isn't, perhaps it should be. Police officers face a line of duty that adds immense stress to  their lives. Divorce, suicide, and explosions (like Sandboe's), are  symptoms of the stress of the job. The fact is, who deals face-to-face (and sometimes first) with terrible things humans do to each other?

Witnessing, embattled by it, must be horrific. Imagine the memories of two officers who walked into the Atlinger murder scene. The man and woman constables will never forget the stench of death in that burnt steel barrel. They testified to it court, that it was pungent. They must have required psychological treatment for months to process the pungence. It's reality. Anyone would need to see a doctor if they walked into a garage that smelled of death and had the sentience and the training to know they were dealing with horrors of the human vein. They were standing amid a death scene, possibly facing one of their very own. They were confronting a killer, who, turns out was, and is, indeed, a murderous fiend.

Yes stress is a killer. It is the legal reason for Sandboe's insane burst of rage upon Clyburn, and in light of the diagnosis of PTSD, there can be no reason for Sandboe to be dismissed. What cannot be dismissed, in the treatment of this officer, and any officer, is the way PTSD occurs. It is cumulative. It can be the outcome of prior history with high stress encounters. One incident in the Sandboe  case, in particular, speaks to the accumulation of stress beginning well prior to  the Clyburn incident. The record shows that Sandboe had a high stress encounter with a  serving but off-duty Edmonton Police Service officer in 2003. Sometime later it was part of Sandboe's duty to deal with the aftermath of a killing frenzy in  Mayerthorpe, Alberta, conducted by James Roszko.

PTSD is deadly in every sense of the word. It occurs from close encounters with death that cannot be erased from the mind, and these encounters accumulate to create greater disorder. PTSD requires empathy for people who have severe forms of the disorder who often describe life being rather unliveable without a distinct purpose, meanwhile the disorder causes much dissembling of a person's character, via things like dissociation, explosive rage, amnesia, flashbacks, and deep contemplations of suicide (ideation) or paranoia.

It was not his dedication or commitment to duty that was in question, because frankly, he showed a form of restraint when Clyburn's head came up to the wall, and perhaps the video showed Sandboe realizing that he was out of control in that instant, when he had a moment of clarity and saw himself putting Clyburn's head into a different state of matter.

Taking Sandboe out of police work might have been the worst thing the RCMP could do to the man. "I've been painted as a monster; I've been painted as a bully," he told media after his sentencing to six months house arrest. "It's been horrible stress, depression, anxiety, humiliation. It breaks you down."

Clyburn for his part rightly pointed out that Sandboe should have been on leave and in treatment since he was in that condition. Lest we forget, it was Sandboe's chums in the body count of officers in James Roszko's insanity. Cops are under threat at all times, people wanting to kill them at any moment, and cops may be called upon to kill, at any moment, and kill is the last thing anybody wants to do unless they are people who belong in other kinds of uniforms. No doubt cops get stress, and some probably get addicted to it. It's only natural that they would live with high adrenaline levels and learn to cope with  it. They also need help when it goes too far.​

It's not only the criminals who need all the help in the world.

'Inside Roméo Dallaire’s brutally revealing new memoir' https://t.co/gWpryv47KP This is a very good read about #PTSD.

PTSD is a fact of life 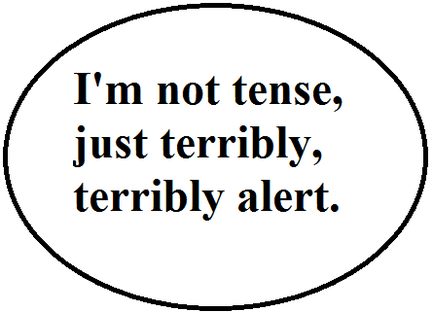 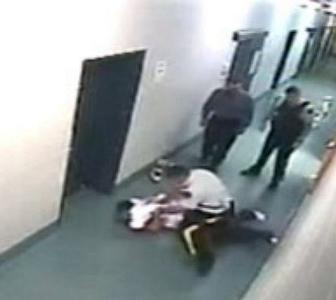