Solar Net Metering With the Grid . . . 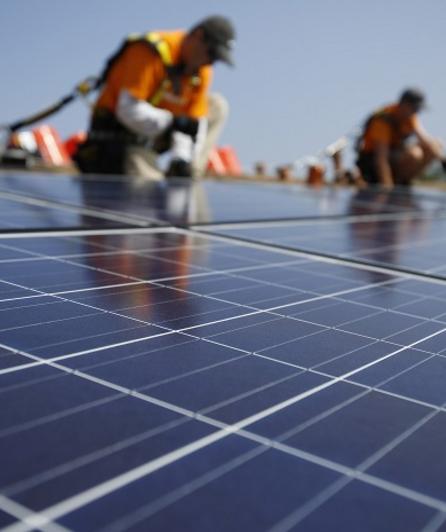 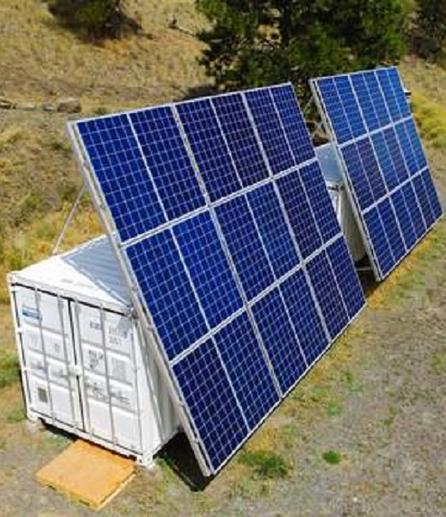 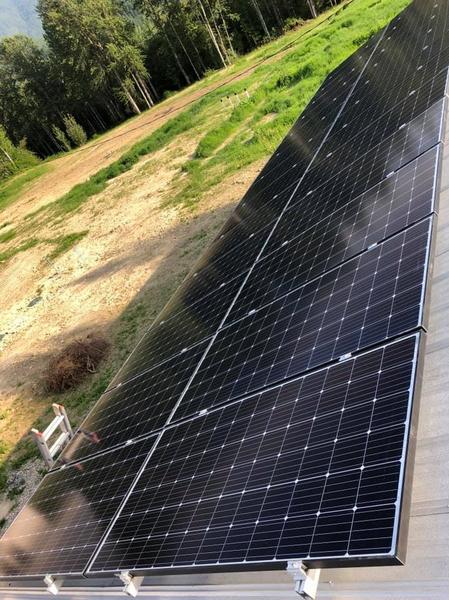 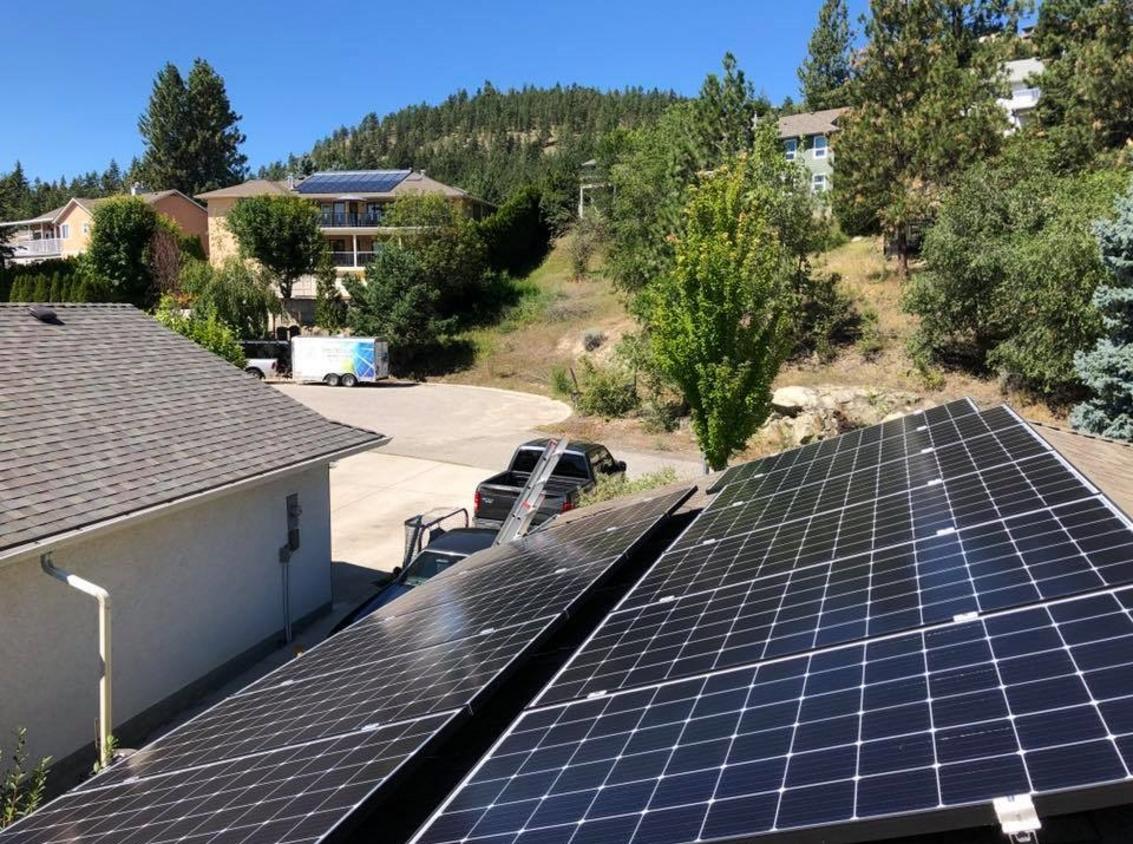 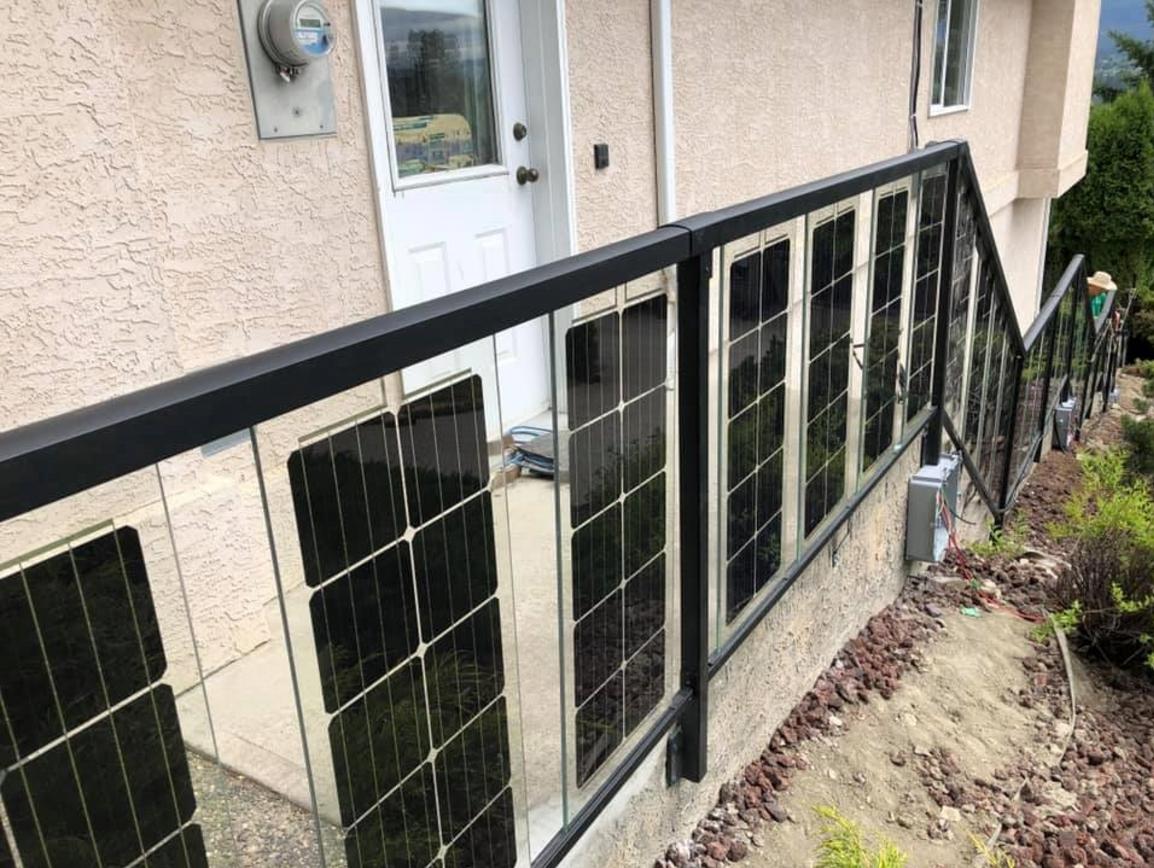 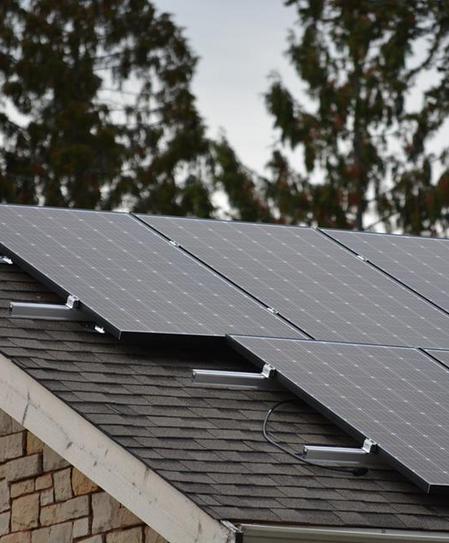 Nicholas Schaffland is a journeyman electrician and entrepreneur, who, as a 'millenial' and an 'expecting father,' wants to work in a sustainable energy sector in his trade and business. He believes solar energy is a good way to make a difference in the changing energy economy. Create Solar in Kelowna is the business he started to do it.

A good deal of the business is obtaining energy credit from the BC Hydro grid, in a system called Net Metering. Says BC Hydro, "Net Metering allows BC Hydro residential and commercial customers to connect a small electricity generating unit, like solar panels, to its distribution system."

BC Hydro informs that in 2017 the Crown Corporation generated 98 per cent clean electricity, and, "promises to continue supporting customers that want to offset some, or all of their electricity load with their own small renewable generation through the Net Metering Program." (https://www.bchydro.com/news/press_centre/news_releases/2018/fact-sheet--net-metering-program-changes.html)

Schaffland wants his own Net Metering customers to receive the credit to their BC Hydro account applied against future consumption. Schaffland and his Create Solar partnership enterprise in Kelowna, B.C., offers to array the cheapest and most efficient solar system available for commercial and residential customers. "We look at the Return on Investment (ROI) potential for householders and business operators," says Schaffland.

"We design the system with no expensive batteries, and our designs give you the full bang for your buck." The ROI begins immediately and works entirely in the customer's favor within 10 years or more of the warranty remaining on the solar panels, and usually time left on the inverter warranty as well.

A solar inverter (or PV inverter), is a type of electrical device which converts the variable direct current (DC) created output of a photovoltaic (PV) solar panel into a utility frequency alternating current (AC) that can be fed into a commercial electrical grid or used by a local, off-grid electrical network. Wikipedia

One of the systems installed by Create Solar (CRE Green Consulting Ltd) has 42 panels on a single house and the customer, "doesn't pay for power, instead, gets a $42 credit each month." Customers investing in solar systems are able to save 50 to 60 percent of their grid-based power bill from the installation of 28 panels and a micro inverter system. It is productive and expandable.

"We design a system with a full 25-year plan. We do analysis of building and system," says Schaffland. "I pay for software to 3D render the project, locating vents and chimneys, doing a scan on the sun for position of panels."

BC Hydro says a typical home consumes 11,000 kWh/year. A typical solar installation on a residential roof is 5 kilowatt (kW) in size with 14 solar panels, which in B.C., generates 6,500 kWh of electricity over a year. https://www.bchydro.com/work-with-us/selling-clean-energy/net-metering.html On average, solar systems of this size can cost about $14,500. Based on BC Hydro's step 2 of its Residential Conservation Rate, payback on your investment is about 23 years (including savings from the Rate Rider and GST).

Eligible customers for BC Hydro Net Metering are those whose electricity generators meet the following criteria: The system must be owned or leased by the customer; Connect to BC Hydro's distribution system; Use a clean or renewable resource as defined by the Clean Energy Act (such as solar, wind, hydro, etc); Have an aggregate nameplate capacity of no more than 100 kW; Generation is sized to meet customer's annual usage.

Schaffland says, "We sell Create Solar systems in sets and systems are sized according to the capacity of the building's electrical systems. It costs $11,424 for a single set system installed and permitted." Two sets of 24 panels with micro inverters is $21,706. It's $29,000 for three sets of PV Solar."

Schaffland says a ROI comes to fruition by about 10 years of power generation. "I am doing a lot of single set and double set installations. Net metering is a benefit on buildings where baseboard heating or heat pumps are big consumers of electricity, basically any building in B.C. with non-forced air heat."

Create Solar works against rising energy prices in big utilities across the province with solar energy providing a curb against increases that have already been averaging a 1.5 percent each year and are expected to rise in the future. "We project utilities increases into our plans. We work on solar installations that fit into the net metering program of the BC Hydro grid, but we are fully prepared to go off-grid."

Schaffland did his electrician's apprenticeship in Ft McMurray, and there in the heart of Canada's oil and gas industry the journeyman electrician found himself installing solar systems on waste water disposal sites. "I began seeing the benefits of renewable energy and it started me working with different companies and starting my own businesses based on renewable energy opportunities."

Create Solar installs everything according to Canadian National Building Code Standards. "The way to move in renewable energy in Canada is to build with solar PV (Photo Voltaic, the electricity), solar hot water, and Solar HVAC. Passive heat collectors on the roof will supply cheap hot water for all household purposes."

Schaffland and his partner, an architect from China who envisions solar in large scale arrays similar to developments reported in China, can see solar has been making inroads in Canadian energy circles. A solar project in Kimberley, B.C., powers up at least 200 homes. The T'Souke First Nation put a large solar array in place less than a decade ago on the south end of Vancouver Island. The Tsilhqot'in are moving into solar energy.

"Solar technology is advancing and has its rightful place in the economy," says Schaffland, "getting bigger and bigger all the time. Solar PV, solar hot water systems, solar roadways, solar driveways, solar glass panels in windows, and improvements will come annually, and upgrades will be in demand."

The reality of modern energy supply informs that any new house in North America is going to be solar-ready. "You have reinforced joists on the roof and solar adaptations in electrical panels for solar electricity (PV aka Photo Voltaic). The temperature curve for supplying hot water will incorporate solar HVAC, solar hot water heating."

Schaffland is building renewable energy systems into new housing and high-investment retro-fits on commercial and residential sites throughout the Okanagan and elsewhere in B.C..