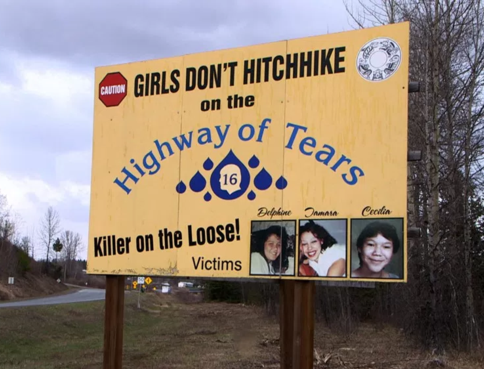 Location: Northern BC Date: May 2018: Submitted to WFCA by: Jordan Tesluk, Forestry Safety Advocate (Reprinted with permission of WFCA)

Each year, thousands of young tree planting workers make their way through Northern BC to reach their new jobs. While many own vehicles or find transportation through their employer or co-workers, others make their own way to their new job, and some resort to hitch-hiking.

Hitchhiking, particularly in Northern BC carries risks for young people. An estimated 16 to 40 young women have disappeared along Highway 16 between Prince George and Prince Rupert, mostly First Nations women.

Seasonal workers also face risk; in 2002, a tree planter named Nicole Hoar (25 years old at the time) disappeared on Highway 16. These disappearances have resulted in the route being named the “Highway of Tears.”

Employers can help by ensuring that young workers, especially new entrants to the industry, have access to safe transportation to their new jobs and are informed of the different options available to them.

• Ask workers about their travel plans and verify they have secured safe options to reach their jobsites.

• Discourage workers from hitchhiking or travelling alone and inform them of the history of missing women in Northern BC.

• Inform workers of airplane, bus, and rail options for reaching their new jobsites.

• Encourage workers to plan in advance so they are not pushed toward hitchhiking to get out of a tight spot.

• Talk to workers prior to the end of their work season about their travel plans and ensure that safe travel plans are made for returning home.

Greyhound has applied to the Passenger Transportation Board to eliminate the following routes in northern BC:

• Dawson Creek to Whitehorse and Fort Nelson Routes are expected to be discontinued as of May 31, 2018

BC Transit has established new public service routes along Highway 16 (Highway of Tears). Current routes include Prince George to Burns Lake and Burns Lake to Smithers.

Additional information can be found at BC Transit:
https://bctransit.com/bulkleynechako/schedules-and-maps