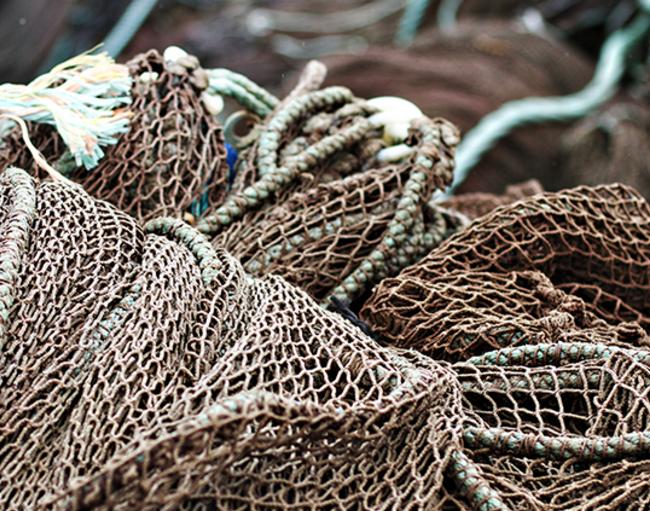 In 2018, the Provincial Government of B.C. and a triad of First Nations  decided the fish farm industry on the west coast can stop hitting itself on the head with a hammer and move the farm sites out of the Broughton Archipelago. That was then, but the process was mismanaged and the Discovery Islands Decision of 2020 was reversed in a Federal Court in 2022.

The 2018 agreement didn't end the thriving fish farm industry on the west coast, the provincial government said, but by any measure it was supposed to end some of the headaches.

The winning argument creates a corridor for wild salmon to journey out of their birthplaces in B.C. rivers and purportedly swim north unimpeded toward the Gulf of Alaska, to arrive there and spend 3 or 4 years maturing. At an unspecified moment in their life-cycle, various species of Pacific salmon will clock back to the rivers and spawn to begin the cycle anew.

The announcement ending Broughton fish farming was made Dec. 14, 2018. Two companies, Mowi Canada West and Cermaq Canada, have been ordered to shutter 17 fish farms, phasing them out under the new agreement. Reports say farms in Broughton Archipelago will be gone by 2023.

B.C.'s Premier Horgan announced the decision as part of a series of recommendations arrived at by government-to-government consultation between B.C. and the Kwikwasut'inuxw Haxwa'mis, 'Namgis and Mamalilikulla First Nations.

Horgan called for an "orderly transition," to start in 2019, and the Premier was careful to say the decision will ensure economic certainty for the fish farm industry while protecting the health of wild salmon in the Broughton Archipelago, an area perceived to be an essential migratory route for wild salmon. "Our governments have come together to help revitalize and protect wild salmon, and provide greater economic certainty for communities and local workers," Horgan said.

The 17 fish farm sites, some in production and others in fallow, represent practically all aquaculture sites in these disputed waters.  Mowi Canada West, running farms in the Broughton for 30 years, says, "There are no changes to employment anticipated at this time," but the dislocation will involved 600 people working on those fish farms. Both companies expect to move production to other areas of less contention, and therefore don't expect job losses.

Some farms will immediately be decommissioned, others will remain open for between two and four years. Ten of the 17 were supposed to be shut down by 2022, and it appears this happened, even in the face of a positive court finding in the spring.

Hon. Jonathan Wilkinson, Minister of Fisheries and Oceans (DFO), said he and the Department of Fisheries "commend" the effort put into the deal. "We look forward to reviewing their recommendations regarding land tenures for existing aquaculture sites in the Broughton Archipelago and working with the province of B.C. and other parties going forward," Wilkinson said.

The plan is supposed to keep the door open to the fish farm industry reaching a thus far elusive agreement with these particular First Nations that would provide consent to operations beyond 2023. Many other First Nations are engaged in economic developments involving farmed salmon.

Furthermore, the 2018 agreement called for a First Nations-based monitoring and inspection process needs to be developed to oversee farms in the period of transition. {In the month of Juine 2022, the Centre for Aquaculture Health Services in Campbell River assigned seats to Indigenous leaders on the CAHS Board of Directors.)

Seawest News contained an optimistic review of the agreement, calling it a, "new era for salmon farming in British Columbia," and the report describes a deal to protect wild salmon stocks, recognize First Nations rights, and pave the way for future expansion of B.C.’s sustainable salmon farming industry, ultimately providing a pathway for increased aquaculture operations on the west coast.

"The Broughton Archipelago is a group of islands on the northeastern flank of the Queen Charlotte Strait on the coast of British Columbia, Canada," says Seawest News.

Premier Horgan adds, "Our governments have come together to help revitalize and protect wild salmon, and provide greater economic certainty for communities and local workers. These are the kinds of gains true reconciliation can deliver."

Horgan adds, "The companies are here to stay. Indigenous communities are prepared to work with them to find a path forward. So we are celebrating that path today."

First Nations outside the Broughton have long been involved and engaged and invested in the $1.5 billion agriculture crop, largest in the province. The Broughton is a remote group of islands called the Discovery Islands Group, and activists have made this a long-standing sore thumb, however, and the reasons for it being inimical to economic development remain something of a mystery, agreement or no agreement.

Mowi Canada West says in the midst of the Premier's announcement that the company intends to begin discussion with interested First Nations, provincial and federal governments to develop an ocean-based containment pilot project, a project to add to the extensive research and development Mowi currently has underway in Norway. Cermaq is looking at a similar operation. (Grieg Seafood BC launched the Semi-closed Containment operations in Esperanza Inlet after a grow-out pilot project proved successful off the Sunshine Coast.)

Cermaq Canada’s Director of Sustainable Development, Linda Sams, says, "We respect the traditional Rights Holders, and acknowledge the importance of a healthy wild salmon population in the Broughton Archipelago. In the spirit of reconciliation, we are listening and learning about the important status that wild salmon have in Indigenous communities from a social, spiritual, and traditional viewpoint."

The following recommendations were endorsed in a letter of understanding (LOU) regarding the future of finfish aquaculture in the Broughton:

- creating an orderly transition of 17 farms, operated by Mowi Canada West and Cermaq Canada, from the Broughton area between 2019 and 2023;

- establishing a farm-free migration corridor in the Broughton in the short term to help reduce harm to wild salmon;

- developing a First Nations-led monitoring and inspection program to oversee those farms during the transition, which will include compliance requirements and corrective measures;

- confirming a willingness to work together to put into place the agreements and protocols necessary to implement the recommendations, including continued collaboration with the federal government;

- and securing economic development and employment opportunities by increasing support for First Nations implementation activities and industry transition opportunities outside the Broughton.

Mowi Canada West harvests 12,000 tonne of salmon annually on 12 farms in the area producing $200-million towards the economy, 461 jobs and spending $51-million with suppliers, 174 of which are located on northern Vancouver Island.

As a first step in the transition Mowi Canada West will withdraw tenure replacement applications for Arrow Passage and Glacier Falls, and surrender tenure at Potts Bay. Cermaq Canada will remove the Cliff Bay farm and Burdwood farm located near an important wild salmon migration route.

Ten farms will have ceased operations by the end 2022. Another seven farms will cease to operate unless First Nations-industry agreements and valid Fisheries and Oceans Canada (DFO) licences are in place by 2023.

Chief Chamberlin says, "Our Nations, together with many British Columbians, have been raising serious concerns about this industry for decades. We are grateful that governments and industry are finally starting to listen and work with us to find solutions that aim to protect and restore wild salmon and other resources. There is much that still must be done, but these recommendations are a significant positive step in a better direction," he said.