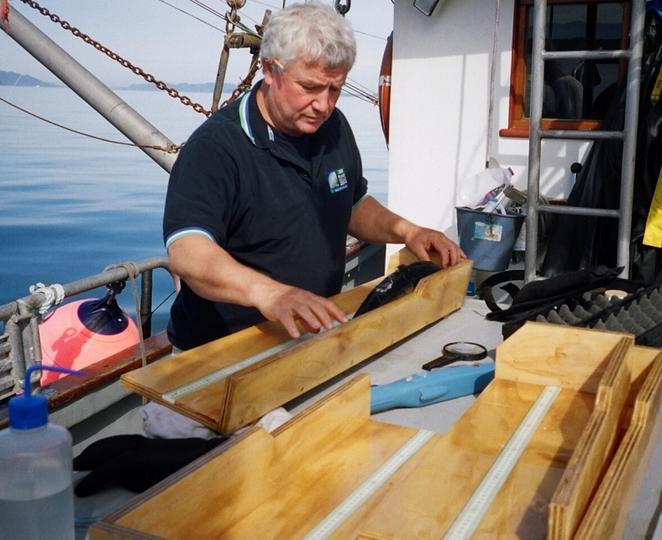 Dr. Richard Beamish, one of the scientists behind the 'Year of the Salmon' expedition to the North Pacific last February by an international team of scientists of various disciplines, was in Victoria, B.C., to hear the emerging reports from the first expedition.

Meanwhile, Beamish  and Brian Riddell are working with the Pacific Salmon Foundation to organize a second scientific expedition to the North Pacific the late winter/spring 2020.

Beamish says, the first expedition was very successful. They estimated that there were about 55 million salmon in the survey area. Abundances were large for chum and coho but much smaller for pink salmon (which should have been the most abundant).

Fraser River sockeye abundance was very low, possibly an indication of what is now expected to be returned. Fraser River sockeye were found farther west than previously known.  Pending are the reports of the overall health of fish that were caught in the North Pacific and a test of the idea that abundance of salmon is  determined by the end of the first ocean winter.

Beamish and Riddell with the support of the Pacific Salmon Foundation are raising funds for a second expedition. They have receive strong support from the British Columbia Salmon Restoration and Innovation Fund, a five-year funding program, established late in 2018, with 70 percent from Federal money and 30 percent from B.C. province money. The fund has been instrumental in supporting the study of salmon throughout B.C..

The underlying purpose of the salmon study expeditions to the North Pacific is to understand the mechanisms that regulate salmon abundance. "There is a mechanism that ensures a small percentage of salmon survive to return to the rivers to spawn."

The privately organized Gulf of Alaska Expeditions are an important facet of the salmon studies being done by researchers from several Pacific salmon producing countries.