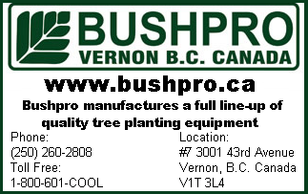 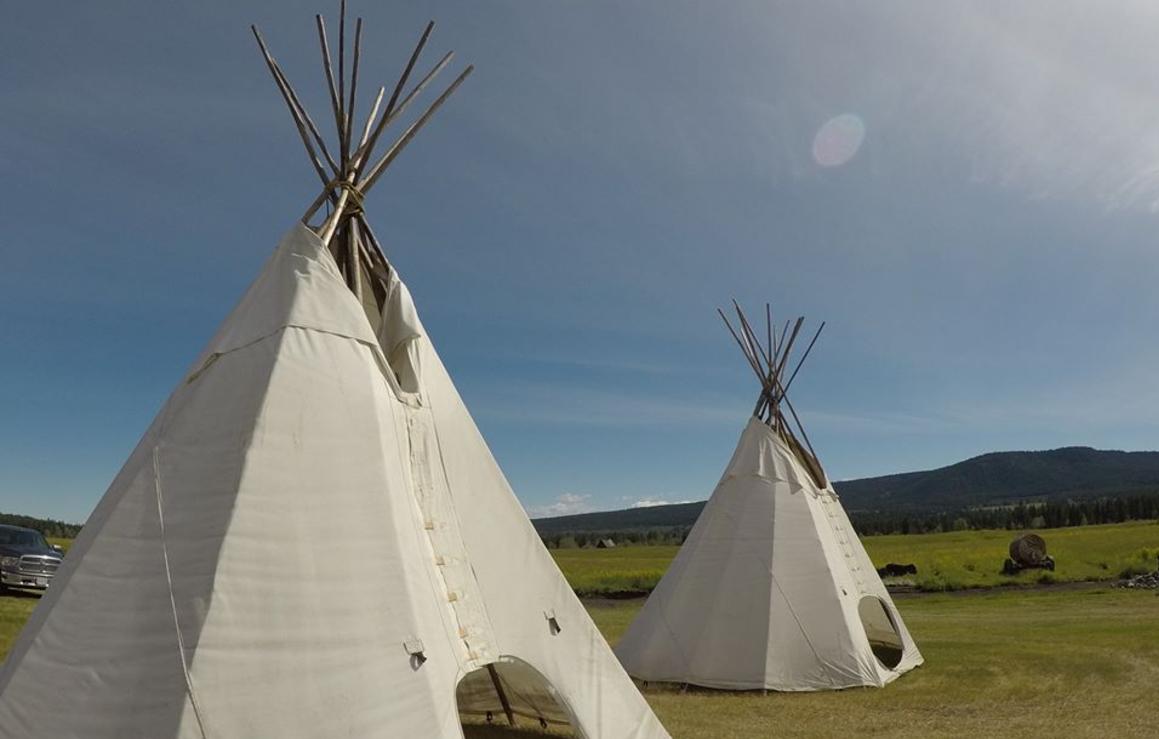 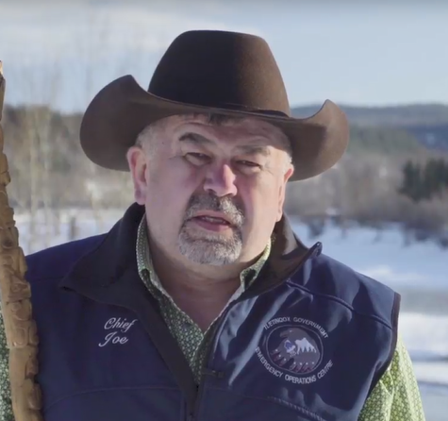 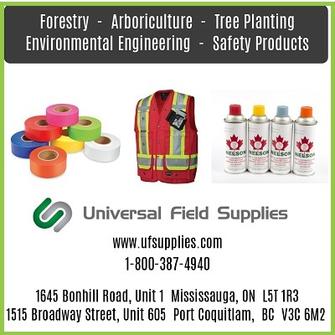 "We are going before the judge in Victoria today (Jun 27) and it's tough to say what direction this is taking," says Nits'ilʔin (Chief) Joe Alphonse, Tribal Chairman of the Tsilhqot'in National Government. "It seems we have a young judge who may have no real idea about Aboriginal Rights and Title, so we're going to be waiting to see where the chips fall."

Chief Alphonse spoke while they were in Victoria and word came that Taseko Mines was told by the province of B.C. the mining company could accomplish the deadline date set for the project back in 2012. This statement threw the whole process of attending court and dealing with the drilling permits into a serious tumult.

"We get hit hard for trying to exercise our spiritual rights but we don't turn to others and say they cannot practice their beliefs. We've always been generous about this," says Chief Alphonse.

He notes the Tsilhqot'in Nation has most recently been caught in the crossfire by a departing Liberal government and an incoming NDP government. "On the Liberals last day in power in an attempt to present a gift to the incoming NDP on 'mining' issues, the Liberals issued a drilling permit for Taseko Mines."

Meanwhile, what is becoming repetitive action has the federal government shut down the prospects of this project (twice) on the basis of environmental insustainability, but the mining company will work with what it has to work with, says Chief Alphonse, "As long as this project remains on the books, the mine can raise money on the stock market, or if the permits are withdrawn the company believes it can sue the province to recover costs for investors."

He says, "We have to spend our own Tsilhqot'in resources and time fighting these abuses of the laws, and we are prepared to countersue Taseko Mines and the provincial government including the former Liberal government. The federal government has been firm, 'No,' to the project on the basis of protection and retention of First Nation heritage, Aboriginal Rights and Title, and preservation of the environment, but the province doesn't even look at this."

Canadian and provincial environmental laws are under review and revision and this changes regulations, which makes it difficult to stay current with changes and follow correct procedures. Even so, Taseko Mines is not on the brink of getting this project approved, "but here we are again, fending off provincial deeds being done. This present fight started while we were in the middle of fighting forest fires last year which were devastating and threatening to destroy whole Tsilhqot'in communities. This drilling permit was ordered when we were fending off evaculation orders that would have cost us dozens of houses. We fought the government for the right to stay and save our communities.

"We saved 60 to 80 houses because we stayed and defended our communities, meanwhile," the provincial government continues throwing metaphorical gasoline on the fire of the Taseko Mines issue.

WILLIAMS LAKE, BC - Jun. 25, 2018 - The Tŝilhqot'in Nation is once again being forced to the BC Supreme Court to challenge drilling permits issued to Taseko Mines Ltd. (TML) by the outgoing BC Liberal government during the wildfires of 2017.

The BC Mines Act permit approves an extensive drilling program by TML to advance its rejected New Prosperity Mine project. The permit authorizes TML to clear 76 kilometres of new or modified trails, 122 exploratory drill holes, 367 excavated test pits and 20 kilometres of seismic lines near Fish Lake, known to the Tŝilhqot'in as Teztan Biny, an area of cultural and spiritual significance for the Tŝilhqot'in. The area is also subject to a Declaration of Proven Aboriginal Rights. The Government of Canada rejected TML's New Prosperity mine proposal in 2014, and the mine cannot legally be built as matters stand.

Within two days of notice of the approval of the drilling permits in July 2017, the Tŝilhqot'in filed the following in BC Supreme Court:

• a Petition seeking to quash the permit for breach of the duty to consult and accommodate;

• a Notice of Civil Claim seeking to quash the permits as unjustified infringements of proven and established Tŝilhqot'in hunting, trapping and fishing rights in the area; and,

• an injunction in each proceeding that would prohibit TML from conducting the drilling program pending the hearing and determination of these cases.

Elders and leadership from the Nation will be travelling from Tŝilhqot'in Territory to Victoria to bear witness to the proceedings and remind BC that the approved drilling is a grave threat to their home and way of life.

Nits'ilʔin (Chief) Joe Alphonse, Tribal Chairman of the Tsilhqot'in National Government, says, "This approval for drilling permits was a final act under the former BC Liberal Government, issued during the 2017 wildfires while Tsilhqot'in citizens and Leadership were displaced and struggling to defend their homes and territory. It is indefensible to approve a massive drilling program for a project that was rejected four years ago and cannot be built. It's disheartening to see TML continuing to make a mockery of the environmental review process, along with the justice system. In my opinion, companies like TML and governments like the former BC Liberals are the reason why the BC environmental review process needs to change. Cases like the Tŝilhqot'in Decision have led to policy changes throughout Canada – it's time for business and government in BC to follow suit."

Nits'ilʔin (Chief) Jimmy Lulua, Xeni Gwet'in Government, says, "Our people have worked tirelessly to protect areas of cultural and spiritual significance to us. The courtroom is not a place that we choose to be but as times it is the only option left to us. Conducting this drilling program at Teztan Biny and Nabas is completely unacceptable and disrespectful to our Nation."

Nits'ilʔin (Chief) Russell Myers Ross, Vice-Chair, Tŝilhqot'in National Government, says, "It is not easy for our communities to hear that we have to continue to return to the courts to resolve an issue that should be dead. Our vision for the land, one that we are creating with the Dasiqox Tribal Park, does not include destabilizing an entire ecosystem. We want to continue to use our land as did our previous generations and for the generations to come."

Province Throwing Gasoline on the Issue of Taseko Mines 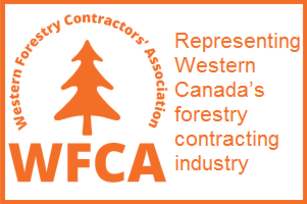 WILLIAMS LAKE, B.C. - Sep. 18, 2018 - The Tŝilhqot’in Nation is relieved by the BC Court of Appeal’s decision to grant an interlocutory injunction against a drilling permit within the sacred sites of Teẑtan Biny (Fish Lake) and surrounding areas.

On August 23, 2018, the B.C. Supreme Court upheld a permit authorizing Taseko Mines Limited (TML) to undertake an extensive drilling program at Teẑtan Biny and the surrounding area.  The Tŝilhqot’in Nation has since appealed this ruling and yesterday the BC Court of Appeal granted an injunction prohibiting the drilling program until the Court hears and decides the case.

The Tŝilhqot’in Nation calls on the BC Government to resolve, once and for all, the ongoing threat to an area of profound cultural and spiritual importance to the Tŝilhqot’in people, by an unacceptable mining proposal that has been rejected twice by the Government of Canada.

The drilling permit approves 76 kilometres of new or modified road and trail, 122 drill holes, 367 excavated test pits and 20 kilometres of seismic lines throughout Teẑtan Biny (Fish Lake) and surrounding area. The Government of Canada rejected TML’s New Prosperity mine proposal in 2014, and the mine cannot legally be built as matters stand. Two independent federal panels have confirmed the area is of unique and special importance to the Tŝilhqot’in.

Nits’ilʔin (Chief) Joe Alphonse, Tribal Chairman, Tŝilhqot’in National Government, says, “We continually have to go to court to protect our cultural and spiritual sites. These areas should be off the table for any kind of invasive development. While this injunction grants a temporary relief from extensive drilling and exploration work, we are still calling on the BC Government to step in and put a full stop to this drilling permit. BC has options available to them to protect cultural sites like these. Both the Prosperity and New Prosperity projects have been rejected by the Federal government. To think that anything can proceed on this site is absolutely illogical.”

Nits’ilʔin (Chief) Russell Myers Ross, Vice-Chair, Tŝilhqot’in National Government, says, “The Tsilhqot'in Nation is relieved that there is an injunction in place temporarily, however, it does not address the ongoing threat to our homelands. If the BC Government intends on making strides towards honouring the rights and consent of Indigenous Peoples, then the moment for reconciliation needs to be put to the test in times like these to resolve major conflicts before they escalate any further. We turn to the BC Government to make the right decision and end this conflict. Again, the Tsilhqot'in Nation is put in a position of self-defence and resorted to civil means. It is our intention to turn our energy to the Dasiqox Tribal Park, presented as an alternative vision. The more we have to fight, the more effort we put into ensuring that our children have a future in our territory.”

Nits’ilʔin (Chief) Jimmy Lulua, Xeni Gwet’in First Nations Government, says, “The connection that our people have to this place goes back thousands of years. People spent their time gathering around these sacred waters with their families – with some also laid to rest here. Granting this injunction was the only right thing to do. We will continue to work to ensure our people are able to use this area for generations to come as they always have. This is only a temporary relief until the appeal is heard at the end of November. There are solutions available to the BC Government, and we still call on Premier Horgan to step in and put an end to this drilling permit and the ongoing threat from this rejected mining project.”