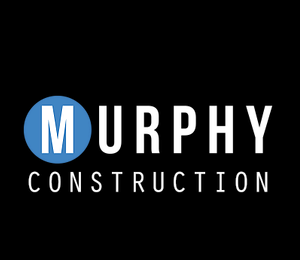 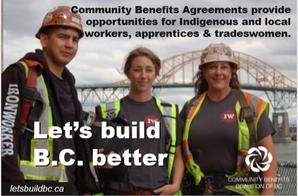 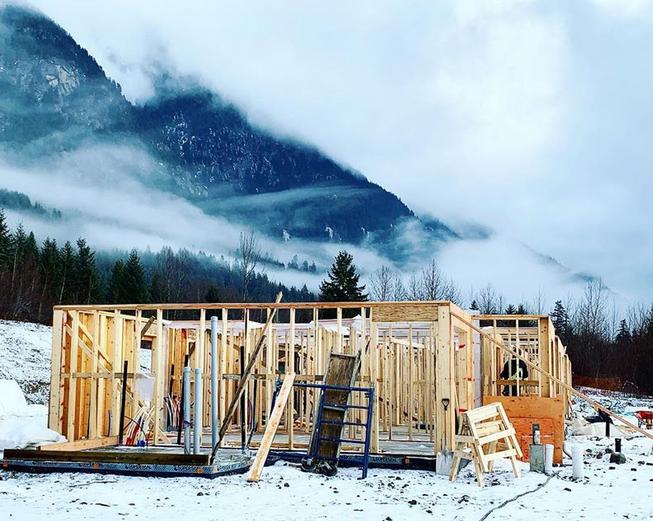 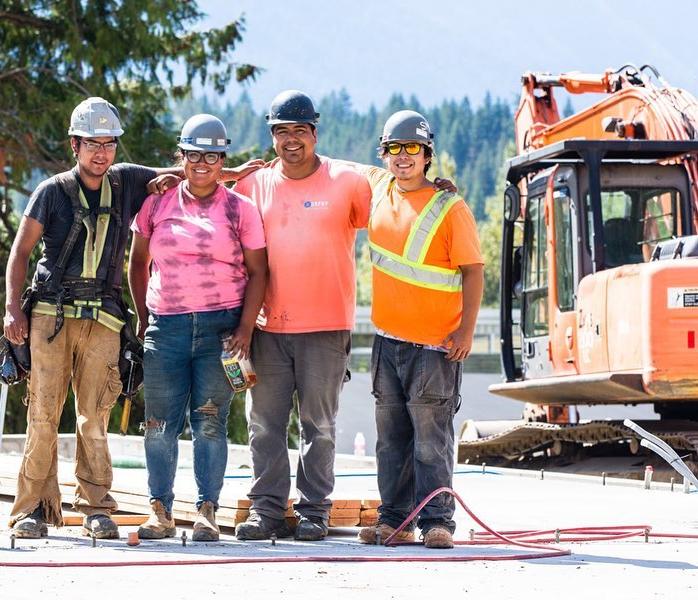 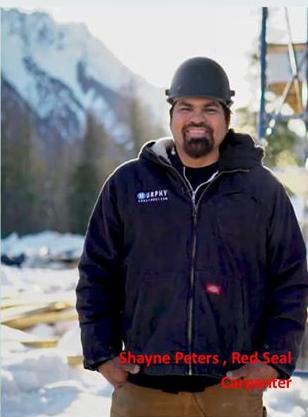 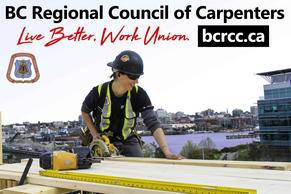 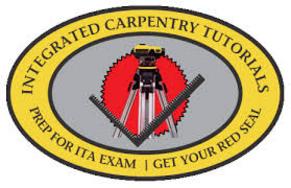 Shayne Peters is a member of the Líl̓wat Nation and has a long standing career as a builder, now employed by Murphy Construction of Pemberton, B.C.. "The company has a good relationship doing a lot of projects with Líl̓wat Nation. They recognize that people need to be trained," says Peters, "and they are putting apprentices through school."

Líl̓wat Nation lies deep in the Coast Mountains, at Mount Currie, B.C., occupying a forested valley in the 'sky end' of the Sea to Sky Highway. "Líl̓wat Nation is a progressive First Nations community located 7 km north of Pemberton, B.C.. With a membership of almost 2,200 people — approximately 1,450 of whom live in the community — the Líl̓wat Nation is the third largest First Nation in British Columbia." (https://lilwat.ca)

Peters went into construction not long after finishing high school. "I apprenticed about 18 years ago. Right out of high school I was fighting forest fires and started doing labour work for the Band, and some drywalling." About then he determined to get a trade, "I went to school and began my first year in carpentry. My dad was a journeyman carpenter and my uncles were builders. I apprenticed under my dad and now I am apprenticing my son."

Father and son are working on a new Elders six-plex presently under construction in Mount Currie. While Peters had worked all those years as a carpenter he says it was Natalie Langmann, Business Development Manager, Murphy Construction, who asked if he had any desire to write the ITA exam for the Red Seal Carpenter certification.

"Natalie said I could be tutored by Richard Dickenson of Integrated Carpentry Tutorials (ICT) for two weekends in a row in Kamloops, as preparation for the Industry Training Authority (ITA) Red Seal Exam. Obviously Peters was already a highly experienced carpenter and made a good living as a skilled tradesman, but he candidly admits he had struggled with the ITA test prior to Langmann's suggestion of meeting up with Richard Dickenson.

"According to Dickenson, for skilled and experienced carpenters, passing the Red Seal Exam is knowing how to write a test. I had the knowledge on the job but putting it together in a time-sensitive multiple choice exam was something I needed to practice." With the help of Dickenson's classroom tutorial Peters was finally able to pass the ITA exam.

Langmann says, "Getting your Red Seal ticket is a career move for all apprentices or carpenters, as carpenters make more money with a certified Red Seal ticket. Shayne has furthered his career by moving into a Site Supervisor position, and is now mentoring our apprentices and signing off on their hours with the Industry Training Authority (ITA)."

Murphy Construction, a Pemberton business, is dedicated to building the social capital of the nearby community of Mount Currie, and having a pool of skilled labour in the area means the company can take on all kinds of projects in the traditional territory of the Líl̓wat Nation in a most welcome fashion.

For example, Peters worked for Murphy Construction to build a brand new gas station in Mount Currie, and now he is supervising a Murphy Construction crew building more Elders accommodation in the community. "It's six-plex in a nice place, nice location with great views," says Peters. "I am apprenticing my son Tyson and three others. Scott Pierre, Trent Smith and Clara Edwards are also apprenticing on the site."

Peters' presence in the workplace almost took a different direction in 2010. "I had an injury, a crushed ankle on the job, and Workman's Compensation wanted me to transition into other work as a WCB estimator or site supervisor. It didn't go that direction. I stayed in the journeyman sector."

Peters kept his building expertise on the ground, on job-sites and in building the community. It's a growing community and there are plenty of opportunities. Langmann says the Peters family is reknowned for constructing facilities and housing in the Mount Currie community.

"This Elders building will be completed in early spring," says Peters. "Right now we are doing trusses, then sheathes, then the building envelope. We've been lucky so far, no snow, little rain." This keeps things on schedule. On-time helps a lot in managing the bottom line of a construction enterprise.

The Elders six-plex on Mount Currie reserve land is part of a long-term Líl̓wat Nation building plan, "There's another Elders housing project identical to this one coming, (there's one already complete), and there's been a gas station, a store, a learning centre all built in recent years." Murphy Construction's crews have taken jobs in Whistler, "We built the gondola barn, a huge 22,000 sq-ft concrete maintenance building half way up Blackcomb Mountain."

Skills development and career building has come at the perfect time for the community in Mount Currie, "There are workers in our community doing 3rd year apprenticeships and in fact they probably have enough hours to qualify for 4th year apprenticeship." Skilled labour grows skilled with time and experience but the recording of hours and supervision of skill development is required to reach certification, "There are a lot of people sitting on 2nd year level apprenticeships, been there for a while because nobody is qualified to certify their training."

Also, there is the final hurdle to regard, the ITA Red Seal Certification Exam, a key part of the process in building the Social Capital. "Three times I struggled with Interprovincials," says Peters, until he took the ICT course from Richard Dickenson, which for Peters was an awakening about applying his practical knowledge to passing this particular test.

Dickenson's Red Seal Exam Carpentry tutorial from ICT has an extraordinary high rate of success putting journeymen carpenters over the top into Red Seal certification. "It didn't seem important to me, I had always been paid properly and worked at my trade, but Murphy Construction encouraged me to get the tutoring and the Red Seal, and I believe it's been good for the community to have these skills recognized." It opens the doors to a lot of great building projects in the future, and a lot of great builders entering the workforce.