It is widely held that the Medicine Wheel represents harmonious connections to all creation and all created things in Indigenous American spirituality, and, in the context of modern society, the Medicine Wheel  is believed to be a major symbol of interaction for all manner of living things.

These unbroken circles of life found predominantly in Alberta and southeastern B.C. where most of the Medicine wheels are known to exist, points to Southern Alberta as a central meeting place of Medicine Wheel ceremony.

The mystery of the Medicine Wheel is compounded by the lack of written record describing a purpose. Two primary theories are: 1. the medicine wheels have astronomical alignments; 2. specific rituals/ceremonies are long lost.

If Medicine Wheels are indicative of Indigenous American spirituality, the fact is basic understanding of their significance is not shared by non-Indigenous people.

In reality the Indigenous people of Northern America were less intrusive in the design and construction of monuments (compared to their brothers and sisters to the south) whereby Medicine Wheels were arranged stones on the earth, practically invisible at ground level, and while they may have been observed throughout the world in various renditions, they contain peculiarities in North America that render them unique to the continent.

Medicine Wheels were constructed by laying stones in a particular pattern on the ground from a centre, often a cairn, while the surrounding would be an outer ring of stones, and in certain variations there might be "spokes", or lines of rocks, coming out the centre cairn, but again, in no set pattern.

In many instances a Medicine Wheel contains the four basic directions in the layout, but different wheels may have different numbers of 'spokes,' and there is a great deal of variation in the way the spokes may be arrayed.

It is commonplace to interpret Medicine Wheels as having ceremonial or ritual purpose, and some believe there may have been dancing within them, while others say they contain astronomical significance, and others say Medicine Wheels are organized around spirit animals.

"At the very least, a Medicine Wheel is a sacred space, and given to interpretations of direction or animal energies. Each wheel is built by placing a small object that stands for the animal or energy in each direction around a circle. The circle can be as small as a hand or as large as the earth. The object can be an animal fetish, a feather, a sea shell or a special stone," says Wikipedia.

The online information source continues, "Balance is created by the equal presence of all four energies acting at once. In The Path of the Feather, the Medicine Wheel is built with the shaman's stones and their animal or spirit carvings."

There are websites declaring that by creating the Medicine Wheel, the endeavor seeks to make a physical manifestation of the earth's energies. "It is a sacred alter which evokes the powers of the earth."

The reality is that ancient rituals in the construction of the Medicine Wheel are hidden or long forgotten, but most likely they involved the hunt, rites of passage, puberty, marriage, death, and the interpretation if astronomical events, including the position of the stars, changing of seasons, timing of eclipses, schedule of planting or animal migrations, and the connection of the living with the spirits of the deceased.

In fact there are stone circles found from Florida to England. They were definitively places of great ceremony, possibly great gatherings, found some distance from habitations. Perhaps they were places of burial or ritualistic temples, sometimes they were astronomical devices, but they always were sacred. Medicine Wheels were built on sacred sites, intersections of rivers, mountain tops, a central plain. Indigenous nations have different animals and meanings of the directions in the spokes.​ 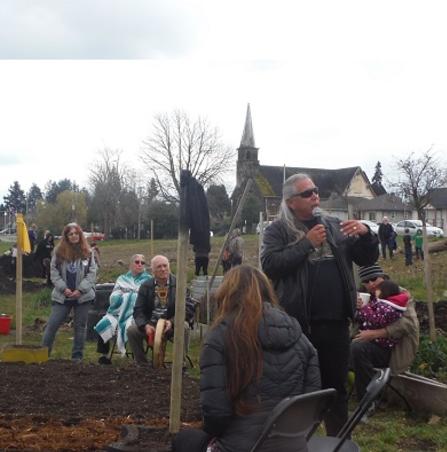