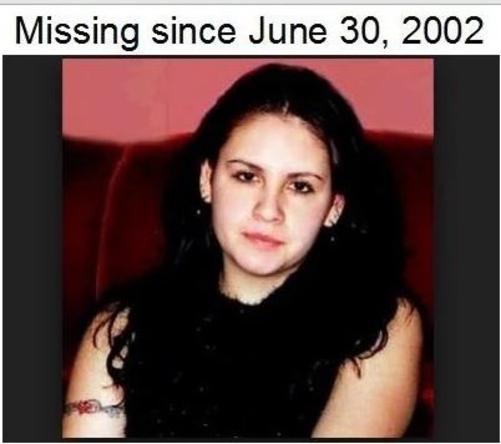 Lisa Marie Young Disappeared, One of the Missing and Murdered Indigenous Women Not Forgotten

The parents of Lisa Marie Young last saw their daughter at 11 p.m. on the night of June 30, 2002, when she was preparing to leave the house. Her father asked, "Isn't it a little late?" He wondered because he was planning to help his daughter move to a new apartment the next day. Lisa Marie was going to start a new job the following week. She was a person who always found herself gainfully employed and was contemplating a return to school.

The case of the Lisa Marie Young is as baffling as cases come, and nor will it stop haunting the city of Nanaimo, B.C., a city of 85,000 at the centre of Vancouver Island. A few years had gone by when (former) Nanaimo Mayor Gary Korpan was heard to say, "They still talk about it. A lot assume they know who did it."

Who were 'they' and what did 'the other "they"' know about 'it?' What do they know of how she became a missing and murdered Indigenous woman?

It was the Canada Day weekend of 2002, Lisa Marie went to Club 241 on Skinner Street in Nanaimo, and much of that night had been a good one, according to someone who was in her company. A night out with one Dallas Hulley was in fact celebrating Hulley's 21st birthday and he was the last of her friends to have contact. She sent him a text message in the early morning hours:

“'Come get me they won’t let me leave.' That was the last contact. I never saw her again.”

The trail leading to her ultimate disappearance puts Lisa Marie outside the club when it closed at 2:30 a.m.. The trail is hot for a while longer, then she was seen leaving a 'second' house party sometime after approximately 3 a.m., a probable 45 minutes past leaving the nightclub. Reports confirm she left the second house party in the Cathers Lake area near Jingle Pot Road still in the rather unanticipated company of a 20-something male driving an older-model red Jaguar.

In fact a scene unfolded at the moment Club 241 closed when this driver came on to Lisa Marie 'serendipitously' to act as 'chauffeur.' Lisa Marie entered oblivion a short time later, but first she visited the two house parties accompanied two male friends and the driver (who, when she said she was hungry during the visit to the second party, offered to take her to a nearby sandwich shop. She parted company with the two male friends who stayed at the second party.

Police know who the driver is, as do the Youngs, and he remains a ‘person of interest’ in the case. He becomes the last known contact with Lisa Marie Young, then she is gone (a murdered woman?) Other reports say, as the early morning hours waned she made a worrisome cellphone call to a girlfriend. This call was apparently made at 4:30 a.m., and this time she expresses concerns about what was happening, and about the chauffeur. To be exact, Lisa Marie told her friend the driver didn't take her to get something to eat, instead, he drove to another house where she sat in the car and didn't feel comfortable about the way the situation was unfolding.

Police say, “The driver, like many others involved in this file, is simply a person of interest." As it turns out the red Jaguar in which Lisa Marie was last seen was owned by the driver's grandmother, a ‘prominent’ business person in the nearby Vancouver Island community of Qualicum Beach. The police seized the car and questioned the driver and the car was released after a thorough inspection, and so was the person of interest. The grandmother sold the Jaguar and talked about suing people over conversations that were implicating her grandson.

Joanne Young told in an interviewer a couple years after the disappearance of Lisa Marie that the family knew from the outset she would not be coming back. "We were really tight, so we knew," says her mother. Perhaps it is reasonable to suggest if Lisa Marie was having issues in life she might have told her mother, even as things were working out for her, the new job, the new place to live. Lisa Marie was part of a close-knit family of five. The evening was supposed to be nothing but a summer night on a long-weekend with friends.

Don and Joanne Young have never stopped working to piece together a picture of their daughter’s last known travels, including paying visits to various fast-food outlets where it appears no stop ever occurred. Deepening the mystery, Joanne Young tells of meeting the person of interest in a police interrogation room. Police refuse to confirm Joanne Young’s conversation in late July 2002 when she was taken by RCMP to a meeting with the Jaguar driver. It was brief, she said, when she asked him to tell her where her daughter was. She recollects that he replied, "I can't," then he paused, voice fading, "I'm sorry, I don't mean to disrespect your family ..."

The Youngs never learned where the driver claims to have dropped off Lisa Marie. Since police call this, “a complex investigation,” they have declared themselves unable to disclose facts that would prejudice an on-going investigation.

In reality, Lisa Marie was familiar with a nightclub scene in the city of Nanaimo. She was a bartender for three years at Club 241 when it had been operating under a previous name, The Jungle. She was a good looking woman with a three-year run behind the bar at The Jungle. That's a long enough to learn a few things and get into a major swing of the nightlife in the city, and all it has to offer, and she reputedly remained popular at the former place of employment after it had undergone a makeover of it’s own. Lisa Marie must have been adept at navigating the smallish city's nightlife and she always reassured her dad that she never traveled without friends.

Who knows the spiral that leads to and from this disappearance? Nobody admits to knowing how hers became an unfinished life.

Joanne Young continues to believe the driver is holding back while her husband Don is less in doubt about the person of interest’s story. Police are not letting the case freeze over entirely, investigators continue to visit the file often with a fresh pair of eyes. They speak to the family, appeal to public for leads. The media revisits the case on occasion. The cold case continues to rise to 'active' investigation, perhaps pushed by community efforts such as those done by Nanaimo’s Alison Crowe, a high school friend of Lisa Marie’s, a singer/songwriter who recorded Lisa’s Song.

NO charges have ever been laid in the case. Lisa Marie's family continues to organize vigils and conduct their own searches. If you have any information on what happened to Lisa Marie Young, contact the Nanaimo RCMP at 250-754-2345 or call Crime Stoppers at 1-800-222-8477(TIPS). And go online at www.nanaimocrimestoppers.com to submit your tip. Watch the Youtube re-enactment of her disappearance on this page.

Prime Minister Justin Trudeau observers a minute of silence for missing and murdered #Indigenous women at a vigil Oct. 4 on Parliament Hill. pic.twitter.com/yf7ctpcMNv

Lisa Marie Young became a missing or murdered Aboriginal woman on Jun. 30, 2002, the memory of whom won’t disappear. RCMP in Nanaimo, B.C., made an appeal on Feb. 25, 2011 for information on the whereabouts of Lisa Marie Young. “Through the years we have received hundreds of tips on the car, on the male driver, and her whereabouts on the evening of June 30th,” said Constable Gary O’Brien, media spokesperson for the Nanaimo RCMP. “Many of those tips were helpful in our investigation. Now we want to hear from those persons who, for whatever reason, have not contacted us. Someone knows what happened to her and the time to call is now,” said O’Brien.