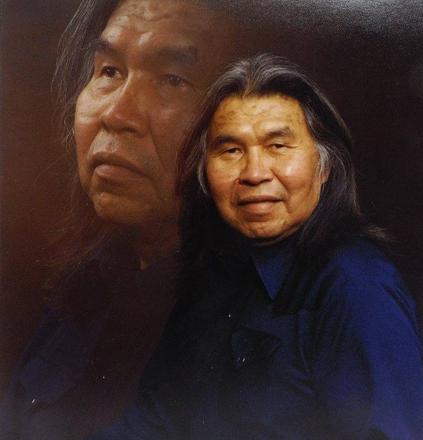 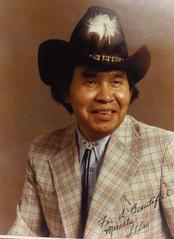 When I first came across this art, an original signed by Ken Edwards, I yearned to hold it, to in some way discover a tale surrounding its two star-crossed lovers sharing warmth as they looked beyond into the bright light of the moon.

The moon lighting the teepees . . . were they lovers at all? Perhaps they were just siblings or family sharing a blanket. The art  has no color because it is all in black ink, however part of the skill this particular artist is the ability to leave you believing you have seen color even where there is none.

That is a talent Ken Edwards, known as Rainbow Cougar, puts upon his audience. I have never met him but after studying his life or a much of it accessible on the internet that is certainly the impression I am left with.

Rainbow Cougar was a travelling storyteller and artist of  many medias which encompass pen and ink, watercolor and acrylics along with others. He is said to have memorized over 1000 stories. That's no easy feat. He is lively, cheerful with a great sense of humour. He is also of course by way of his stories an oral historian.

Ken Edwards has worked hard in his lifetime to increase cultural understanding amongst Indigenous persons and non persons. Through humour, singing, and the occasional drum playing, he has made a true impression amongst many.

Back to his drawing and wondering on its significance . . . was it something he had seen, was it part of one of his stories?

I found the answer plainly written by him online. "I have always wanted to draw and paint things that no one has ever seen. That is why my style of art is called surrealism. Indian spirits and shamans are my favorite subjects. I take many of my ideas from the Indian stories l have learned and put them on canvas or paper, thus showing our people and non-Indians some of the rich culture, traditions, and beliefs that we still have today. I try to find out what I can do, not what I can't do. Basically, I like to make people think."

It is true one cannot help thinking about what they are seeing, there is no explanation just two people staring at the moon. Perhaps there is a  third, a little person between them we cannot see . . . it is all left to our imaginations.

Ken Edwards is just one of many Indigenous artists open to be explored. Once a man of the spotlight living for the audience, the Rainbow Cougar has all but vanished. Where is he now? "He died," came one reply on Facebook. "Oh you mean Ken," said another, "he has settled down now!"

Well Ken Edwards had been making an impression for many years and I have found photos of him from all the way back to the 1970s as well as a newspaper article. In 1984 he was accepted for membership into the Indian Arts and Crafts Association. He even illustrated books and won awards at major shows. So perhaps he is long deserving of a retirement. I believe however that a man so vibrant and knowledgeable as Rainbow Cougar should not too willingly disappear. 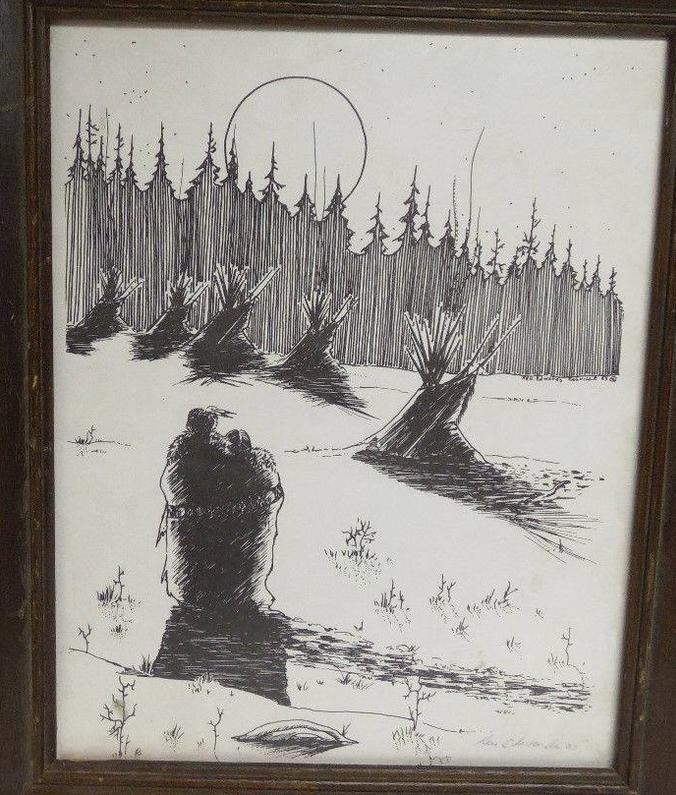 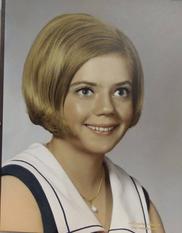 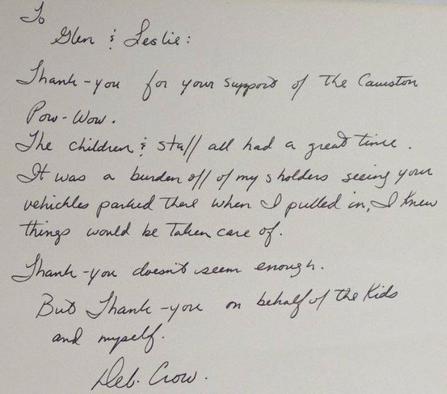 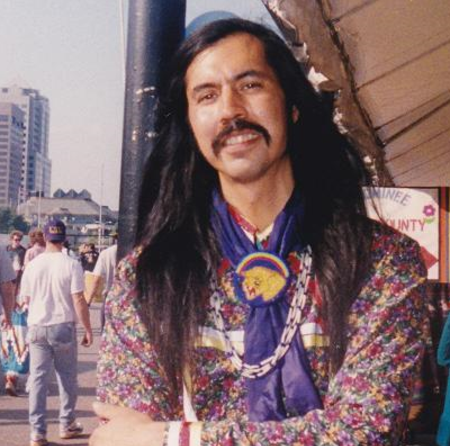 LIST OF TOPICS/STORIES KEN EDWARDS CAN SPEAK ON:  [SOURCE: https://www.indigenouspeople.net/whitestar/kenbiog.htm]