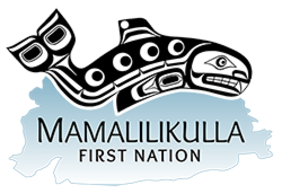 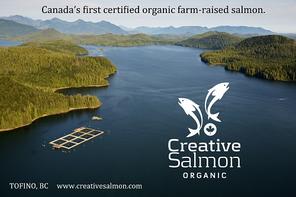 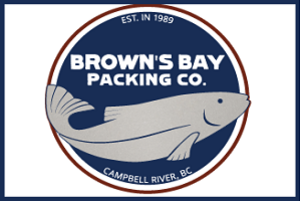 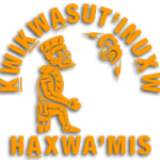 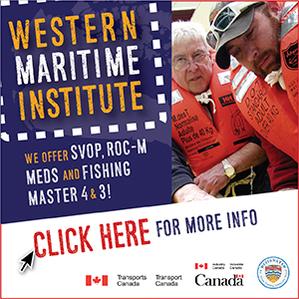 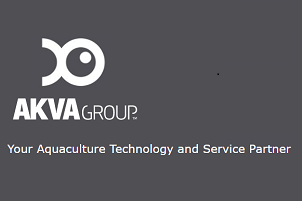 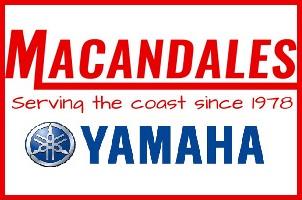 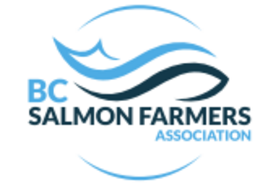 ALERT BAY, B.C. - Sep. 19, 2019 - The ‘Namgis, Kwikwasut’inuxw Haxwa’mis, and Mamalilikulla First Nations have reached agreements regarding the implementation of the Broughton First Nations Indigenous Monitoring and Inspection Plan (IMIP) with Cermaq Canada, and Mowi Canada West, with the support of the Province of British Columbia and Fisheries and Oceans Canada.

Establishing an IMIP was one of many significant recommendations to come out of a ground-breaking government-to-government process undertaken by the First Nations and the Province of B.C. following a letter of understanding (LOU) regarding the future of finfish aquaculture in the Broughton area.
The Indigenous Monitoring and Inspection Plan is being implemented immediately with program activities expanding over the first year as the First Nations build internal capacity.

It will see First Nations leading the monitoring of fish health, sea lice, pathogens, disease agents and diseases before and after introduction of fish into the fish farms.  It has been agreed smolts positive for piscine reovirus will not be transferred into saltwater and corrective measures include removal of fish from farms if treatment for sea lice is unsuccessful in meeting thresholds. The program will improve public reporting and have compliance and corrective measures if the required standards are not met by fish farm operators.

This agreement reinforces the importance of supporting wild salmon populations while building capacity within the First Nations and working in a transparent manner with industry. The IMIP will provide important First Nations oversight during an orderly transition of 17 fish farm sites between 2019 and 2023.  Five farms have already been decommissioned, while others will remain in operations for various terms (two to four years). By the end 2022, 10 farms will have ceased operations.  The remaining seven farms will cease operations, unless agreements by First Nations and farm operators, and valid Fisheries and Oceans Canada (DFO) licences are in place by 2023.

The Province of BC and DFO recently announced that the Nations involved in the IMIP will receive over seven million dollars in funding through the BC Salmon Restoration and Innovation Fund (BCSRIF) over the coming years to support the establishment of the program. Both Cermaq and Mowi are also providing funding and in-kind support to the program.

Chief Rick Johnson, Kwikwasut’inuxw Haxwa’mis First Nation, says, “The Indigenous Monitoring and Inspection Plan is an important achievement for our Nations, an expression of our Nations’ exercising jurisdiction in our territories and regulating an industry operating in our territorial waters”

Chief Don Svanvik, ‘Namgis First Nations, says, “The agreements with Cermaq Canada and Mowi Canada West provide the means for our Nations to oversee the operations of the fish farms during the orderly transition period and to develop standards to minimize, mitigate or avoid harm to marine resources, especially wild salmon”

Chief Richard Sumner, Mamalilikulla First Nation, says, “Stewardship in our territories is a sacred trust and responsibility, a commitment to future generations that we will protect the land, resources and waters in our territories far into the future. The IMIP agreements are important tools that will enhance the ability of our Nations to fulfill this responsibility as well as improve transparency by providing trusted information to our members and the public about the interactions of farm operations and marine resources.”

David Kiemele, Managing Director, Cermaq Canada, says, “We are incredibly pleased with the outcome of this process and would like to thank the Nations involved for their willingness to work with us and allow us to participate in the development of this precedent setting program and agreement. For Cermaq Canada, this plan is important in terms of reconciliation and reflects Cermaq Canada’s ongoing approach to doing business in First Nation’s territories. Cermaq is committed to move forward, together, in a way that will help to protect and enhance wild salmon populations, with the goal of building capacity, relationships and trust.

Dr. Diane Morrison, Managing Director, Mowi Canada West, says, “This agreement is so important to the 600 people who work for Mowi and the hundreds of contractors that support our salmon farming operations.  I am grateful for the vision and efforts of the First Nations leaders we have deeply engaged with over the past number of months.  Mowi believes strongly in equitable and meaningful relationships with First Nations in B.C.”

The Indigenous Monitoring and Inspection Plan (IMIP) establishes a formal process for First Nations oversight of fish farms operating in the Territories of the ‘Namgis, Kwikwasut’inuxw Haxwa’mis, and Mamalilikulla First Nations.

The establishment of an IMIP was one of the many significant recommendations to come out of a ground-breaking government-to-government process undertaken by the First Nations and the Province of B.C. following a letter of understanding (LOU) regarding the future of finfish aquaculture in the Broughton. The IMIP program is currently being implemented and will remain in place throughout the orderly transition.

What is outlined in the IMIP?  The IMIP establishes a program for First Nations to oversee the operations of the fish farms during the orderly transition to document, understand, avoid, and mitigate potential harmful effects on wild Pacific salmon and other marine resources and the ecosystems on which they rely. Compliance with the required agreements between the First Nations and the fish farm operators is a condition of the tenures renewed in 2019.

The IMIP sets objective standards for:

• fish health on fish farms;
• monitoring and testing for pathogens, diseases, and disease agents in hatchery smolts to ensure that smolts are free of disease, disease agents, and pathogens before they are introduced or transferred into the open-net pens at fish farms;
• monitoring and testing for pathogens, diseases, and disease agents while fish are in the opennet pens;
• monitoring and testing of the farmer’s integrated sea lice management programs;
• promoting open and transparent public reporting of the operating conditions of fish farms and potential effects on fish health of wild Pacific salmon;
• integrating Indigenous knowledge and science to inform management approaches regarding fish farms’ operations;
• providing trusted information to community members of the First Nations on fish farms with the goal of promoting a better working relationship between the First Nations, the fish farm operators, and relevant federal and provincial agencies;
• providing First Nations standards for fish farms and mechanisms for compliance and enforcement;
• monitoring the decommissioning of the tenures during the orderly transition;
• monitoring and taking steps to avoid and mitigate any significant impacts of fish farms on wild Pacific salmon and other marine resources, including by sampling and testing wild Pacific salmon and other marine resources in proximity to fish farms according to standards collaboratively established that are acceptable to the First Nations;
• developing an independent advisory panel; and
• identifying opportunities, if any, for Mowi and Cermaq to support the First Nations’ activities to protect and restore wild Pacific salmon and other marine resources, and the ecosystems on which they rely

The agreements establish and provide a process for the implementation, review, and evolution of standards introduced by the First Nations related to the operation of fish farms, including:

• procedures and objective standards for smolt introduction to salt water including pathogen and disease testing requirements for smolts in hatcheries prior to the transfer into saltwater and prior to transfer between farms; smolts testing positive for piscine reovirus will not be transferred into saltwater
• periodic testing at agreed intervals or in response to events of salmon growing on fish farms, including testing for pathogens;
• disease and pathogen treatment requirements for farmed salmon;
• use of therapeutants on farmed salmon;
• integrated sea lice management protocols and standards for allowable limits for sea lice on farmed and wild Pacific salmon throughout the year with a key focus on the in and outmigration periods; corrective measures include removal of fish from farms if treatment for sea lice is unsuccessful in meeting thresholds.
• protocols for monitoring, assessing, and improving farm operations, including by-catch, benthic conditions, farm lighting, predation, disease outbreaks, and mortality events;
• protocols for occupational health and safety for First Nations’ monitoring, auditing, sampling, and inspection activities while on fish farms; and
• integration of Indigenous knowledge and science to inform the implementation of this Agreement.

The First Nations, alongside Mowi Canada West and Cermaq Canada are now working to collaboratively develop and implement a community engagement program that will provide regular information to the membership of the First Nations about local fish farms and  the interaction of fish farms with the wild Pacific salmon, aquatic resources, and ecosystems they rely upon within the Territories.

Summary of the Broughton Area Recommendations outlined in the Letter of Understanding (LOU):

On Nov. 30, 2018, the Broughton Steering Committee, made up of members from the ‘Namgis, Kwikwasut’inuxw Haxwa’mis and Mamalilikulla First Nations, and the Province of British Columbia, submitted their consensus recommendations. Both Mowi and Cermaq participated in discussions with the Steering Committee during the development of these recommendations and both companies support them.

• creation of an orderly transition of 17 farms, operated by Mowi Canada West and Cermaq Canada, from the Broughton area between 2019 and 2023;
• establish a farm-free migration corridor in the Broughton in the short term to help reduce potential harm to wild salmon;
• develop a First Nations-led monitoring and inspection program to oversee those farms during the transition, which will include compliance requirements and corrective measures – the IMIP has been developed the meet this requirement;
• implement new technologies to address environmental risks including sea lice;
• call for immediate action to enhance wild salmon habitat restoration and rehabilitation in the Broughton;
• confirm a willingness to work together to put into place the agreements and protocols necessary to implement the recommendations, including continued collaboration with the federal government; and
• secure economic development and employment opportunities by increasing support for First Nations implementation activities and industry transition opportunities outside the Broughton.

On a tenure-by-tenure basis, the recommendations provide for an orderly transition of 17 fish farm sites between 2019 and 2023. Five farms have already been decommissioned, 12 others will remain in operations for various terms (two to four years). By the end 2022, 10 farms in total will have ceased operations permanently. The remaining seven farms will cease operations, unless agreements between First Nations and fish farm operators, and valid Fisheries and Oceans Canada (DFO) licences are in place by 2023.

Broughton Process On Jan. 30, 2018, the Government of British Columbia and Broughton-area First Nations began initial discussions to resolve long-standing concerns regarding farms in the Broughton Archipelago.

In June 2018, the ‘Namgis, Kwikwasut’inuxw Haxwa’mis and Mamalilikulla First Nations and the Province signed a letter of understanding, formalizing their ongoing talks regarding salmon aquaculture in the Broughton area, and establishing a joint decision-making process.

Between June and November 2018, the steering committee heard from and engaged with representatives from the DFO, Cermaq Canada and Mowi Canada West (then known as Marine Harvest Canada).

On September 6, 2019, the First Nations reached agreement with each of Cermaq Canada and Mowi Canada West on the IMIP.

Indigenous Monitoring and Inspection Plan for the Broughton Archipelago 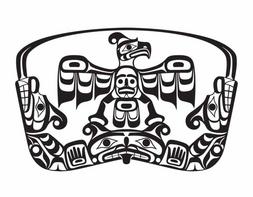 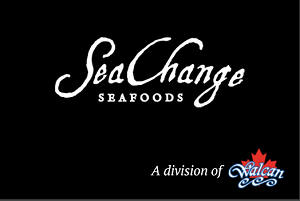 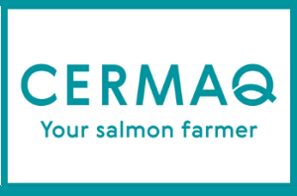 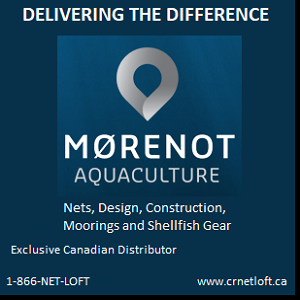