With such diversity in the west coast seafood sector, which includes fish farms, it's an achievement of which Canadians should be justly proud instead of engaging in internecine battles taking people nowhere. Well, nowhere except to the poorhouse, wiping out aspirations of communities, including communities of Indigenous people.

Let's be absolutely clear. It's not as if Indigenous people on the west coast aren't trying to reconcile with Canada. The reconciliation process can be a source of tremendous unity in Canada, if we listen.

Economic development is the play, a foot in the door, to the benefits of being in Canada. Obviously Indigenous leaders and business people are committed considering the number of economic agreements Indigenous leaders and communities have made in the fish farm industry on the west coast of Canada in the past three decades.

The fact is, First Nations have a better focus on the issues around seafood, including fish farming, than anybody else. How do we know? They keep telling anybody who will listen.

Indigenous leaders and business owners say fish farms came to the west coast after wild salmon populations had fallen off the cliff, so to speak. The numbers of Pacific salmon returning to spawn (after four years in the Pacific Ocean) were shrinking to nothing, so much so that Indigenous leaders made a transition to fish farming for the expressed reason of saving Pacific salmon.

When the number of wild salmon began to decline in the 1970s and especially the 1980s, before fish farms came to the west coast, the Order of Canada's Percy Starr (RIP) was one of those who made a transition to fish farming as the way to save wild salmon. Their goal was to establish salmon aquaculture, and they proceeded to do this successfully, in Klemtu, B.C., where it continues. This was before fish farming was proposed for the west coast.

Other communities soon engaged the industry, in fact, 80 percent of salmon in production on the west coast is produced in agreement with First Nations. "Some 20 B.C. First Nations have partnership agreements for farming salmon in their territories resulting in 80% of all salmon farmed in B.C. falling under a beneficial partnership with a First Nation." https://www.fishfarmingexpert.com/article/first-nation-support-for-bc-salmon-farm-expansion/

Indigenous leadership from First Nations on the B.C. coast says the industry and the wild fish can coexist. The opinions and observations of a group called Coalition of First Nations For Finfish Stewardship have called the two year license renewals 'virtue-signaling' from the federal government. "Salmon farming has lifted entire coastal Indigenous communities out of poverty. It injects money into our communities, creates meaningful employment for our members, provides opportunities for First Nations-owned businesses to supply the sector, and funds projects that contribute to the wellness of our people and wild salmon."
https://firstnationsforfinfish.ca/wp-content/uploads/2022/03/News-Release-Final.pdf

Failure to respect the voices of Indigenous leaders is a slap in the face of reconciliation and a blow to the prospects for employment and economic development where salmon farming has a proven track record.

Yes the Federal Government decided recently it's okay for the farms to stay on the west coast for two more years because there is no proof of any harms being done so . . . now they must transition.

What about the people who need to transition? They work in waters envied around the world for a suitability for salmon farming. They work along the longest coastline in the world. They have 35 years of highly efficient and continuously researched production of salmon in their midst. They have secure net pens installed by marine engineers and machinists, proving safe in all weather. They have connected together transportation systems that reach the world's fish markets and restaurants in 24 hours or less.

But what are they hoping to transition to? Oblivion? The west coast had an aggressive and efficient commercial salmon fishery at one time. The Inside Passage was the scene of an explosive demand for salmon, and gill netters and seine boats circled fish packers with their holds full, repeatedly, until by the 1970s the sophistication of this fishery overwhelmed wild Pacific salmon and fish began to disappear from the Inside Passage and up the B.C. coast.

Percy Starr was a visionary Indigenous leader who saw farmed salmon as a way to prevent his people from facing starvation, because the wild salmon were disappearing from his traditional territory long before a fish farm was within 10,000 miles of Klemtu. For the Indigenous leadership in the community of Klemtu, the transition was to farmed fish and the reason was to save the wild fish. That was the wisdom of Indigenous Canadian and the Order of Canada awarded Percy Starr of Klemtu.

My understanding of Mowi's position in the waters of Kitasoo Xai'xais, for example, has been clear since those  many years ago when I talked to Percy Starr and later Les Neasloss, two of the leaders in Klemtu, home of the Kitasoo/Xai'xais, who developed this industry in their national (and deeply traditional) territory.

This nation decided to go into fish farming in the 1980s because wild salmon were disappearing so fast that the talk from the federal government officials was about buying out fishing licenses (at $200,000 each) and curtailing the salmon harvest. These DFO actions were obviously too little too late, but it was the beginning of the end of a remarkable undertaking. Dozens of communities were fishing-based themselves. The wild salmon were disappearing everywhere, certainly faster than Klemtu folks could imagine and they turned to an industry, fish farming, with the explicit intention of saving wild salmon.

Later the Kitasoo Xai'xais leadership spoke to Mowi in order to improve their investment and realize a greater potential in fish farming. That's right. They expanded operations in their remote location and processed more fish in their plant. These Indigenous fisheries experts and leaders aggressively pursued Mowi to bring the industry deeper into Kitasoo Xai'xais and farm fish in the traditional territory. It has been a huge success from the beginning and any government with its head on straight would seize the example of reconciliation and let the First Nation go about their business.

Meanwhile the push against 6,000 families in B.C. and their financial well-being in working year-round in the aquaculture industry has never been so extreme.

Equally, at the same time, the push is on within the industry to meet the goals of fish producers and stakeholders of all that matters, jobs, sustainable food production, a healthy environment, a solution for wild fish in need of recovery, not to mention secure year-round employment within a well-established industry making a huge contribution to the gross domestic product.

Grieg, Cermaq and Mowi and others and a number of intersecting companies with B.C. experience are all working to grow fish. Some of these fish grow on land for a longer period before they are put in the ocean. All kinds of companies are working with innovative marine engineers, biologists, and machinists, to design systems that keep wild Pacific salmon species separate from caged Atlantic salmon, or Chinook salmon, or Sablefish, or Steelhead. The semi-closed containment systems reduce the incidence of Harmful Algae Blooms and sea lice infestations affecting the salmon farms.

But is two years a long enough time to meet the demands of an undefined transition?

Science and skills are delivered in B.C. post-secondary institutions, the provincial education system and private colleges have invested in aquaculture-related skills development. The local knowledge base is growing and local business interfaces with the international economy of growing fish, both here in B.C. coastal waters and around the world.

The business community, educators, and related expertise in machinery, biology, and work safety are engaged in the enterprise of producing fish in Canada on the west coast. Why this has to be stopped on the west coast is the biggest mystery of the hour.

Using the courts, the fish farmers of B.C. have been called upon to make a stand for the free and democratic rights of people to make a living on the west coast. They have met with success in appearance after appearance.

A word about federal government actions. The job of the Minister in charge of the Department of Fisheries and Oceans (DFO) could be to legislate an end to the strife on the west coast.

Aquaculture on the West Coast is obviously in need of legislation to protect the industry from the kinds of decisions courts have to throw out.

The Discovery Islands Decision by a previous minister of the DFO was reversed two years after the fact. This speaks to the truth regarding protection of the industry. This is what a minister of oceans could be doing. Proposing laws that protect the citizens of Canada who work in the aquaculture industry.

The judge said they overturned the Federal Fisheries Minister's (Hon. Bernadette Jordan, predecessor to Hon. Joyce Murray) Discovery Islands decision as it was made without supporting reasons. The judge said the phrase 'Social Acceptability' in support of banning fish farms was essentially a meaningless term with no place in government policy.

It was obvious the Minister went off the beam in legal terms by implementing policies that have such a large impact on the Applicants, including several highly invested fish farm companies and countless supporting businesses in a $1.6 billion a year economic engine with thousands of employees.

Finally, it comes back to reconciliation. The First Nations on the B.C. coast are marine oriented nations. They know these waters from many hundreds of years of history living in the territory. When a First Nation takes the initiative to work in the salmon farm industry that puts food on plates around the world, while permitting wild Pacific salmon to be restored, what place has the Federal government to come in and shut them down? It would create a whole new set of irreconcilable differences, and the need for a whole new round of reconciliations.

How Indigenous Leaders Made a Rapid Transition to Fish Farming 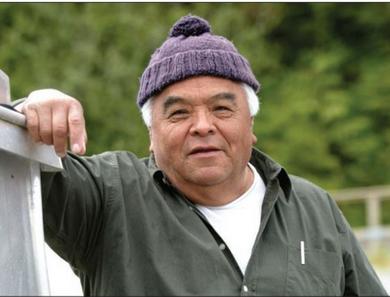