On Saturday, October 1 and Sunday October 2 in Delta, members of the Vancouver Island Marine Debris Working Group including Ocean Legacy Foundation unloaded all the plastic and marine debris collected from Vancouver Island beaches during a recent clean-up campaign.

Their Greet the GarBarge event at 8761 River Road, Delta, beginning 10 a.m. Saturday, invited the public to see the unloading of the full collection of 40 tonnes of debris, by the volunteer organizations that are a part of the working group. A full list of participants and more information is on their Facebook page at https://www.facebook.com/events/1107389392686607/.

The collection represents the debris that has floated up on coastal B.C. beaches, both from the 2011 Japanese tsunami, and users of the marine environment. Items were sorted to pull out recyclable and reusable plastics and other materials.

“Grieg Seafood entered into a muti-year partnership with Ocean Legacy Foundation led by James Middleton and Chloe Dubois,” said Sustainability & Growth director Marilyn Hutchinson. “The public might not realize the amount of debris from the Pacific Ocean that washes onto west coast Vancouver Island beaches." This event showcases how much debris there is, and will continue to be collected by participating volunteer groups.

Paula Galloway, Marketing Manager for Cargill-EWOS Canada Ltd. also became involved in Ocean Legacy’s project, by donating 100 used fish feed bags to collect the plastics, and again in 2017. “It was a project we felt was important to maintaining the pristine environment of BC’s coastline, including those beaches enjoyed regularly by residents and visitors alike, and many beaches rarely having any human contact.”

The debris was collected by Ocean Legacy Foundation

About Grieg Seafood BC Ltd.

Grieg Seafood was established in 2000. It farms Atlantic salmon in the coastal waters of British Columbia and employing 100 staff from more than a dozen Vancouver Island communities. Grieg’s commercial activities support a wide range of supplier companies on the Island and beyond. 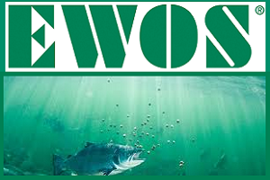 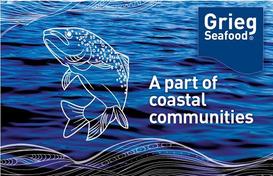