There are those who roam the roads looking for victims. The ruse might be a broken down car, or a person in need of directions.  Simply, a hitchiker disappears.  Small villages and towns dot the rugged landscape through which Highway 16 runs, a 1,347 km stretch of road that runs east to west across north central British Columbia.

A young woman sticks out her thumb, never to be seen again. Since 1969 this route has been witness to as many as 43 murders or suspicious disappearances along a 700 km stretch known as "The Highway of Tears." There have also been a number of missing aboriginal women and highway of tears victims on other B.C. Interior Highways, including highways 5 and 97. According to the RCMP investigators, 18 of the unsolved murders and disappearances are considered linked. Most of the women were members of First Nation communities or of Indigenous Canadian descent.

The first known victim Gloria Moody, 27, was seen leaving a bar on Oct. 25, 1969 at Williams Lake. Gloria's body was found in a bush the next day. In July 1970 Micheline Pare, 18, disappeared along the  Fort St. John/Hudson's Hope highway, her body was discovered a month later. In 1974 a young woman's body, Gale Ann Weys, who disappeared near Clearwater, was found along the highway.

The numbers continued to mount until 2006 when young Aielah Saric Auger, just 14 years of age, was found dead by a motorist. Her body was lying at the base of an embankment beside Highway 16. Aielah had been missing from her family home for over a week, her family had put up missing posters all over Prince George, but Aielah would never return.

In September 2012 the family of Colleen MacMillen, 16, received information that provided closure to their search for the perpetrator of her death. She was last seen alive Aug. 9, 1974, hitchiking near Lac La Hache. Her decomposing body was found a month later on Sep. 2, 1974, 35 miles from where she was last seen. U.S. convict Bobby Jack Fowler was linked to her death via DNA evidence.

Fowler, a violent drifter, was convicted of kidnapping, assault, and attempted rape in Oregon in 1996; he died in jail in 2006 from lung cancer. The RCMP suspect he is also responsible for the murder of Gale Weys and Pamela Darlington who were both cruelly killed in 1973 but no DNA link has been found.

Fifteen year old Loren Donn Leslie's mother pleaded with her not to accept rides from strangers. Two days later in November 2010 she was dead. Her body was discovered at the side of an abandoned logging road north of Vanderhoof, close to Highway 27. Cody Legebokoff was charged later in the year with first degree murder. Legebokoff was to be found guilty in 2014 of four counts of murder, including Leslie, Jill Stacey Stuchenko and Cynthia Maas, both 35, and Natasha Lynn Montgomery, 23.

Police released information on Oct. 1, 2012, that they had linked Legebokoff to the three additional murders. Jill Stacey Stuchenko, 35 was found in a gravel pitt near Otoway Road on the outskirts of Prince George on the Oct. 26, 2009. Jill was reported missing four days previous to the discovery of her body. Legebokoff became the suspect of linked to the disapearance and death of Montgomery and Maas, last seen on the Oct. 10, 2009, but her dissapearance was not reported for two weeks, her body was found Sep. 2010.

Alarmingly in the past three decades an estimated 520 First Nation/Aboriginal women have disappeared or been murdered in Canada. The 2004 Amnesty International Report documented systemic killing of indigenous women in Canada, the most vulnerable being women who were young and impoverished. It concluded that Canadian authorities could do more to address the social and economic factors that helped put them in harm's way and ensure the safety of these women and girls.

The epidemic of racialized and sexualized violence against Indigenous Canadian women is a national tragedy. Indigenous women are five times more likely to die as the result of violence than other women of the same age.

Helen Betty Osbourne 19, was kidnapped and brutally beaten then murdered on Nov. 13, 1971, in The Pas, Manitoba. Kenny Gurbra, 14, found her body in the woods and told his father who reported the discovery to the police. She aspired to be a teacher and attended college. A Report from the Aboriginal Justice Inquiry of Manitoba stated, "There is one fundamental fact, her murder was a racist and sexist act. Helen Betty Osborne would be alive today had she not been an Aboriginal woman.”

It would be a further 16 years before anyone was convicted of her murder. Dwayne Archie Johnston, James Robert Paul Houghton, Lee Scott Colgan and Norman Bernard Manger were implicated, and, in December 1987, Johnston was convicted. Houghton was acquitted, Colgan received immunity for testifying against Houghton and Johnston, and Manger escaped ever being charged.

'Stolen Sisters' is an adhoc organization that has long campaigned to fight violence and discrimination against Indigenous women in Canada; it aims to shed light on the numerous cases of violence against Indigenous women that has gone unnoticed by governments. The "missing" women are not simply lost they are "stolen" and more need to be done to investigate the disapearances and deaths of many.

Highway of Tears Gravity of Crimes is Haunting 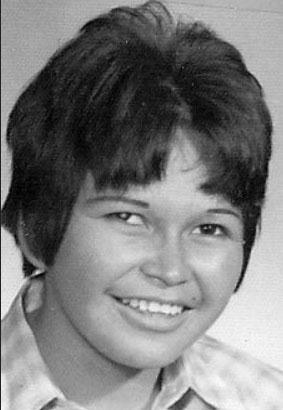