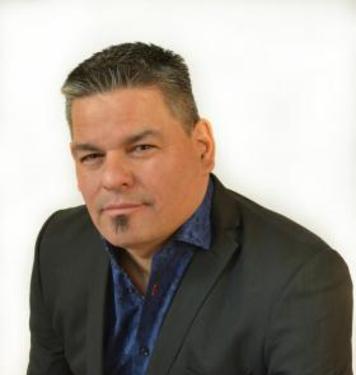 TORONTO - Nov. 6, 2017 - First Nation policing in Ontario has a long storied history with some of the oldest and most experienced First Nations police services across Turtle Island.  Despite the challenges posed by successive provincial and federal governments, our police services have survived as a result of strong leadership and the commitment of First Nation officers.

With the introduction of the Safer Ontario Act at Queen’s Park, we have taken another step forward in securing greater community safety within First Nation communities. Numerous inquests and inquiries regarding First Nations policing have been conducted over the years. All of which, including the landmark Ipperwash Inquiry, point to the glaring lack of, but much needed, legislative basis for First Nation policing.  The Safer Ontario Act finally responds to this significant omission by enshrining in legislation a secure legal foundation for stronger safer First Nation policing and communities.

Finally, after the Chiefs in Assembly have passed 43 resolutions concerning First Nations policing and have worked tirelessly through decades of lobbying, First Nation police and communities will finally be provided with the same consideration and equitable treatment as the rest of the population across the province. No longer will officers have to operate in buildings without heat, be forced to attend service calls individually, but be able to count on a partner and feel secure in knowing they have the resources to operate properly and safely, and are compensated fairly.

We are proud to have partnered with Ministers Naqvi and Lalonde in reaching this critical juncture, and look forward to continuing the good work that the regionally representative Political Technical Table tirelessly dedicated themselves to. We commend the Ministers for demonstrating strong leadership on this file and for developing a strong partnership with First Nations police services and communities.

With the strong leadership provided by the province, we need to ensure that we are clear that this is a shared responsibility. The federal government needs to step up and match the province in its determination that First Nation policing services are essential services and deserve equitable treatment to their non-First Nation counterparts.

With this significant step forward, we can now look to preventative measures in order to eventually eliminate the need for increased policing and emergency services, allowing much needed resources to be focused on creating healthy, safe and sustainable communities.

I applaud the flexibility provided through the act as First Nation communities and police services will have the option to opt out of the legislation, based on the diverse approaches to sovereignty and jurisdiction across Ontario.

I look forward to continuing to work with the province through the regulation writing process and to further dialogue inclusive of First Nations leadership at end of month during the Leaders in the Legislature gathering.

The Chiefs of Ontario is a political forum and a secretariat for collective decision making, action, and advocacy for the 133 First Nation communities located within the boundaries of the province of Ontario, Canada. Follow Chiefs of Ontario on Facebook or Twitter @ChiefsOfOntario.