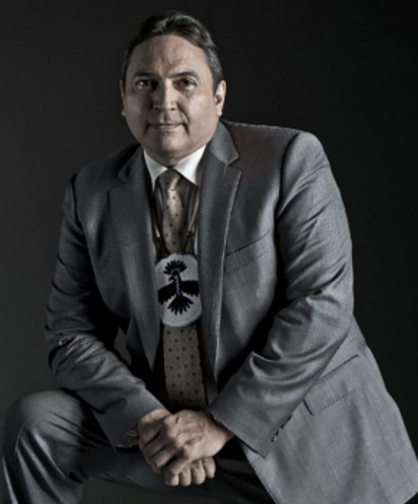 OTTAWA, ON – While premiers and territorial leaders met in Saskatchewan last week to discuss the well-being of Indigenous children, youth and families, a new report was released the same week, July 9, 2019 in fact, co-authored by the Assembly of First Nations (AFN), and it says First Nations children experience the highest levels of poverty in Canada.

“Canada is not tracking First Nations poverty on-reserve so we did,” said AFN National Chief Perry Bellegarde. “The findings of this report are shameful and underscore the urgent need to invest in First Nations children, families and communities. Our children face the worst social and economic conditions in the country. They deserve an opportunity to succeed. Canada has not been tracking poverty on-reserve and that’s one reason the situation is not improving.

"We need a combination of political will, action, cooperation among governments and sustainable investments in water, infrastructure, housing and education to help First Nations children succeed and get a fair start in life. It’s beneficial to all Canadians to close the gap in quality of life between First Nations and Canada.”

The report, Towards Justice: Tackling Indigenous Child Poverty in Canada, available at http://www.afn.ca/wp-content/uploads/2019/07/Upstream_report_final_English_June-24-
2019.pdf, was developed in partnership by the AFN, the Canadian Centre for Policy Alternatives (CCPA) and published by Upstream: Institute for a Healthy Society. It finds that half of all First Nations children on-reserve live in poverty, with even higher numbers in Saskatchewan and Manitoba.

Children on reserve are four times more likely than non-Indigenous children in Canada to live in poverty and experience some of the worst social and economic conditions, causing negative effects on physical, mental and emotional wellbeing. The report tracks child poverty rates using the 2006 Census, the 2011 National Household Survey and the 2016 Census.

National Chief Bellegarde was meeting with premiers and territorial leaders in Big River First Nation, Saskatchewan to instill in leaders the importance of working together with First Nations to urgently address long-standing barriers to closing the gap. This includes working collaboratively to implement recently passed federal legislation focused on First Nations jurisdiction over child welfare. The meeting, hosted by Saskatchewan Premier Scott Moe, was focused on the well-being of Indigenous children, youth and families and took place in advance of the Council of the Federation meeting in Saskatoon.