End of the Industrial Age Automobile 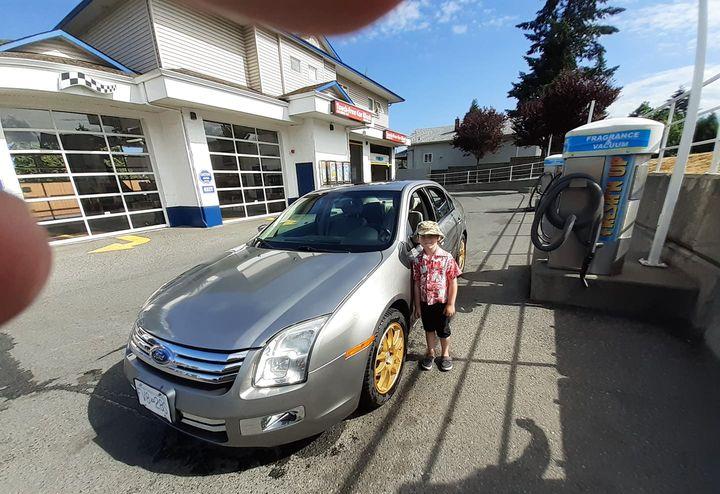 A lot of attention is being given to the EV revolution and guess what, headlines like this play in big media outlets practically everyday.

"The Gas Engine Is Dead. Welcome to the Electric Revolution. . . .With new all-electric pledges sparking around the globe, the combustion motor looks about to, well, combust." It was the Robb Report from last year. Here's the link if you like:

Who can argue? Honestly. Sit in a drive-through behind a 1990s vintage diesel pickup with dual-axle, belching literally clouds of black smoke (and don't deny it happens, it happens every single day for every time you stop for that coffee and an egg mcmuffin) and you start wishing you were dead while choking in that direction so fast your heart skips a beat. It's disgusting. It's constant. It's millions upon millions of vehicles, including the one I sit in for often what seems like hours everyday. It's a huge mistake that cannot simply be undone at the snap of the fingers.

Add to this the honest reports that rubber tires from the omniscient automobiles are choking the sidewalks where you think you're being all healthy sitting sipping a latte. But you're inhaling gulps of rubber particulate matter, gallons of it.

Add to that a service industry that spans the globe, stores and shops specializing in the thousands of replacement parts, starting with spark plugs, and proceeding through literally thousands of specialized pieces, some rubber, some aluminum, some plastic, some metal, some more rubber. It's a lot of stuff you won't be needing if we got rid of these toxic belching machines. It only takes one car and a tailpipe and a hose and you can kill yourself in minutes flat, painlessly. You just go to sleep. With a sore throat. Cars are machines of concentrated convenience for your life, or not. Kidding. Cars have cost me dearly. One ripped off my leg. Another one, a truck this time, ran me over like roadkill. My artificial leg saved my life. It was carbon fibre. Like electric bike frames on the more expensive models.

Cars are noisy. The best ones, the absolute freakishly designed and evolved cars that are super and stuff cost over a million dollars and sound very loud. Very loud. You can be on the 22nd floor of a luxury hotel in downtown Los Angeles and hear the most expensive cars. And also the junkers. You can hear those from a long way off, and the ones with high performance engines and the old Volkswagon Beetles, and, well, any car from a standing start, they are all fucking loud, and smelly, noisy things. You do become attached to them, however, and you can identify a car familiar to you by the sound it makes. It's like a pet. A very smelly loud expensive and frankly dangerous pet.

And if they are a pet, well, they are not exactly loyal to the death. They do in point of fact turn on you and begin to eat all your resources. They will eat your brain when the battery dies inexplicably, or the alternator craps out, or the price of gas breaks all records, yet again. God forbid you pass the deadline for the $100 oil change. Inspect those tires, winter is coming. You're in Canada, winter's always coming. There's a knock, there's a leak, there's a tick, there's dirt everywhere, there's room in the trunk for four bodies. They are a terrible convenience. You do not want to try and live without one when you have children. It's not the childrens' fault.. What does the future look like for a less car dependent world? This dependency appears to be ending. It's a dependency that is really negative, frustrating, and annoying. It's also the entire reason for the industrial age to exist. So the question becomes, what does the world look like at the end of the Industrial Age? Let' think about it and come back with some thoughts.​