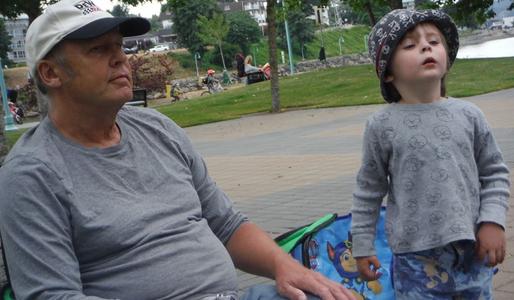 I am writing as a Canadian citizen, a western Canadian, a resident of British Columbia.

I was born in Edmonton, raised on the great and wonderful largesse we Canadians are so privileged to maintain from our hard work, dedication to principles of community, and respect for the rule of law.

I come from a family tree rich in Canadian history, including the Ottawa Valley and Halifax, Nova Scotia. Interesting fact, my great-grandfather's brother was a Member of Parliament representing Dartmouth for the Liberal Party of Canada for many years from the turn of the 20th century. He was a Laurier Cabinet Minister, he served under Prime Minister Mackenzie King.

Liberal Party history runs deep through the blood of my kin, right up to the present generation, and one should respect this for this history survived many, many years of meeting in phone booths in Edmonton.

But I have purpose to writing this letter. It includes congratulating you on winning re-election, no mean feat. But mainly it concerns the announcement about fish farming made to kick-off the Liberal platform at the beginning of the election. This made voting difficult for me.

I live on the west coast. I became familiar with the west coast when working for an Edmonton publisher in the 1990s who had a B.C. publication devoted to Indigenous issues and readers in the province.

I soon moved to the west coast and have stayed, where I raise a family. In the course of working for newspapers I learned a great deal about the business aspirations of Indigenous people because I made it the main subject of my writing in several publications.

Here's what I learned. Fish farming companies are far quicker to recognize the goals and aspirations of Indigenous people toward building small business, participating in industry as employees, investors, and associated business people than most industries on the coast.

Your statement about shutting fish farming down on the ocean would be a devastation to Indigenous people on Canada's west coast. There is a huge dialogue underway in the industry with communities about farming sustainably.

Rather than shuttering businesses and throwing thousands of people out of work for nothing short of a political vanity, ENCOURAGE THE DIALOGUE that is already underway. By the way, these fish farm companies are deeply invested in researching and developing sustainable fish-rearing practices. I would suggest concessions to their wisdom on the way forward for the industry.

Show the leadership that everybody needs here.