Celebrating a quarter century in business was both cause for celebration and reason to look back at how it all began. Tofino’s Creative Salmon – Canada’s first certified organic farm salmon producer – celebrated its 25th anniversary in 2015. General Manager Tim Rundle has worked at Creative Salmon for 22 of the (now 26) years. Like many managers at the company he worked his way up, taking on the GM role in 2008.

Rundle credits the company’s first General Manager, Bill Vernon, with envisioning what Creative would be – and pushing to make it happen. Vernon started salmon farming in 1983, first on the Sunshine Coast, and later also starting farms in Tofino. There were four employees and a farm stocked 20,000 Chinook.

By 2015, Creative Salmon had grown to employ 55 people full-time year round, operating four farms simultaneously with its six site tenures, and through its parent-company Lions Gate Fisheries processes its Chinook and distributes the fish to locations in Canada, the United States, and Japan.

Although Atlantic salmon forms the bulk – about 90% – of salmon farming in B.C., Creative Salmon has always raised just Chinook, choosing to do things differently. “In a world of very large companies farming salmon, we needed to find a competitive edge. The challenges were many,” recalls Vernon, “but so were the successes.”

Creative Salmon was the first salmon farming company in B.C. to hire a full-time Aboriginal liaison. That first liaison was Tla-o-qui-aht hereditary chief Bruce Frank, who now chairs the Creative Salmon/Tla-o- qui-aht Fish Farm Committee which was established under a formal protocol with the Nation signed in July 2014. LINK TO MEDIA RELEASE

“My first message to Creative all those many years ago was simple,” recalls Frank. “I told them to pack up and get out of my Nation’s territory.” Frank says much has changed and credits lots of communication and relationship building over the years.

Creative Salmon was also the first salmon farming company in B.C. to implement an Environmental Monitoring Program – long before environmental monitoring was a government requirement. Vernon says this concern for the environment extended to other areas including the decision to not use copper or chemical antifoulants on nets, early use of underwater cameras during feeding, and the decision to move away from antibiotic use. Creative Salmon has not treated its market fish with antibiotic since 2001.

Although organic practices started in the early days for Creative Salmon, it wasn’t until May 2012 that the Canadian government published the Canadian Organic Aquaculture Standard. As a founding member of the Pacific Organic Seafood Association, Creative Salmon was a driving force in seeing the certification established. Creative certified to the organic standard in December 2013. LINK TO MEDIA RELEASE

Spencer Evans was Creative Salmon’s General Manager after Vernon – from 2002 to 2008. After leaving Creative Salmon, Evans worked for aquaculture operations in many parts of the world including Tasmania, Malaysia, and Mexico. He calls Creative Salmon’s organic certification a fantastic accomplishment and a true milestone.

“The farming practices that we developed at Creative over time are some of the best I have ever seen anywhere,” says Evans. “To this day I try to carry them forward into other operations I get involved with. Although one of the smallest salmon farming companies in the world, Creative Salmon is North America’s largest supplier of Pacific Chinook (King) salmon."

The company is fully integrated, from producing its own broodstock and smolts at its hatchery in Chemainus to raising and harvesting the fish in Clayoquot Sound and processing the fish in a plant on the dock in Tofino.

“Creative Salmon has much to be proud of,” says Rundle. “Certainly with our recent history, organic certification and signing our protocol with the Tla-o-qui-aht is top of mind, but Creative has always pushed to be different and to always get better. Here’s to the next 25 years.” 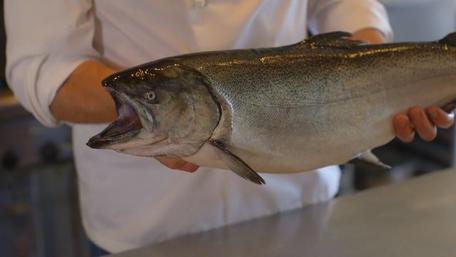 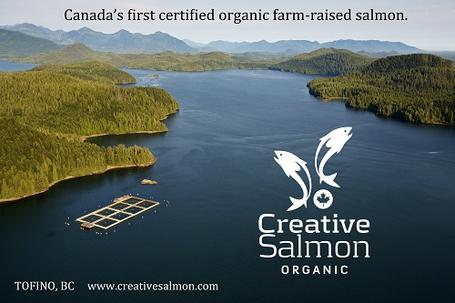 Creative Salmon Looking Back and Ahead 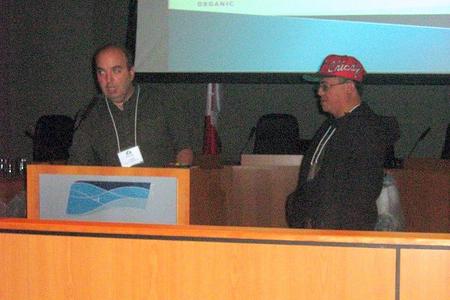 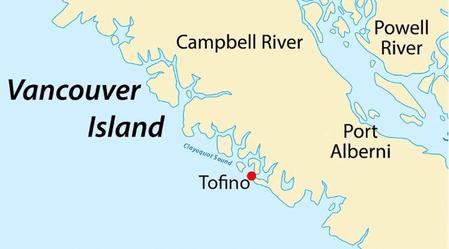