Only a few years ago, one Judge J.F Palmer imposed a sentence of 42 months prison time on Mathieu Flynn. 24, of Vancouver. Mathieu Flynn was no small time crook, he was a millionaire, some might call him an entrepreneur of sorts. In drawers around his Coquitlam home the RCMP had found his secret stash, piles and piles of $100, $50 and $20 bills. In fact Mr Flynn had been busy over the previous three years counterfeiting over $2 million dollars in Canadian currency.

Counterfeiting was dubbed by Michael Young in the Dallas morning News in 2009 as "the worlds second oldest profession." In the 1200s China introduced paper money, mulberry trees used to make paper money had to be guarded to prevent counterfeiters. Back then the penalty for counterfeiting was death by beheading. In the 21st Century we are more used to reading a life threatening warning on a packet of cigarettes, in 7th century China however paper money carried a similar warning "To counterfeit is death" Ming notes read. Fake money has been a problem since coins and paper currency came into use,at the time of the American Civil War for example it was estimated one third of currency in circulation was counterfeit.

Modern day security measures to prevent counterfeiting are often high tech. Most countries make use of holographic designs, UV lit text and microprinting. Investigators also make use of modern forms of communication such as social networking sites in their search for fraudsters. The Bank Of Canada takes counterfeiting very seriously and invests time in educating businesses and the public on how to recognise fake currency. As the Bank of Canada`s analyst told the court`s during Mathieu Flynns trial “Counterfeiters cannot replicate our bills, they are only be able to mimic certain features. That's what they prey on to get past certain retailers.”

In the fall of 2012 the Bank of Canada introduced a new polymer bank note. Following in the footsteps of the Reserve Bank Of Australia who first began using polymer notes as early as 1988, many countries have since joined them including New Zealand and Vietnam. So what is the benefit of the new Polymer bank note? A few vending machine owners around the country, whose machines are still not adjusted to accept the new currency or Mona Billiards young son whose $800 melted next to a radiator might argue none. But in actual fact the benefits are "noted" as being they last considerably longer than their predecessors, there is less environmental impact and more notably there is an increase in the available security features to prevent counterfeiting.

Despite this change from the traditional bank note to the scientifically enhanced polymer note counterfeiters continue to be a problem, proving as advancements in security measures are put in place fraudsters adapt to the changes. In January 2013 Winnipeg police issued a warning that counterfeit $100 dollar notes were in circulation. Issuing the following warning to businesses and consumers . .Inspect notes carefully, try to obtain the personal details of those issuing fake notes if safe to do so and inform the police immediately.

On the 30th of April, 2014, the Bank of Canada unveiled the newest additions to its set of Polymer notes a $5 and $10 dollar bill. The notes are an attractive addition. The $5 dollar note is a vibrant blue featuring pictures of the robots Canadarm2 and Dextre which built and continue to maintain the International Space Station. As well as a spaceman floating precariously mid air. The $10 dollar bill is a violet and purple masterpiece with a picture of the Rocky Mountains and a travelling train. Proving once again that the Bank Of Canada have far superior artistic talent to that of Mathieu Flynn the blundering arts and craft fraudster.

The Bank of Canada reported in 2014 that forged bank notes were again making their rounds. The counterfeit notes in question were fake $20 dollar notes in the area of Vancouver. Counterfeit notes are now so easily recognisable it is time for consumers and businesses to learn to spot the difference, for more information on how to spot a counterfeit visit bankofcanada.ca/banknotes 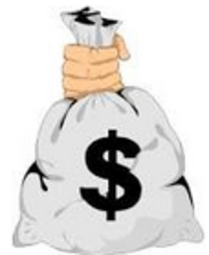