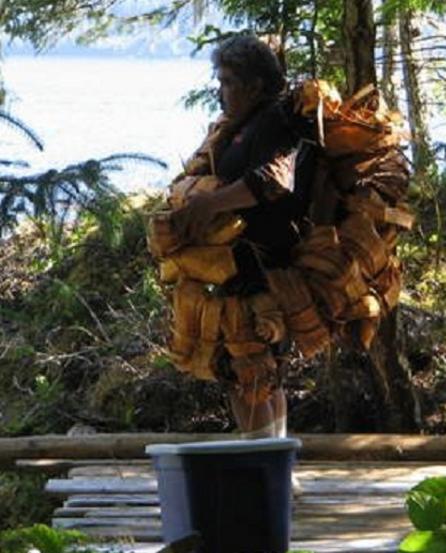 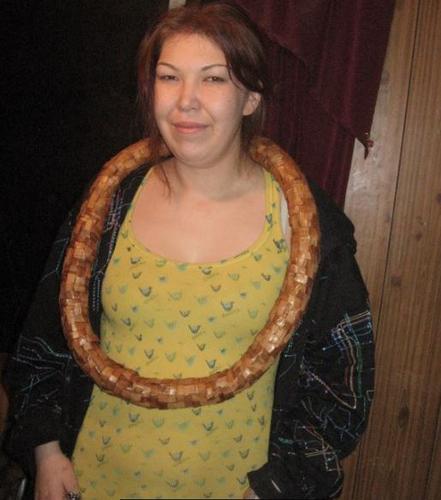 Kerri-Lynne Emily Dick, by now in her mid-30s, is a master weaver in the tradition of the Haida, Kwaguilth, Tlingit, and Kootenay peoples. She is the daughter of Beau Dick, Master Carver of the art of the Pacific Northwest.

As she describes it, to her cedar weaving,  basket making, and other products of the northwest coast comes as naturally as breathing. She says that basically her whole life has been immersed in the Haida and Kwaguilth culture. "I personally would never call it a cultural revival. It still existed because of strong families and strong lineages."

Cedar weaving was a part of Dick's life from the beginning. "My mother took me out to gather roots. We'd be on the beach and she showed me where to start and how to pull 'the root, and we'd end up with 40 or 60 feet of root."

Then there was cedar bark stripping. "It occurs in the late spring and summer seasons. You strip the bark when it's warm, because the sap is running. In winter it's solid and breaks. We did most of the weaving in the cold months. I remember in the winter that was the big thing. In the winter we potlatch and in the summer collect weaving material.

"The first time I learned to weave I was eight years old living in Prince Rupert." She was introduced to a Tsimshian woman who knew how to make cedar bark baskets. "My mother asked her to teach me." Dick trekked over after school. "I made one basket and she told me 'You have to go out and buy a bunch of cedar and do it yourself.' I thought to myself, 'Buy cedar?'"

Cedar is the Tree of Life. The majesty of Kwakwaka'wakw culture and the all of the rainforest nationalities in North America's Pacific region lives with the history of their incredible horticulture of cedar groves. It is proven they practiced advanced trans-generational management of cedar, creating surplus bark by harvesting the bark from living trees, according to anthropologists.

Dick was a young girl who, "thought it was bizarre that she suggested cedar bark was something you buy." The sacred cedar was something you gather. "When you strip bark from the living tree, you take a hand-width, only as much as your own hands can work with." Her mother moved back to the Queen Charlottes where Dick's learning continued at pace.

"I have to mention my teachers and mentors. Willy White, Primrose Adams, April Churchill, Evelyn Vanderhoof and Donna Cranmer were instrumental in encouraging me to develop the skill." Willy White "is a fast-black-weaver, a member of a society of weavers who have come back from the past," says Dick. "People are born into it. They get the weaver's bug and immerse themselves in it." They enter a supernatural world.

"It is important to be careful about spirit when you weave. I like to push it to a certain point and I know the energy is still in the cedar. I become yolakwamae' and that means entranced or hypnotized in Kwakwala." By the time she was 20 Dick taught cedar bark weaving in Kingcome Inlet. She showed pictures of weavers at work and one young student noticed how closely people worked together. The kids in her class wanted to take their knowledge to another level.

"The kids decided to utilize an old big house and they cleaned it up and cleared out a lot of debris." She had several serious students. "I've always been an immaculate weaver and some people wanted me to keep it a secret, but I wanted to hand it down to the generations. It's not about money, and it's not about popularity.. It's about how many generations this knowledge will extend into the future. To be remembered by my students and family is my payment." 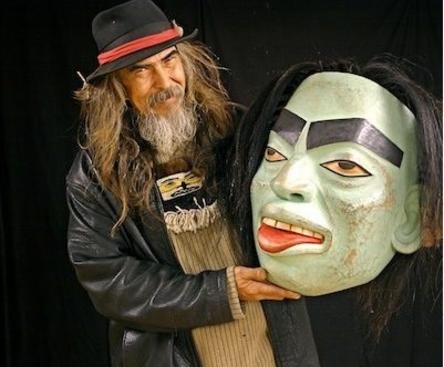