OTTAWA, ON - Mar. 7, 2018 – Assembly of First Nations (AFN) National Chief Perry Bellegarde issued the following statement regarding today’s announcement by the Saskatchewan Crown Prosecutor that there will be no appeal of the verdict in the trial on the death of Colten Boushie, which comes only a day after the Civilian Review and Complaints Commission (CRCC) announced that it will review the RCMP’s handling of the Colten Boushie investigation:

“Today’s announcement that there will be no appeal is another devastating blow to the family of Colten Boushie, and yet another indication to First Nations that Canada’s justice system is failing them - that it is a system that is not, in fact, providing justice.

The CRCC review is important because a young man needlessly, senselessly lost his life. But the review is only one step in a larger, broader process that affects all of us. I said when the verdict was first released that this case clearly spells out the need for governments at all levels to work with First Nations to develop a national strategy to address racism in Canada.

Seeing justice denied affects everyone. This specific case exposed with glaring clarity some ugly aspects of racism and ignorance. We are deluding ourselves if we think that’s not the case. The broader issues of racism and the failures of the overall justice system are precisely why this review must be one step in a process that becomes an actionable national strategy. First Nations will not stand for injustice and Canadians should not stand for it either.” 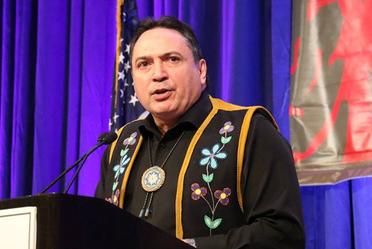