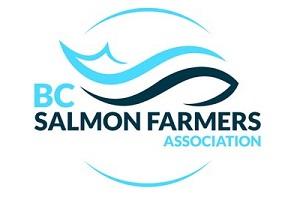 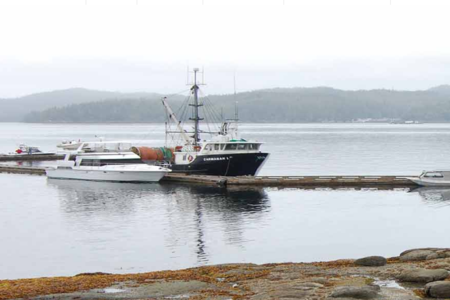 CAMPBELL RIVER, B.C. – The BC Salmon Farmers Association (BCSFA) responded on Jul. 27, 2017, to the latest activist campaign ‘Operation Virus Hunter II’, organized by the U.S.-based Sea Shepherd Society. This follows last summer’s ‘Operation Virus Hunter’ campaign, that has yet to publish or indicate any scientific findings at all.

The experience with Sea Shepherd’s 2016 campaign was challenging and stressful for farm workers. They regularly dealt with low flying drones, activists with cameras taking images of their living quarters, and frequent breaches of important biosecurity protocols that protect fish health. Farmers ask that activists remain a respectful distance from their farms and obtain all necessary permits, and permissions, before carrying out their activities. Fish farms in BC have been the target of the sea shepherd conservation society a couple of times in the past year.

“We’re disappointed that this latest American funded and organized activist campaign is attempting to paint a misleading picture of an industry that provides a healthy, sustainable product that feeds millions of people,” says BCSFA Executive Director Jeremy Dunn. “This is a distraction from the important research underway to better understand the real issues affecting wild salmon.”

All salmon are vaccinated against the most potentially harmful viruses before they are entered into the ocean farm. Fish are examined on a daily basis, with thousands of laboratory tests done each year to ensure that farmers know the exact health status of their stock. Farm-raised salmon are in excellent health, and members of the media and public interested in analyzing data regarding the health of salmon on farms in B.C. have access to open source data through Fisheries and Oceans Canada http://www.pac.dfo-mpo.gc.ca/aquaculture/reporting-rapports/index-eng.html. Viruses that affect salmon do not affect humans.

B.C salmon farmers are global leaders in achieving independent third-party certifcations for environmental sustainability and food safety. Every salmon farm is certified to an independent, audited program, while farmers raising Atlantic salmon currently have over 30% their active production certified to the Aquaculture Stewardship Council’s salmon standard – a standard developed by the World Wildlife Fund.

There are millions of dollars being invested, and dozens of scientists currently working to better understand the potential affects of oceanborn virus on the health of farmed and wild salmon. Farmers have long collaborated with independent scientists and are currently collaborating with researchers from the University of British Columbia, Pacific Salmon Foundation, University of Victoria, Simon Fraser University, Vancouver Island University, North Island College, University of Prince Edward Island, and many others.

Salmon farmers in B.C. raise 70% of the Province’s annual salmon harvest (farmed and wild), generating over 5,000 jobs and over $1-billion towards the B.C. economy. The vast majority of farms in B.C are operated in partnership with First Nations, with 20 agreements accounting for 78% of the annual harvest.

About the BC Salmon Farmers Association: Farm-raised salmon is B.C.’s highest valued seafood product, the province’s top agricultural export, and generates over $1.1-billion towards the B.C. economy, resulting in over 5,000 jobs. The BC Salmon Farmers Association represents 50 businesses and organizations throughout the value chain of finfish aquaculture in B.C. Our members account for over 95% of the annual provincial harvest of farm-raised salmon, 100% of the salmon feed produced in B.C., and most of the service and suppliers  involved in ensuring that over $700-million (2016 value) of salmon raised in B.C. gets to domestic and lobal markets. For more information visit BCSalmonFarmers.ca