Would you believe someone can throw a large metal object at an innocent bystander in the street in Canada resulting in death and the "someone" throwing the object would not be charged with murder? Only in Thunder Bay, you say? I doubt it. Anyway, the atmosphere altered slightly in November 2017 , six months after the fact of Barbara Kentner's death, when Brayden Busby was finally charged with murder. He is out on bail and faced a Preliminary Hearing on Sept. 10, 2018, in Thunder Bay, to determine if the case will go trial (?)

Barbara Kentner died Jul. 5, 2017, at the age of 34,  in Thunder Bay, after she was struck by a trailer hitch. It was a long, slow, extremely painful death after the large steel trailer hitch struck her abdomen while walking along a sidewalk minding her own business. Brayden Bushby, 18 at the time of the alleged incident, was purported to have yelled, "Oh, I got one!" after the weighty metal object crushed Kentner's abdomen. The attack was witnessed by Kentner's sister, Melissa Kentner, while they strolled down a sidewalk. This brutal and murderous assault was one of those passtimes they have in Thunder Bay, throwing deadly objects at Indigenous people from passing cars, this one having a driver and three passengers. Two of the passengers in the car supposedly turned themselves in the next day, reporting Bushby to police, thus providing two more witnesses to the proceedings at the Preliminary Hearing and trial.

It was exhausting to consider how long the city police were "looking into" criminal charges against Bushby, if charges would be changed from aggravated assault in the aftermath of Barbara Kentner's death, the death being a direct result of Bushby's uninitiated attack. The dawdling Thunder Bay police awaited an equally dawdling coroner's report before making announcements. Attack occurs in Janary, 2017. Barbara Kentner dies in July, 2017 after fruitless medical procedures to try save her life. Alleged perpetrator is charged in November, 2017, free on bail, then, in February of 2018, courts announce a Preliminary Hearing for Sept of 2018.

Kentner, an Indigenous woman, suffered irreparable damage to her internal organs from the attack with a trailer hitch allegedly thrown by Busby, 18-years old (at the time of the attack) white male in Thunder Bay. Barbara Kentner went from being a healthy, robust 200 lb. woman of 34 years, full of energy and very strong, reduced to person with repeated organ failure that caused a wasting of weight and rapid decline of health until her internal organs completely failed. Doctors informed their patient early in her treatment that she was unlikely to survive the injuries, thus she lived with a longterm spectre of death.

The medical situation was a torn small intestine immediately leeching bacteria into her organs. Ultimately doctors said she needed a liver transplant, and she became determined to prepare for it, but her ability to recover from the onset of illness was too compromised and she was unable to face the procedure. "I heard her take her last breath," her sister Melissa said.

Barbara Kentner, Anishinaabe, leaves a teenage daughter, Serena, wracked by guilt about her mother's on-going battle with alcohol. "I should never have left. I know I could have saved her." Serena had gone away on a trip to western Canada where she was involved in furthering her education when the attack took place. Meanwhile, Barbara Kentner was determined to fight for her life to the very end, "I'm too damn young to leave this earth," she wrote on Facebook shortly before her passing.

Barbara Kentner was laid to rest at a crowded funeral on Jul 12, 2017 in Thunder Bay. May she rest in peace.

Barbara Kentner Dies of Her Injuries
Brayden Bushby Alleged Perpetrator on bail, attended Preliminary Hearing in the fall of 2018, and returns to court Jan 15, 2019 to find out of the court will proceed with the trial for 2nd degree murder. 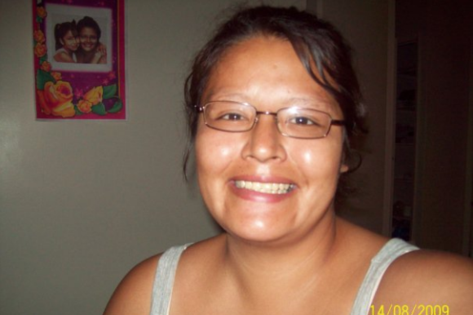 Barbara Kentner Dies of Her Injuries