Grace Dove shines as 'Ricki' in the Netflix movie release of Jul. 13, 2018, How It Ends (2018)  "A desperate father tries to return home to his pregnant wife after a mysterious apocalyptic event turns everything to chaos."

The movie stars Theo James and Forest Whitaker as they struggle to get to Seattle from Chicago in the middle of an apocalyptic scenario with lawless crazies dominating a dystopian society on the highways of America.

On their way to Seattle the two men stop at an Indian Reserve and meet a fiesty lady named 'Ricki' who knows her way around cars, who wants to get to the west coast herself, and who accepts a cash offer to keep their automobile serviceable and roadworthy on the way to Seattle.

The trip west is made in Whitaker's Cadillac and the trio meets numerous earth-shattering obstacles on the way.

Grace Dove is a Canadian actress trained in the film industry in Vancouver, other Canadian cities, and the United States, having grown up in Northern British Columbia, child of an American father and Secwepemc mother. Her dad is a musician and film maker and Grace has been working in various film and television mediums from a very early age.

It was just a couple years ago (2015) Grace Dove starred in The Revenant with Leonardo diCaprio and Tom Hardy. She was the wife of main character  Hugh Glass, in a setting of 1823 in the American west.

While Grace Dove has come into her own as an actress in film, with two major roles in a now burgeoning movie career, IMDB describes her as follows: "Grace Dove is an Indigenous actress and television hostess, primarily known for her role as Hugh Glass' wife in the 2015 film The Revenant, starring Leonardo DiCaprio as Glass.

"Dove is Secwepemc from Tsq'escen' (Canim Lake Band) near 100 Mile House, BC. She hosted "UnderEXPOSED TV" an action-sports documentary series, on the Aboriginal Peoples Television network for three seasons. Grace is currently (appearing) in a lead role in the Netflix thriller 'How It Ends' starring Theo James and Forest Whitaker."
- IMDb Mini Biography By: Can Deniz

"She is Shuswap, originally from Canim Lake Indian Band and now travels between Vancouver, BC and Los Angeles, CA. She is Secwepemc residing in the Canadian province of British Columbia. She was born and raised in Prince George, British Columbia as the daughter of a filmmaker. There she attended High school and after graduating moved then to Vancouver to study acting at Vancouver Film School." 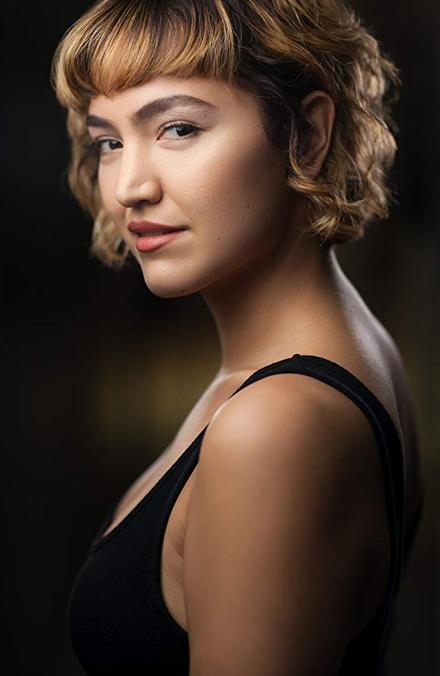