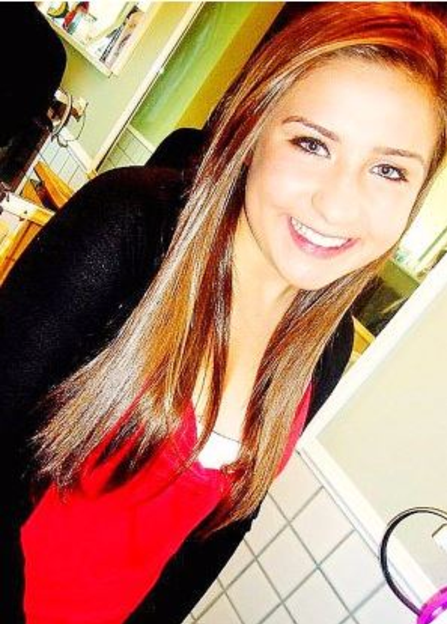 It grew worrisome how much safety was lacking for women in Vancouver-area parks not so long ago, awareness of which was raised to new heights by the murder of 15-year-old Laura Szendrei in late September 2010, and now we know who did it. Wyatt DeBruin savaged the Grade 10 student in transit to Mackie Park, at 1:30 p.m. on Sep. 25, 2010, and she died in hospital early the next morning, Sep. 26, 2010, from a severe blow to the head.

The deadly attack on Szendrei took place near Burnsview Secondary School in North Delta. It occurred when she was walking through the woods on the way to meet friends in the park; these friends heard two loud cries for help and ran in that direction to find her laying on the ground. Delta Police Force at the time told media they were looking for a 'person-of-interest', described as a young male seen leaving the park at about the same time as the attack, walking swiftly while preoccupied with a cell-phone. Was he a suspect? "No," said a police spokeperson. In fact the killer had circled back to the scene of the crime to mix with Szendrei’s friends and tell them he too heard cries then volunteer to look for the wounded girl's attacker. He was mere days away from his 18th birthday and committed the murder as a young offender.

In an ensuing investigation, DeBruin admitted to undercover cops that he had sexually assaulted three other women several months before he killed Szendrei. While in custody the murderer told psychiatrists about anxiety around women and inexperience with sex. The judge said DeBruin was “sexually motivated" to murder and sentenced him to life with no parole for seven years — maximum available to persons under 18 convicted of 2nd degree murder. He is 21 years old; in October 2013 he plead guilty. Despite an adult sentence his lawyer applied for a publication ban to keep DeBruin's name concealed from the public via media. In late January this changed when a judge in Surrey lifted the ban. "Now you're allowed to say his name. What's his name? Wyatt DeBruin is a killer. He killed Laura for no reason and he should rot in jail," said Betty Rotaro, Szendrei's grandmother, outside court in late January.

The judge said DeBruin was 'socialized' and above average intelligence. First he tried to suffocate her with a plastic bag and commit a rape. She resisted vigorously and DeBruin attacked her with an iron bar. His lawyer asked the judge to extend a publication ban on his name citing interests of the perpetrator's personal safety but the application was rejected; even so, the judge continued a publication ban on images of DeBruin. "Everybody needs to be protected, including people who have committed crimes, and to be safe while they're serving their sentence in prison. And there had been a threat against Mr. DeBruin," said Wendy Stephens, Crown prosecutor.

"In order to make that threat the least likely to be carried out, and also to further his rehabilitation so that he can attend programs, we thought it best that his name was published, but there's no real need for his photograph to be published." The Crown also raised the possibility of DeBruin changing his name.

There's a reason for the Crown fussing about DeBruin's future state of being. The Crown raised rumours that Szendrei's father has ties to organized crime which could jeopardize DeBruin's safety in prison. "I don't know what they're protecting. He's a murderer. Just treat him like everybody else," said Mike Szendrei, Laura's father. And the family says the only name worth remembering is Laura Szendrei's. ""Everybody remembers her as a sweet little girl. She didn't have enemies. She was A-1 in everything she does. It's a loss to the world for taking her away from us and we never get over it," said Rotaro.