World Economic Order in the History of Indigenous Peoples 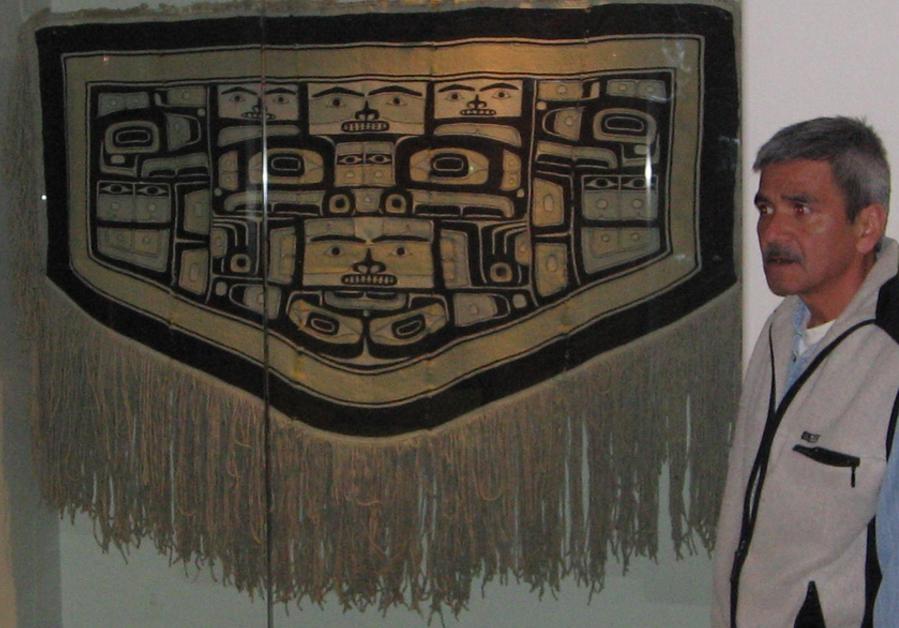 Before the birth of 'Industrial Nations' in the late 1800s, before the end of the Mercantile Trade and Barter economy as happened in the mid 1800s, before Napoleon freed European Jews from the ghettos of Europe in 1802, the people of the North West Coast conducted a thriving economy complete with complex international trade protocols and records.

This complex arrangement, said a carver, one evening, amid all the wood chips, must have fascinated close observers who came in to the territory, in the wake of Captain Cook's arrival in 1778. They came in ever-increasing numbers and whatever the new arrivals observed, they soon came to believe this potlatch 'business' had to be stopped, dead in its tracks. And this they both said and did.

This potlatch business must have been awful scary to the new arrivals because it was made illegal in 1884 by a Canadian government that spent the next 50 years dragging 'evidence' into fires and re-educatiing all the adherents to the system.

So when they looked at masks and grand images of the Pacific North West coast that evoked such terror and opposition, were they looking at art? Or was there more to it than meets the eye? Is it possible they were looking at a written language that they could not begin to understand? Is it possible the new arrivals were looking at the terms and conditions of agreements drawn between governments regarding distribution of nationally- generated wealth?

What if the compendium of so-called 'clan art' found within and on a Hereditary Chief’s Big House was a highly evolved record of economic development replete with ‘corporate’ symbols and advanced accounting? Since the potlatch included a highly developed government-to-government based international trade system, then it follows the system must have required elaborate and intricate accounting methods to deal with the records.

What did the usurping authority (Canadian government) find in potlatch that was so objectionable it had to be utterly destroyed? The international trade of the region comprised a vast complex of economic drivers, including everything from clothing to masks, to mats inlaid with family crests, to hats, also inlaid with crests, to all manner of household products, everything inlaid with intricate crests and art work. Everything was manufactured and traded on an annual basis between more than half-a-dozen nations. Within each nation, autonomous villages had specialties, whether it was canoe manufacture or paddles or fishing apparatus or clothing or jewellry, ad infinitum.

The carver who was speaking, a natural born historian, was quick to agree that nations where rich potlatch culture developed were incidentally the very nations where these elaborate art forms are the most intricate and detailed. These symbols practically bend the mind trying to figure them out.

Look at the last-gasp photographic evidence of the wealth of chiefs, photos containing panoramic images of house fronts, totem poles, bighouse screens, clothing, hats, and masks, so many Clan House Chiefs had these pictures done, found all the way from the northern-most Tlingit Nation to the southern-most Kwakwaka'wakw. They all insisted in having their pictures taken standing amid this vast array of wealth.

Add to this incredible tableau the intricate and absorbing detail of the Chilkat blanket, and add to that the minute detail of several family crests etched perfectly into an ivory spoon. Add to that the intricacy and detail generated in trade-based economics. The potlatch system was essentially an economic engine run by Clan Chiefs who had hereditary jurisdiction over lands, waters, resources (natural, manufactured, and human labour), and all matters of protocol in delivering goods and services.

The potlatch was engineered to be the conduct of trade between nations, says the carver. Potlatch-oriented economics accommodated international relations from the top of the North American Pacific coast, between Haida, Tlingit, Nisga'a, Tsimshian, Gikxsan, Bella Coola, Kwakwaka'wakw, and Nuu Chah Nulth nations, all the way to the bottom of Vancouver Island, and past the strait of Juan de Fuca.

The Coast Salish nation was noticeably absent from the system, a nation thriving in a form of self-sufficiency, and potlatch trading protocols went no further south, but the complex potlatch protocols defied all the usual barriers to trade within the Pacific North West. It was an international operation working throughout several government entities and could only be trusted if economic order was preserved.

This wealth was preserved and fell along the lines of nobles, people of standing, and this wealth and ownership was recorded in forensic detail. These were rich nations led by rich people. The complexities of this formerly immense system are yet to be recovered and understood, the meaning of the written language was extinguished, all of it disappeared except the well-known family crests, which are the only remaining code in the key to potlatch economics.

What this does mean is that a remnant of the former national glory has preserved threads of the 'statements of title' which continue to be understood by a few people who know their family shields. Lest we forget, the potlatch was secretly run by societies blood-loyal to House Chiefs and these societies protected their treasures (recorded the accounts), among other things like protecting borders. A usurping authority designated these societies shamanistic and marked their members for extermination; adding further misery during interceding years about ninety percent of the people in these nations died of disease.

Those who were left had the meaning of paintings, etchings, images, and carvings erased from their minds by a brutal system of residential schools. Adding insult to injury these people are presently denied access to an economic system of their own design, since who was to say theirs was not the prototype design for today’s international trade system in commodities, goods, and services in international trade?

It shall be considered therefore a terrible irony that they can only sit on Indian Reservations observing a close derivative of their creative endeavours governing the world and they are not allowed to participate according to the Indian Act.