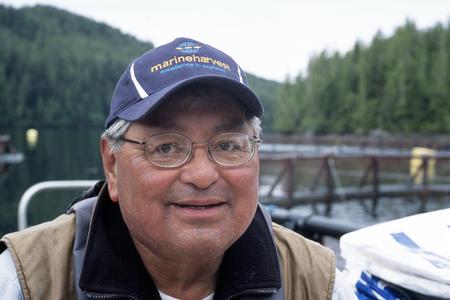 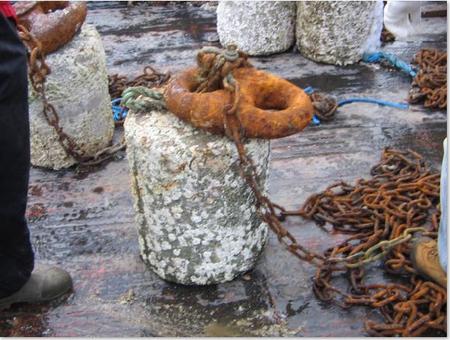 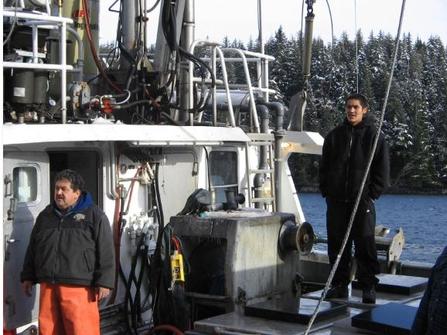 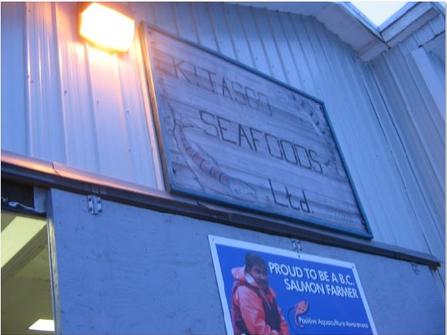 Something to Think About: "One earner in each household"

In a recent magazine story, Chief Archie Robinson proudly stated that salmon aquaculture has helped his community of Klemtu achieve "one earner for each household." That may seem a modest goal to many, but in a village as remote as Klemtu, it is a remarkable feat. Not that long ago 90 percent of the village was unemployed.

It was 20 years ago this month – June 1997 – that I first stepped onto Kitasoo/Xai’xais First Nation traditional territory. In the mid-1990s Marine Harvest was invited to the community to consider partnering with the Kitasoo/Xai’xais owned salmon aquaculture businesses: Kitasoo Aquafarms and Kitasoo Seafoods.

In 1998 an agreement was reached, and in October 2000 the first salmon we stocked were processed at Kitasoo Seafoods fish plant.

We were rookies. It took 27 hours to process 900 fish on that first day! I thought that maybe it was my unskilled labour slowing down the line. Beside me on that inaugural processing day was farm technician Kelly Robinson.

Kelly and I fed those fish for two years and were excited to see them heading to market. His mother, Ruth, was working at the plant that first day as well. Kelly and Ruth are still working today. 20 years of full-time employment. One earner in each Klemtu household. Absolutely brilliant.

The late Les Neasloss once remarked to me that he noticed people in the community starting to walk with their "heads held high and strutting with pride". I share that pride – proud to have had the opportunity to meet and befriend many great people in Klemtu.

I just called Kitasoo Seafoods and asked how many fish they can process today. The response: "1000 fish, each hour." Like I said, it was probably just me.

The team at Klemtu Processing Plant is now directly employed by Marine Harvest Canada (MHC). While previously contracted to Marine Harvest by Kitasoo Seafoods, Klemtu staff recently voted to accept an offer from MHC to become employed directly by the company.

Other changes at the plant include employing more hygiene technicians, who are responsible for nightly clean up and sanitation.

The Klemtu Processing Plant team is proud that they continue to process much of the locally-grown salmon by hand while aiming to process between 8,000 and 10,000 pieces per day.

KLEMTU, B.C. - Kitasoo Seafoods Ltd. has been in business with Marine Harvest Canada for ten years now. "In the mid 90’s Marine Harvest and Kitasoo came together and they’ve been working together since then, and it’s been great for the community," said Les Neasloss, MHC employee, former elected chief of the Kitasoo/Xaixais First Nation.

"Since Marine Harvest came into play with us we’ve had a good turn-around. I know that the world appetite for salmon is great and now that we are farming it and feeding the world appetite for it we are hoping that we can keep the wild salmon. The work has made a difference in the lifestyles of our people. It’s been great."

Ben Robinson is the general manager of Kitasoo Seafoods. He said farm sites always require a lot of maintenance. Marine Harvest Canada has about 12 to 14 people employed on the jointly owned farm sites. The jointly owned processing plant operates inclusive of farmed fish harvests but not exclusively on the harvests of Atlantic salmon. The plant employs three dozen people, and while the salmon is popular with consumers; even so, "We continue to get the objections but we just want to move forward and whatever the powers-to-be in other communities decide is their business, their choices."

Kitasoo is in the business as an economic development happening in their waters and they are part owners and full-time managers, "We’re not political, and we don’t campaign. When we receive criticism we point to the problem fishery under DFO management," in which Kitasoo members saw their part dwindle away to nil like everybody else.

Robinson said, "If the product is bad, why does the Canadian government give us an export license," and CFIA approvals on the commodity for Canadian and American consumers? "The big picture is what happened to the entire fishing industry around the world. The food industry is reduced to having wild stocks of fish as a small percentage all over the world."

He added, "It’s not just salmon, it’s everything. It’s not coming back, the local wild stuff. People want to hang on to something that was there, and is not there anymore. I fished commercial for 40 years and continue to wait for it to come back," although he divested of large expenses like the fishing boat and licenses.

"I kept it for years and kept it waiting for fish to come back. These people remember the really good times and they need to blame somebody and the farmers are to blame," which doesn’t change commercial fishing as it had been conducted, and is today, which is, "a lost dream." He said if you chart any seafood, fish, prawns, or oysters, the food consumption by humans is met by aquaculture.

Klemtu on Swindle Island has a population of 400 members in town, and a band membership 500. It takes commitment and Kitasoo members are committed to preserving the community for future generations. The success of present day Kitasoo operations hearkens to the self-sufficiency of the old. The Kitasoo processing plant is used to process seaweed harvests, "They dry and chop it. They use it as a garnish to sprinkle on rice and salmon, and add the oolichan grease."

The Kitasoo trade for oolichan. "We trade for oolichan with dried herring roe or kelp product. We get the fish from Nass River, and the Kitimat Haisla trade with us, and they have oolichan in the Kingcome Inlet."  In eating oolichan you eat the whole fish, found by some to taste like giant French fries. "So greasy and rich, apparently the Omega 3 is good for you."

Ian Roberts of Marine Harvest Canada used to be the area manager of the Marine Harvest Canada/Kitasoo/Xai’xais farms and moved into communications a couple of years ago. "In 2008 jointly farm and process over 10 million pounds of salmon each year, shipping the salmon to destinations in Canada and the United States."

Roberts said the jointly owned farms in Kitasoo waters, the processing plant in Klemtu, and harvesting vessels altogether employ nearly 60 people and have reduced unemployment from 90 percent to around 40 percent. Lauren Edgar, a farm technician, explained, "I like fish farming. My dad used to work on a fish farm when I was younger, one of the first farms in Klemtu. I used to spend weekends on the site with him, so, guess I’m second generation fish farmer." 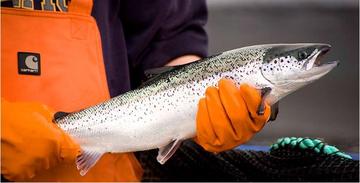