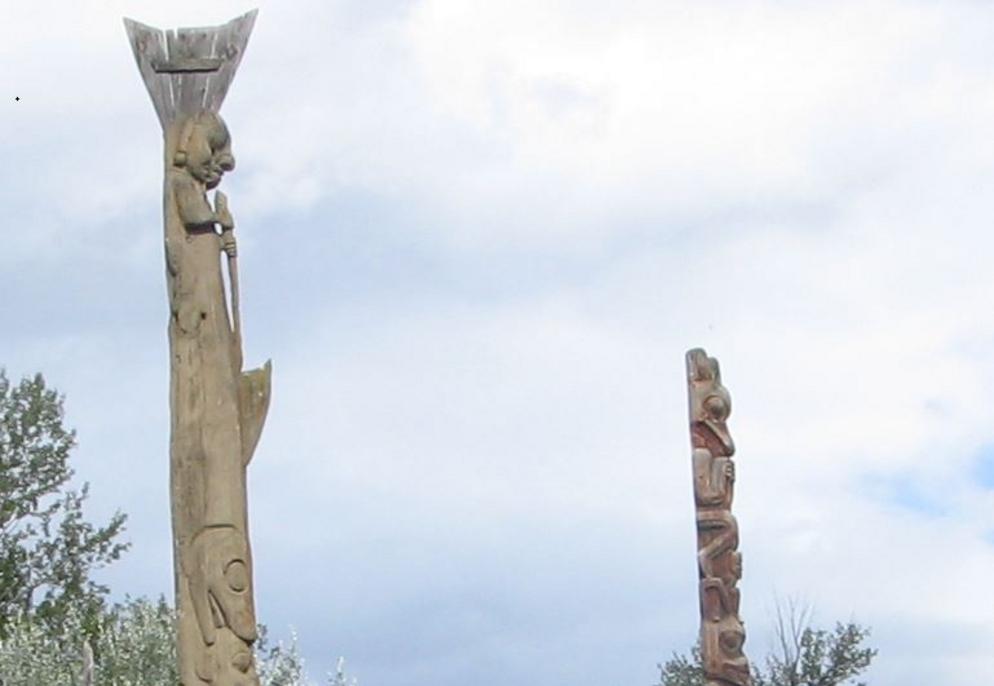 If the berries arrive late in the summer in the park at the Ksan Historic Village, Old Town Hazelton, B.C., rarely will there be a shortage of bears looking for ways to fatten up at the facilities. Bears can be especially busy at the adjoining Ksan Campground beside the historic site.

The Ksan Historic Village is a collection of Big Houses set on an elevated corner facing the confluence of Bulkley and Skeena Rivers. The Ksan is located at Old Town Hazelton in the Gitxsan nation. It is a small rural museum in a community that sometimes struggles to keep museum doors open, but summer is usually very good with international travelers stopping.

Ksan Historic Site is a collection of old world Big Houses demonstrating Gitxsan life. About a decade ago they took a hit from a perilous flood and doors did not open before July, and they lost thousands in projected revenue. The year previous to that, tourist visitations had diminished with the sinking of the BC Ferries Queen of the North.

The facilities run on a shoe-string budget, most of the marketing is done in-house. They have never done a major fund-raising campaign and the board of directors are accustomed to working in a grassroots effort.

On the capital side, maintenance efforts work to keep the tidy row of Big Houses in running condition. Ksan is more than a reconstructed village. The present administration will tell you the original founders and the old people understood the importance of dance and the ancient songs.

Ksan Historic Village is a standing testament to honour those who came before, and, in this way, the culture site runs on an time-immemorial philosophy of the nation's occupation at the confluence of the Skeena and Bulkley Rivers.

Ksan Historic Village Site surpassed the expectations of the founders in 1968. It became a bigger project, and the builders of it bestowed a huge gift to future generations who are left to work through occasional funding challenges.

The problem is always simply the funding. Ksan Historic Village has a small tax-base in the surrounding territory and the historic site organizers believe Canada has to deal with places that lack taxpayer-based funding. Usually museums of this calibre are supported by local or regional taxes in addition to an income stream from year-round visitations, and to survive there needs to be a balance.

Valuable museum pieces are expensive to preserve, new acquisitions create new expenses, courses for the public or schools cost money to arrange. It cannot all be about money. The world is enriched by the ethnographic collection of Ksan.

Usually by the end of each year's peak tourist season things are looking up, the results showing better than expected revenue for the Ksan Historic Village. The site has obviously become a destination for tourists from around the world.

In this way the key objectives are being met, communications keep improving, publicity programs are reaching abroad, the Highway 16 signage is excellent, and the main thing is to keep foundation grants flowing to keep the facility in working order.

Not too many museums can be rich. They walk a fine line if they become too prosperous. Operations are not-for-profit. Money flows in and out, in and out.

But core funding is thin as always when there are only 200 people in Old Town Hazelton and it is difficult to find money locally. A contrasting example of funding for museums occurs in Smithers. The city's library and museum receives thousands a year from the town.

In other words, museums across the country are not necessarily left in a financial lurch like so many First Nation places, and First Nation sites often endure a real struggle to keep their doors open. It never stops being a struggle. 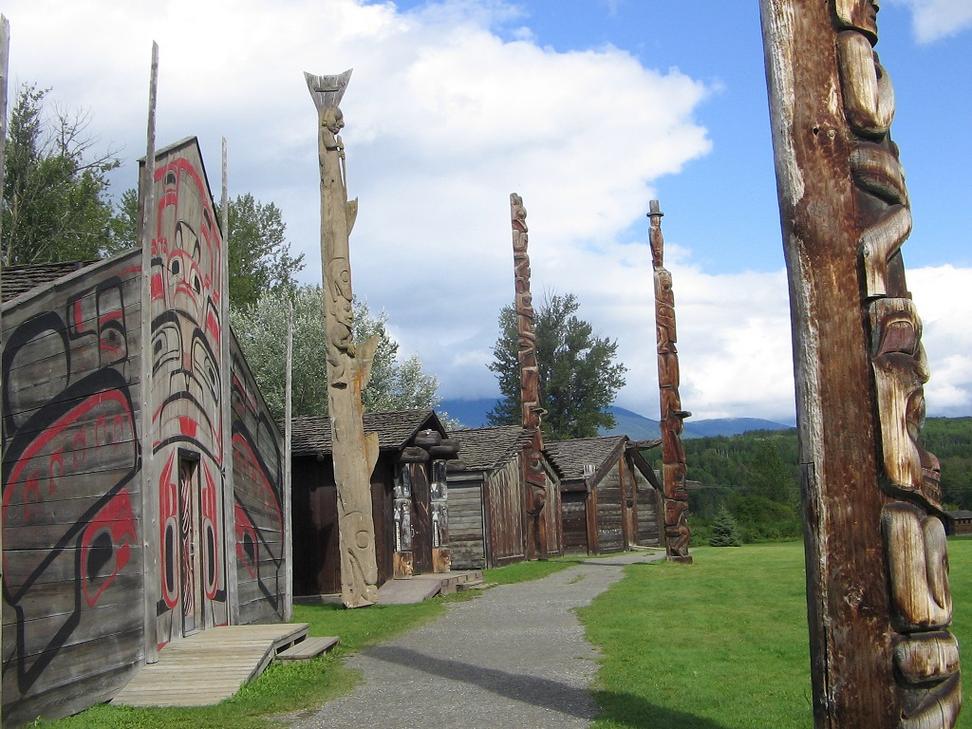