Here is the BC Salmon Farmers Association initial response to the Federal Court of Canada in St. John’s, Newfoundland and Labrador, April 22, 2022, which delivered the judgement against closure of Discovery Island fish farms that took place at the beginning of this decade and became all but fait accompli this year.

"The BC Salmon Farmers Association is encouraged that the Federal Court has set aside the Decision of the Minister to remove salmon farming in the Discovery Islands and has upheld the earlier injunction granted on April 5, 2021. This is a positive development for the coastal Indigenous and non-Indigenous communities in which we operate, and the thousands of family-supporting jobs our sector sustains. We will be reaching out to First Nations in whose territories we operate to review this decision and will have more to say in the following days and weeks ahead. "  BC Salmon Farmers Pertinent Webpage

Honorable Minister Bernadette Jordan was the DFO Minister in charge of the decision to close 19 farm sites in the Discovery Islands region of the B.C. coast. (The present Minister Hon. Joyce Murray holds a further 79 farm licenses in abeyance across several regions of the west coast, until a decision of license renewals is due in June 2022.)

The language of the court was as follows:

THE MINISTER OF FISHERIES, OCEANS AND THE CANADIAN COAST GUARD
as
Respondent

AND THE FIRST NATIONS SUMMIT
as
Interveners

(On the face of it, this is a substantial array of interests demanding arbitrary reversals to a long-established agriculture sector in British Columbia. This cohort has been pining for a long time for a reversal of the 40 year development of commercial fish production on the west coast. Although this cohort does have a zen for controversy, it isn't popular in circles respecting agricultural food production representing really substantial architecture and infrastructure, engineering and education, skill and career development and sound in fact world-class environmental best practices when it comes to the business of commodity-sized food production in salmon.)

(Judge Heneghan wrote a 66-page finding. These are the most compelling paragraphs):

[211] In my opinion, this timeline of events leading up to the Decision shows that the Applicants were not given a meaningful opportunity to provide submissions or respond to concerns in respect of the full scope of the Decision.

[255] The Minister made submissions about “social acceptability”. Upon cross-examination, Ms. Webb, a senior employee of DFO, was unable to explain what these words meant..

The B.C. fish farming agriculture sector is well established on  the west coast and works to provide essential food through all seasons and across far flung supply chains around the world. 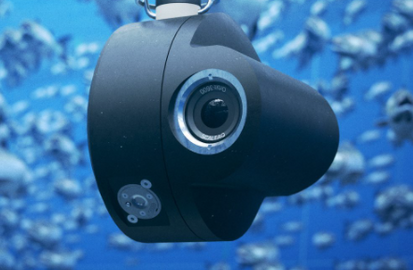