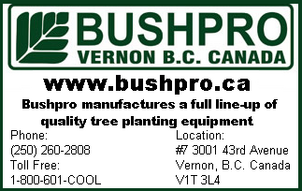 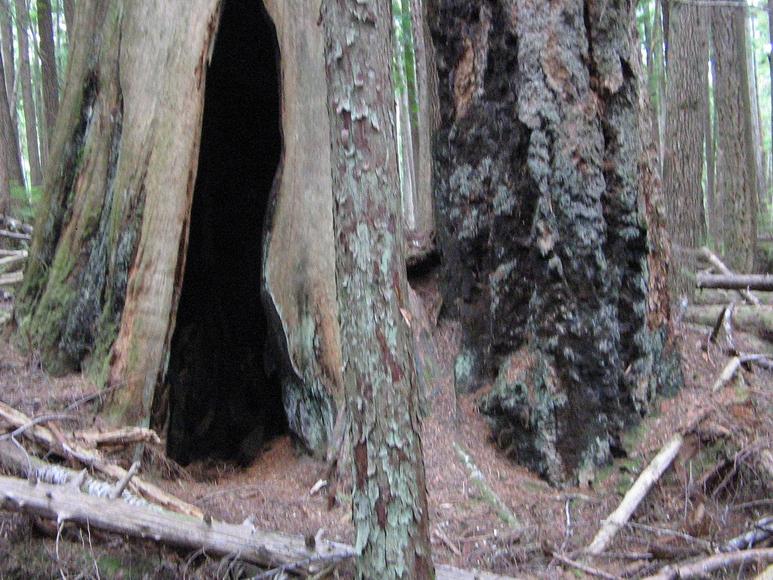 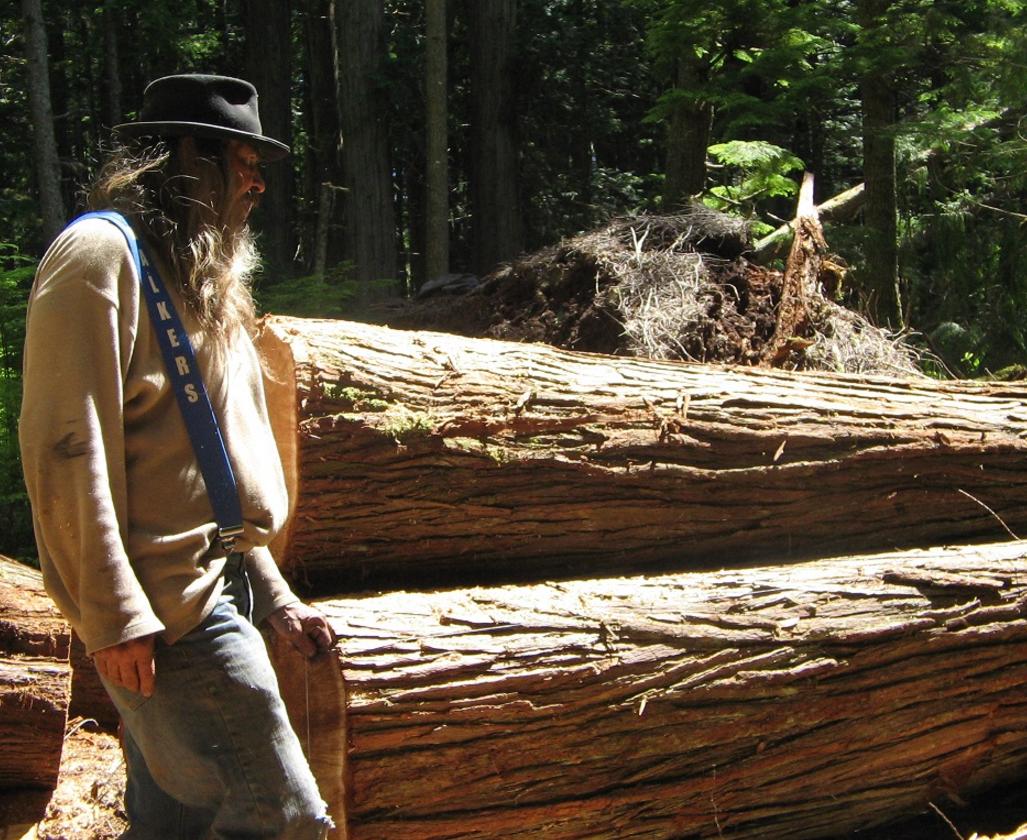 In the days prior to the Industrial Revolution First Nations built canoes to travel the extensive waterways of the Pacific coast. Each dugout canoe was manufactured out of a single cedar tree and these dugout war canoes were designed for ocean voyages of long duration.

Sometimes during these journeys canoeists ran afoul of the weather. The water on the Inside Passage is a reasonably constant 6 or 7 degrees Celsius but the weather varies and rainfall is a potential threat all year long, especially from October to March. Dealing with these wet conditions called for planning, which included the invention of the 'firewood CMT,' a form of culturally modified tree (CMT) found on remote islands and inlets of the Pacific Coast of Canada.

"Knowledge of the history of forest use is crucial for understanding the development of forests, which in turn helps to understand how societies react to forest development," said Rikard Andersson, Faculty of Forest Sciences, Swedish University of Agricultural Sciences. "Culturally modified trees (CMTs), recorded in the western U.S. (and Canada), northern Scandinavia, and south-eastern Australia, are features that can be dated precisely, and they bear witness to unique events of human activity."

David Garrick is a Canadian anthropologist with specific expertise in CMTs in west coast rainforests. "These artefacts define the First Nations communities in a practical way. They had camps all over the place, often at the mouth of a river. If they were taking a three-day voyage by canoe and it started raining they would pull out of the water, but how would you start a fire?"

An essential CMT would be found ashore where they could and often did make land and find the firewood CMT, each site containing a dry source of wood. The travelers would find a small cavern dug above the roots inside a massive cedar tree trunk. "They would peel shreds of the dry cedar found inside the hollowed trunk and they would ignite a fire inside the tree."

These firewood CMTs were commonplace, "There's one found at every encampment." Garrick has studied these peculiar modifications from Banks Island all the way to Kitkatla. He and others have found abundant evidence of a kindling source that provided instant fire to travelers. For the past three decades David Garrick concentrated on the study of humans interacting in forests  on the Pacific Coast.

He found a perfect place to do CMT research on Hanson Island, about 15 km south west of Alert Bay, B.C.. He set up the Earth Embassy in the heights of the 4 sq. km. island and he worked under the auspices of the Yukusem Heritage Society (composed of four First Nations from the Broughton Archipelago and Johnstone Strait).

"If you keep the ecosystem intact it becomes a living laboratory and a living museum, and a living classroom." For further study, "We have a post-secondary learning opportunities in the area. We have trails into all kinds of nooks and crannies on Hanson Island."

Garrick's laboratory on Hanson Island has been a welcome presence in the First Nations of coastal B.C. because his research provides a good history lesson about cedar usage in the culture and economy of the people. For instance a 'core-popped' cedar tree looks like a traumatic injury to those who pass by, but core-popping was no problem to First Nations, instead, it was a marker of time, "What happened to the cedar tree core was caused by a memorable event like a potlatch."

First Nation forest use went into a state of chaos for a period after contact with Europeans and the anthropology is specific about describing the trauma, "After epidemics reduced the population of Indigenous people, you see the sickness of the people reflected in the cedar peelings. Suddenly there are one-tenth the number of people available to peel cedar tree bark or cultivate and harvest other plants in the cedar groves."

Garrick's work will continue on Hanson Island where he has equipped others to teach everyone from small groups of First Nation students to the First Nation CMT researchers who identify the evidence of occupation and prior use in traditional territories. He maintained beautiful gardens at the Earth Embassy and he had members of the multi-nation Society trained to cut and maintains trails to the instructive cedar groves that will stand in perpetuity on Hanson Island.