Local governments have to step up to the plate, municipalities and regional districts face funding issues, WorksafeBC issues, occupational health and safety regulations and priorities. FireWise pointed out to the fire departments the necessity of interacting with jurisdictional authorities. It is a team effort with assigned responsibilities and duties to meet the duty of care and standard of care obligations.

Fire Safety involves concerns that the duty of care standards must be met according to the service levels established by the local authority having jurisdiction (AHJ).  Adequate funding for fire departments is a challenge regardless of the size of the community.  Once a level of service has been established through the authority of a bylaw and then policy statements of the AHJ, adequate funding is crucial. Small communities have difficulty providing funding with their limited tax base and competing for essential services to their constituents.

The audits and inspections highlighted these challenges. It is reassuring to note that most inspections audits were positive.  Fire departments are providing exceptional service under the circumstances. However, the chief coroner asserted it takes people to put out fires.

The training, equipping, and maintenance of the fire service is critical. Continuous improvement is necessary as regulations and community expectations evolve. That takes careful planning and implementation.

In the present day environment, wildland fires in forests are a big part of what urban, municipal, and regional district firefighters will be called upon to fight. "I believe in 2003 we saw a turning point in the way structural firefighters got involved in the wildland fires," says Polsom.

This report and the auditing process led to a new level of priorities for wildland firefighters. In the summer of 2021, a lot of municipal fire departments were deployed to assist in protecting homes, farms and businesses.  Many were equipped with structural protection units which are portable sprinklers systems designed to protect property values. The provincial Wildfire Management Branch assisted in protecting structures, and a strategy led to overcoming tough management problems.

Combined interaction occurred this past fire season with the White Rock blaze west of Vernon. This fire burned for months and was finally declared out in October. A lot of firefighting resources were committed to this fire. Other fires threatening communities were in Sicamous, Penticton, Osoyoos, Kamloops, plus other places that saw local fire departments mounting an effort to save their communities. One example was a fire in West Kelowna that was contained, used combined firefighting resources on the west side of Okanagan Lake.

Fighting the fire near West Kelowna was successful due to past events when now-retired Fire Chief Wayne Schnitzler started to equip and train the West Kelowna Fire Department in the specialty of wildland firefighting. FireWise recognizes that Schnitzler was great at what he did organizing firefighting resources in the Okanagan, and West Kelowna got the benefits. Their effort produced great results in keeping the fire from reaching the city again this year.

In many communities, the burden of firefighting falls on the shoulders of paid-on-call or volunteer firefighters, and Ninety percent of fire departments in B.C. are staffed by volunteers or paid-on-call personnel. Many full-time career fire departments also contributed to fighting the large fires.  A prime example of evolving firefighting priorities occurred when the City of New Westminster Fire Chief was deployed to coordinate crews in the Cariboo District who were fighting wildland fires.

Back in 2003, Sanders, a FireWise founding partner, had been summoned to Barriere in the Interior for five weeks, and we set up 95 pieces of firefighting apparatus. He believed 2003 was a turning point for structural firefighters to be trained to a standard that is effective for the Wildfire Management Branch.

Fires have been intense on southern Vancouver Island, like many areas of the province, and the Cowichan Valley Regional District has identified community halls, municipal services, water reserves, and conducted a forest service analysis of vulnerable critical infrastructure. Cowichan Tribes has Indian Reservation Land interfacing with forest and agriculture, as well as urban Indian Reservation Land.

The summer of 2021, south of Nanaimo, the Mount Hayes LNG facility, which sits on a 20-hectare location about six km northwest of the town of Ladysmith, one of the largest LNG plants in Canada, was threatened by wildland fire.

Fortis had done a Fire Protection plan, which called for a barrier to prevent fire reaching a critical facility. They had a plan in place to protect that infrastructure, and this planning came from some of the lessons that had been learned over the years. Before advances to the cellular phone network, we used to experience telephone poles gone and communications reduced to 2-way radio. Back in 2003, communications networks were transitioning from analog to digital cellphone networks. FireWise learned from this experience that some of firefighters were able to continue communication while others were not.

Mount Hayes was spared an unsavory encounter with forest fire due to fire prevention strategies.  Keeping up-to-date with advances in communications is essential in the coordination and management of emergency response agencies.

Polsom says, "Today, there is a provincial focus with grants and funding to communities to examine threats to critical infrastructure, like hydro stations and cellphone towers, and we see communities like the Nuu Cha Nulth west of Zeballos doing these examinations."

FireWIse gained had gained valuable experience in Central B.C., First Nation communities came down and worked so well to fight the Barriere fire with old fire trucks and equipment, but they knew what was coming with the fire. The company learned that local community resources have to be used.

In another example, property owners were told to evacuate at the White Rock Fire west of Vernon in 2021, and farmers and ranchers at Falkland said they weren't leaving and stood their ground to fight the fire. They used their own resources to save their properties.

Farmers on the prairies  get organized when they have grass fires; they mobilize to build dirt fire breaks, deploy irrigation sprinklers, and use manure spreaders loaded with water to wet down the fields.  It is amazing to see how the prairie communities, including First Nations communities, come together when their lands are threatened.

As time marches on, wineries from California are buying up land. It's quite a phenomenon. Growers are moving to Vancouver Island because it's too hot to grow grapes in California. Big wineries, Cherry Point vineyards, Blue Grouse wineries, etcetera, are buying up farm and forest land and planting vineyards north of Victoria. This new development is a direct reflection of the impact of a changing climate.

In the Yukon, they had to manage flooding in Whitehorse this year, they have a short summer, and many were displaced from homes. The flooding came due to early snowmelt and heavy rains. The climate is changing.

Bob Turley was working on Manitoulin Island near Georgian Bay, Ontario, in October 2021. They were inspecting public buildings for fire safety code compliance in this longstanding First Nation community.

Fire safety standards have to be updated and modernized, and teaching programs must be delivered to First Nations communities or other remote locations to allow people to self-assess their properties on-site for fire-safe conditions and practices.

Are the buildings maintained with open exit doors? Are there unwanted accumulations of cardboard in halls or outside buildings? Are fire extinguishers and fire detection equipment fully operational? Are building sprinkler systems fully functional? Are fire-safe practices being observed? Apartment and housing building managers learn how to look at fire safety, alarms systems, and inspections of dark corridors and the integrity of fire separations and engineered systems."

Self-assessment skills give community managers the insights to better protect community resources and facilities, FireWise courses  are all-inclusive, interactive, and self-paced. Courses are divided into units and involve as many as 35 hours of training.

It is challenging to deliver in-person classroom-type training because of their remote locations.  As the internet is introduced into more remote communities, education will improve dramatically. Too many First Nation administrations operate without broadband internet services.

As things stand, they  did a course in Taber, Alberta, in 2021, and two students came from Moncton, New Brunswick, to take the Fire Investigation Course.  Travelling long distances to get training is too costly for most communities.

In the month of June 2021, FireWise Consulting became a Benefit Corporation for Good . The company operates with a Triple Bottom Line: People, Planet, and Profit, where profit is measured by increased social capital.

Any First Nation trained to do fire safety self-assessments would gain social capital in the form of accessible and possibly transferable training, safety benefits, and planetary benefits.

Online training meets many of Their Benefit Corporation for Good objectives concerning fire prevention and investigation.

Bob Turley is a fire investigation expert, and has a real passion for prevention training to a pre-emptive level, and he teaches community managers to think about fire prevention looking for internal community resources for the answers. FireWise can 'train the trainer,' which spreads fire prevention knowledge through communities.

Polsom says Turley has a passion for teaching this ability to First Nations whose properties are too often at risk. Knowledge helps prevent fires. 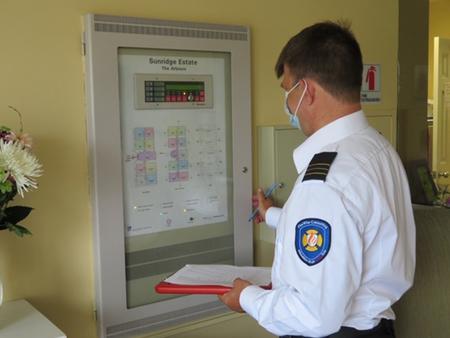 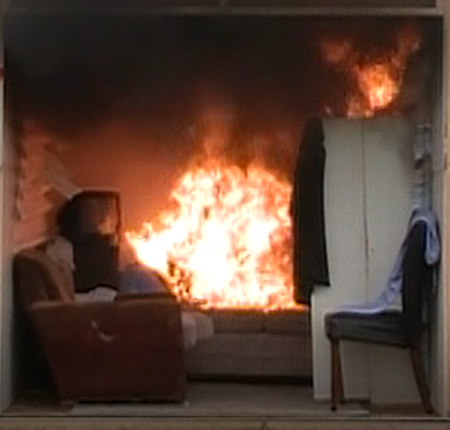 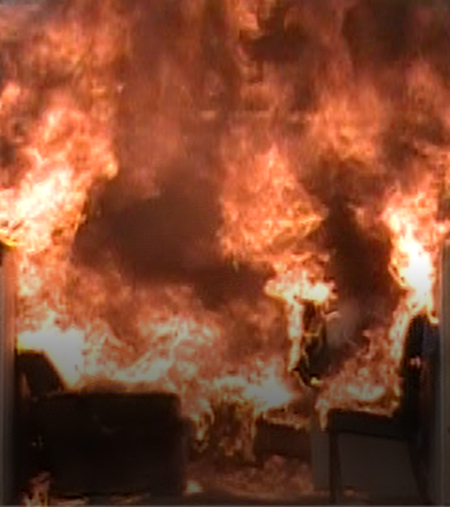 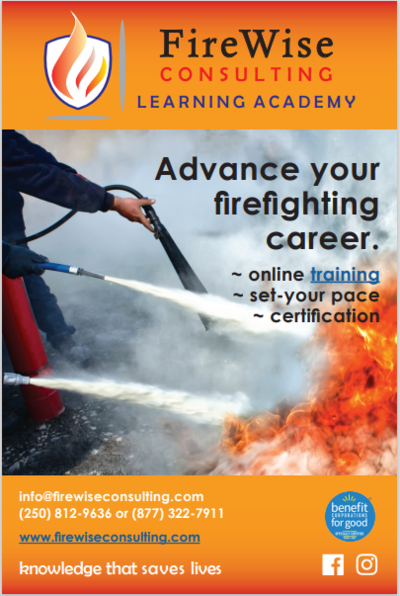 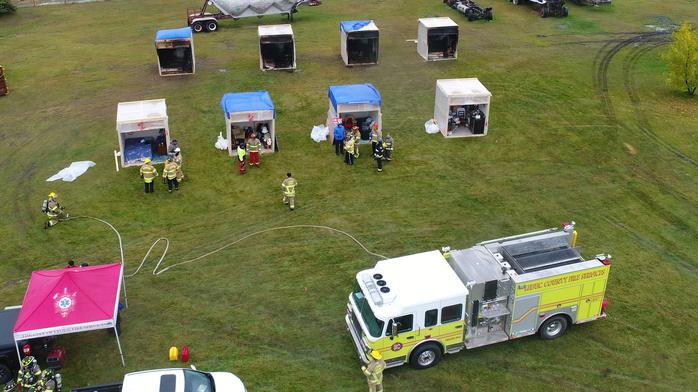 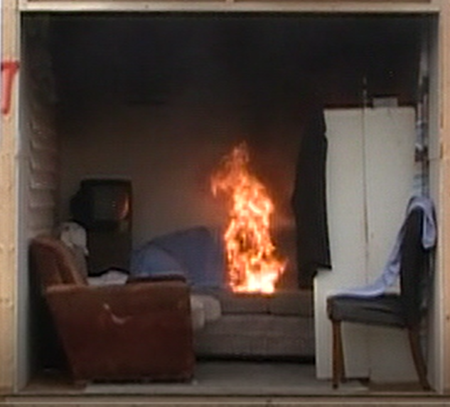 FireWise Consulting was operated for 13 years by three partners, including Ernie Polsom, Bob Turley, and recently retired Glen Sanders. This spring 2022, Glen retired and sold his share to Ernie Polsom. Polsom served as the fire chief in several western Canadian cities.  Polsom also spent many years working for the Office of the Fire Commissioner in Alberta, where he assisted many First Nations Communities. He enjoys the connection to First Nations by marriage and family. He is concerned about fire safety and other issues in First Nations communities in all regions of Canada.

FireWise Consulting was started in 2008 after a B.C. 2004 a Judgement of Inquiry looked into the line of duty death of a paid-on-call firefighter in Clearwater, B.C.. The inquiry made three recommendations. The most significant recommendation was that every fire department in the province of B.C. should be audited to comply with safety standards, best practices, equipment, and maintenance. 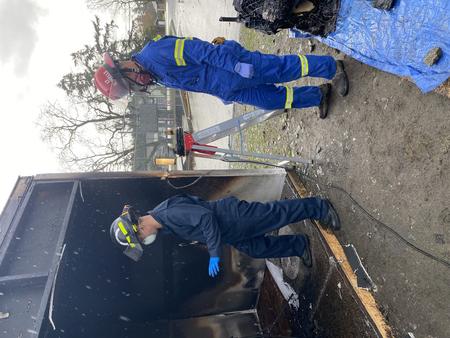 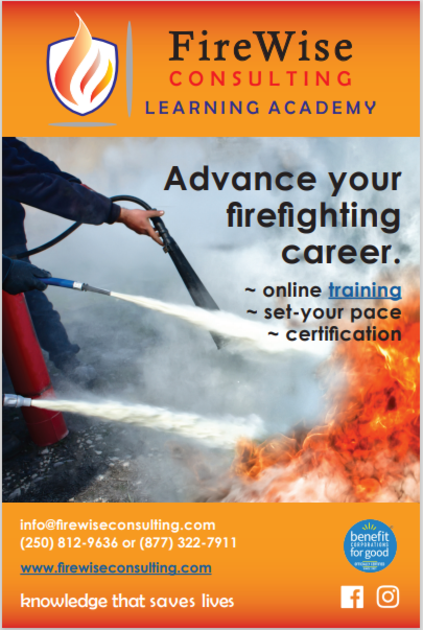 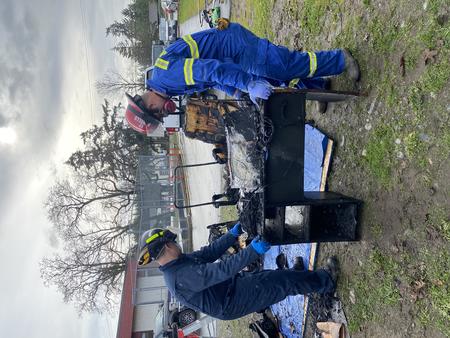 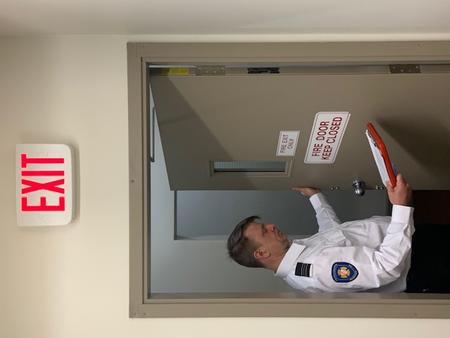 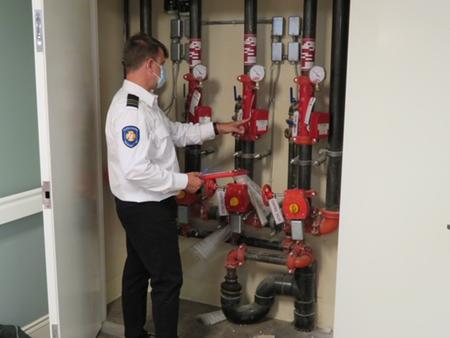 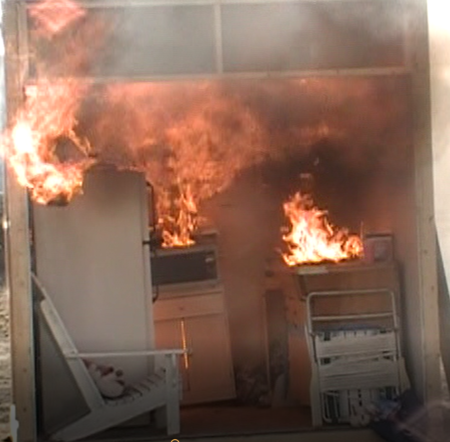