Are hatcheries in B.C. hurting or helping our wild Pacific Salmon stocks? by @markhumeglobe https://t.co/1LAt0IOh49 @PSF

It is a very real and serious situation, declining numbers of Chinook salmon returning to rivers in many areas of Canada’s Pacific coast. The disappearance has happened to countless water sheds on Vancouver Island. There is a large collection of fish hatcheries operated by Department of Fisheries and Oceans (DFO) and others in conjunction with community organizations and Indigenous communities. All hatcheries must follow DFO standard rearing practice model which is growing an S-zero type smolt released at 6 months old, i.e., adult spawn in October and juveniles are grown rapidly to attain a 3 to 5 gram release size by the following May. The number of DFO funded hatcheries adhering to the S-Zero approach is listed in the  Integrated Fisheries Management Plan.

According to the expert, this ongoing 40-year approach is not working and the release of millions of juveniles chinook have ever diminishing number of adult fish returning to spawn in the rivers.

"We know the harvest of wild seafood products has flatlined in the past 10 years, and demand for sea food products now sees upwards of 60% of what is being consumed provided from  "aquaculture worldwide."

Our expert operates a Pacific salmon hatchery and research program formerly growing Chinook salmon for aquaculture and a few hard-to-obtain enhancement projects. We asked what is the reason for, and solution to, the Chinook salmon problem?

"Over the past 12 years I have provided information to the DFO on how to improve and reverse the down-turn for Chinook salmon. This is based on 35 years hands on growing Chinook salmon. We looked at what DFO’s enhancement approach is, what we've learned growing Chinook for aquaculture and compared everything to the wild salmon lifecycle.

"Since 2003 we have submitted proposals to demonstrate that by incorporating changes at the fresh water rearing stage, ocean survivals can be drastically  improved. DFO current ocean survivals are .17 to .6% or less.  By our assessment this can be increased to 3 – 10%.

"In 2009 we were allowed to bring in eggs and grow Chinook smolts using our methods. Preliminary adult returns in 2013 to the Sarita River are showing 15-times or greater ocean survivals compared to DFO smolts. Simply put; our 48,000 juvenile releases of S-One should see 1500+ adult returns whereas 450,000 S-Zero releases by DF0 in the same river are seeing 700 to 1700 adult returns."

What are the reasons for your higher survival rates?

"The key to smolts higher survival is due to the type of smolts, their condition and how they are grown in fresh water. Information we have gathered demonstrates the predominant lifecycle for Vancouver island Chinook is a fish that spends one year rearing in fresh water before going to the ocean. This information is supported by technical reports and simple lifecycle profiling which demonstrates  wild Chinook are  .5 to 1.1 gram by the first of May, then spend an additional 12 months rearing in freshwater before they migrate to the ocean in April and May at 2 to 5 gram size, referred to as an S-One. By comparison, Coho, Steelhead and Sockeye all have a fresh water rearing duration from one to three years before going to the ocean.

"The freshwater nursery stage is extremely important for proper physiological development of the immune system.  By not having this fresh water development duration most of the enhanced S-Zero Chinook juveniles die from a common ocean bacterium in the first 4 months of ocean entry.

"In 2009 I gave a presentation at the Annual Aquaculture meeting entitled, 'Freshwater Hatchery Management Practices' which could be incorporated to "Re-build Wild Stocks of Chinook salmon”. AAC Advance Spec. Publ. No. 15 (2009). Dr. Beamish also did a study on Cowichan Chinook whereby only 1.8% of DFO’s smolts were alive 4 months after ocean entry verses 33.8% for wild."

What has DFO’s response been to this information?

"DFO maintains that all Vancouver Island Chinook are S-Zero type fish and go to the ocean by the first May at 3 to 5 grams. Under the Wild Salmon Policy they are obligated to grow fish similar to the wild. DFO also did several past S-One Trials saying they produced a large number of jacks and 3 year old instead of 4 year old females, with overall ocean survival similar to their S-Zero releases.  This information has been their bench mark on what to expect when rearing S-One smolts and why they do not work."

DFO’s comments on the higher survivals and returns, saying, "the number of adult returns are “substantial and extremely important."

How will this play into DFO’s future approach to chinook salmon management?

"Listed in the SEP 2014 IFMP are several 'New S-One Trials' for Chinook.  A number of these are for projects we have annually proposed but never been allowed to do."

Does this mean you will be growing the fish for the Trials?

"We annually submitted projects since 2003, from our hatchery and through committees to continue S-One projects. Only after I read the 2014 SEP IFMP on line posting for public comment, did I become aware that DFO has planned to do several new S-One Trials."

Were you part of the IFMP Process, which allows public and all small hatchery’s the opportunity to attend DFO meetings and submit proposals for the upcoming 2014 Season?

"Over the past four years DFO had instructed me to attend the local IFMP hatchery meetings. This year I was told I could not attend, for I was not part of their PIP program, and instead to attend an afternoon session for 'others', which ran out of time, so we simply had to email our projects.

"As well, since the ocean survivals have been so low for Chinook entries into Georgia Strait, I have asked over the past three years to be given an opportunity to attend the IFMP meetings for the Cowichan and present a proposal to grow a 50,000 entry group in the S-One program at our hatchery. I still have not been given any opportunity by the Department and have simply had to submit the projects by email.

"The Salmon Enhancement program prides itself through Public Involvement Program (PIP) working with hundreds of organizations and as part of their community outreach program. Through its PIP, DFO collaborates with community volunteer groups to undertake fish enhancement programs that are supposed to be open and unbiased. If this is not happening with regards to allowing you to participate, especially after what is most likely the “most important ocean survival information to come across DFO’s desk in the past 25 years from your efforts," all I can say is, what is going on?"

"We were told in order to participate we would need to gather letters in support. To date we have 16 letters in support from Huuayaht and Ucluelet First  Nations and others, including the City, Regional District, Recreational Fishing, Oak Bay Marine Group, Salmon Festival Society, Port Authority, BC Wildlife Federation etc. who have written directly to DFO specifically requesting to allow our participation and to work with us on this topic. It has been tough, I participate on a number of fisheries committees locally, and put a lot of my time, effort and resources to trying to make a difference and help to get the Chinook issue addressed."

What do you think needs to be done next?

"To date our hatchery program is the only one that has delivered proven S-One results, demonstrated by actual adult returns to the Sarita River. No one from DFO has ever asked what our program is. With several new Trials listed it is important the smolts be grown in our hatchery 'proven program’, allow the true results to come in and we will transfer the protocol and assist DFO facilities to set-up a program at all locations which will ensure success. Too much time has already gone by and it should not be subject to further set-backs.  We know we can provide a Chinook smolt that has more predictable, higher returns.

"DFO needs to make a common sense decision “or the betterment of the Chinook stocks, which is expected by the Canadian citizens who have entrusted DFO with the responsibility to best manage the fish.  They need to read all those letters and allow our participation to ensure the future S-One trials are successful. My assessment is, there is enough information  present to support immediate integration of an S-One smolt component to many of the ongoing projects, currently releasing over 20 million S-Zero smolts."

If the right decisions were made, what do you see for the Future?

A successful program is not solely measured by the number of juveniles released but more importantly the number of fish surviving to return as adults. Done properly, the integration of a successful S-One program will drastically improve many outcomes which are dependent on healthy large Chinook runs. It will, increase adult returns from a few hundred, back to historic thousands, ensuring the many runs  currently at a few hundred adult returns are less vulnerable to extirpation.

"It would revitalize economic prosperity to local First Nations, recreational and commercial fishers, in turn coastal communities who would all benefit through greater access of Chinook for harvest, reduce the number of brood stock removed and juveniles required  for smolt releases, leave greater numbers of adult fish to naturally spawn in the rivers, provide food to wildlife such as Orcas who target specific species and be a cost-savings to the Salmon Enhancement program as a whole."

Chinook Salmon are Disappearing and Management Changes Could Fix It 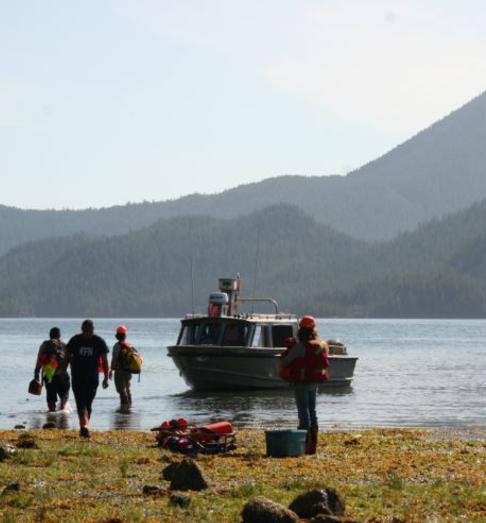