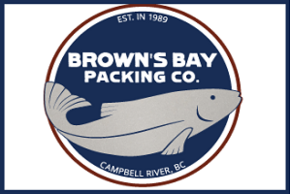 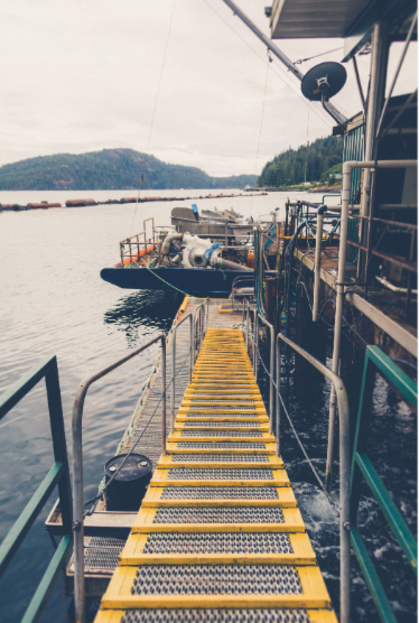 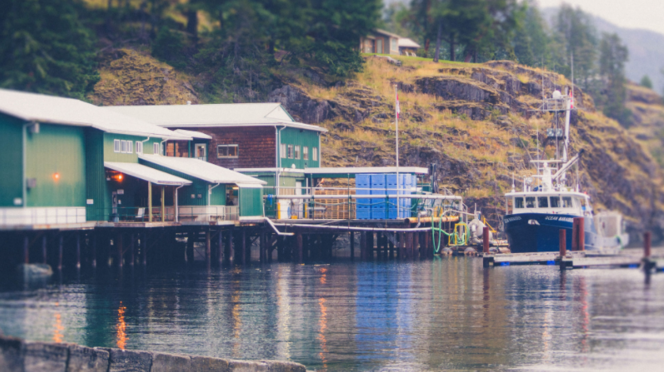 Brown's Bay Packing, he will say, is a nice fit for a family man from the west coast.

"I worked in the oil sands and we had many people on the ground. It was installing big equipment. There was $2.7 billion dollars of equipment waiting to be assembled when I arrived. And it was innovative design." The money was great working in Alberta but the Halls were busy raising a family which the commute to Fort McMurray made difficult. An opportunity arrived in  seafood processing facilities closer to home.

Hall knew a variety of industries existed on Vancouver Island, after all,  his career in facilities management began at a pulp and paper mill operating until 2010 in Campbell River. He knew one of the thriving industries in Port Hardy was the sustainable fish farm industry around North Vancouver Island and on the coast.

"They called me to be maintenance manager at a processing plant in Port Hardy. It would be commuting, just not as far. I was one year as maintenance manager, one year as operations manager, and seven years as processing director." Hall did project development at facilities operating on Vancouver Island up the coast, and down in the Lower Mainland. One project called for transition of a remote facility from processing whole fish to producing 'value added' product at a smoking plant.

"They needed a commercial grade kiln made in France, portioning machinery, and vacuum packing machinery. It sustains approximately 20 solid jobs." Hall watched changes take place in small communities with jobs and investment. He saw fish farming and fish and seafood processing becoming a huge local investment in the 'social capital' (human resources) of remote communities on Vancouver Island and along the coast of British Columbia. He saw a lot of people working to pull on the same chain.

Taking a position on the north end of Campbell River was an easy decision to make. Hall's family has always been in Campbell River, their daughter is enrolled at a local high school and their son attends university in eastern Canada. The location for work changing to Campbell River came at the same time as commuting to Port Hardy was taking its toll. Travel is arduous, float planes are exhausting, 350 kilometres one way from C.R. to Port Hardy on a lovely scenic highway is mind-numbing.

"I joined a good team," Hall says, "They base decisions on value and vision, value for the employees and vision for the direction the company is taking."

Hall brought organizational and financial goal-setting skills to day-to-day operations. "Our personnel comes from a lot of places, Campbell River, Comox Valley, and small towns and First Nation communities on the north island."

He calls it an inclusive workforce meeting the everyday challenges of delivering fresh processed fish to the markets of Canada, USA, and Asia. The challenges have been formidable in recent years.

But Canada is obviously an advanced economy, and Hall has played a role in keeping the machinery working in a few different industries, economic engines often competing in international economic development, as his curriculum vitae attests.

(Hall is a graduate of the UBC Sauter School of Business.) "We need people who think differently in a changing economy," he says. Brown's Bay Packing works in a salmon industry that performs throughout the year processing 100 percent fresh Atlantic salmon to be delivered head on, gutted, graded, and boxed in ice.

Brown's Bay Packing is a modern $30 million dollar plant. Shifts run from 6 a.m. when the first ship arrives with a harvest, and stops anywhere from noon to 3 p.m.. A fish packing vessel delivers fish to be processed at 37,000 lbs per hour up to 42,000 lbs per hour. The Atlantic salmon weigh out at 5 kg packed after processing.

The Brown's Bay Packing product is delivered 70 percent to the USA, 25 percent to Canada, and 5 percent to Asia. Everything arrives at its market destination with 24 to 48 hours.

"We were an essential service when Covid-19 caused the fish marketing industry to take food service to the next level for a while," as mandates altered the retail market. "We haven't missed a beat since March 2020. We implemented Covid-19 protocols for our employees and the people who deliver fish and pick up fish for transport. We hired extra cleaning staff. We had regular updates on rules and regulations.

"We are situated on three quarters of an acre, so it's not a huge space. We have a highly automated processing floor, where it has always been safety first. Our people are conscious of all health and safety rules. We promote a philosophy of care and concern. You know, in the old days, somebody might last 10 years in grueling work conditions of a fish plant. Now they can make a life-long career including reduced risk of injury and burn-out." Brown's Bay Packing has more than a few 20 year employees and is proud of a strong employee retention record.

Being declared an essential service helped Brown's Bay Packing work through the Covid-19 pandemic. "The fish farms had fish to get out to market. The freight companies  adjusted logistics with BC Ferries and others. Flights to Canada, USA, and Asia departed nightly delivering our fresh fish." No mean feat to deliver fresh food during a global pandemic. The workforce at Brown's Bay Packing were proud of their achievements and deservedly so. Now they have at least two years of clear sailing on delivering fresh seafood to the world, as long as they have fish to move.